Have you heard the one about Goldman Sachs investing $9.6 million into the Adolescent Behavioural Learning Experience (ABLE) programme at Rikers Island penitentiary in New York? No? It’s a corker.

But it’s no joke. It is a disturbing example of what can happen when big finance gets involved in public policy.

It’s also one of the most baffling examples of “impact investing” anywhere on the planet.

It’s a long piece so if you want a bullet point version:

If that sounds bizarre, wait until you read the details… 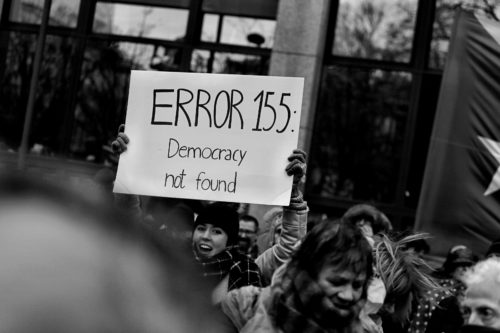 Nonprofit organisation MRDC constructed the SIB programme – to reduce youth recidivism rates at Rikers Island Prison in New York – called the Adolescent Behavioural Learning Experience (ABLE). It was financed with a $9.6m loan from Goldman Sachs and guaranteed for $7.2m by Bloomberg Philanthropies.

If the ABLE programme worked, the City of New York (and ultimately the taxpayer) would pay back the loan with an additional 22% success fee ($2.1m) to Goldman Sachs via MRDC. If the programme failed, the City would pay nothing.

The results of the programme (2012-2013) were control-group studied in depth by the Vera Institute of Justice (a nonprofit think tank) for the City and found to be completely ineffective. Yet, curiously, MRDC declared the SIB was a success. They point out that the ABLE project was financed by the private sector and didn’t cost the taxpayers of New York anything, because of the bond’s “pay for success” conditions. This is (in MRDC’s reckoning) a successful outcome.

That’s right. The social impact bond failed to make a social impact, which demonstrates social impact bonds are a success… according to the organisation that was responsible for creating the failed social impact bond. This SIB could only be regarded as a success in terms akin to an empty fire extinguisher, i.e. it might technically demonstrate how the mechanism works, but it’s still useless for solving the problem it was designed to solve.

MRDC’s assessment also ignores the cost of failed social programmes. Juvenile recidivism obviously costs the taxpayers of New York. That’s why the city authorities agreed to pay back the Goldman Sachs loan plus a 22% bonus if it was a success. Additionally, failed public-private finance initiatives contribute to reduced tax revenues because of their propensity to be written-off as losses against tax liabilities. It facilitates tax avoidance and increases the financial pressure on public services.

A failed SIB is a loss in the public policy scheme of things.

When you delve into the details of the ABLE project, there’s a disturbing undercurrent of malfeasance in the “behavioural education” on offer to the teenagers in the project. This has been explored in depth in an excellent article by Sarah Beller, associate editor of Influence magazine and is well worth the read.

Things start looking weird when you examine the type of therapy selected for the project, called Moral Reconation Therapy, or MRT.  It’s referred to as a “type of Cognitive Behavioural Therapy” by MRDC. But that’s like referring to homeopathy as a “type of medicine”, stretching the definition of CBT beyond any reasonable interpretation of the term.

Cognitive Behavioural Therapy works effectively in mental health treatments. It is derived from a huge body of research, it is evidence-based, peer-reviewed and rooted in scientifically validated cognitive and behavioural theories. It’s hard to judge how effective CBT is at addressing re-offending because repeat offending behaviours are influenced by a raft of issues like poverty, deprivation, untreated mental illness, drug and alcohol problems and so on. However that is beside the point because Moral Reconation Therapy is not, by any meaningful academic or psychiatric measure, a form of CBT.

In fact, “reconation” isn’t even in the dictionary. Because it’s not a proper word. MRT was described to me by a senior NHS psychologist (an expert in forensic psychology, who wishes to remain nameless due to connections with US research projects) as more like “amateur dentistry”. It might adopt the trappings of the real thing, but it’s clearly not an equivalent treatment option.

MRT therapy was selected by MRDC because 3 out of the 4 studies they reviewed (on MRTs efficacy for reducing recidivism in prison inmates) were overwhelming successes. But the 3 successful studies were conducted by the people who created MRT. The 4th unsuccessful study was not.

If that sounds a bit suspect, consider the fact that the creators of MRT are also the sole suppliers of MRT practitioner training via a secretive private company called Correctional Counselling. Unlike CBT practicioners who are regulated by a number of professional bodies and trained by dozens of reputable organisations worldwide. MRT course materials are also only available if you pay Correctional Counselling to attend a training course. Unlike the vast array of peer-reviewed CBT materials available in the public domain. MRT and Correctional Counselling’s business bears more than a passing resemblance to a classic “bait and switch” scam, like Trump University. A hard sell, big promises, lousy results.

But, even worse (yes, it can get worse) the MRT materials that have leaked out into the world appear to be lifted almost entirely from The Church of Scientology’s “Scientology Handbook” and its quasi-religious “states of existence”. Which were themselves cribbed (and twisted beyond recognition) from the Alcoholics Anonymous 12-step programme.

Yes. Scientology.  As in “they kidnapped my daughter”.  The organisation created in the 1950s by scifi-writer-turned-multimillionaire-cultist L. Ron Hubbard. In fact, the acronym ABLE is already in use by the Scientologists, who set-up an umbrella organisation “Association for Better Living and Education” to administer social programmes. Including their prisoner rehabilitation programmes. What a coincidence.

But the similarities with Scientology don’t end there. Like The Church of Scientology, Correctional Counselling purports to be a life changing, humanist organisation but is in reality, a highly profitable business enterprise. Additionally, MRT’s founders (Ken Robinson and Greg Little) are, like Scientology’s pseudo-scientific quack intellectuals, neither respected academics nor practitioners with a body of peer-reviewed research to back them up.

Dr. Ken Robinson has a PhD in educational psychology, but he gained his doctorate after setting up Correctional Counselling to sell MRT programmes into the US penal system. MRT’s other founder, Dr. Greg Little, describes himself as a “Paranormal Investigator, Ancient Mystery Explorer, UFO Theorist… and more”. In other words, a pseudo-scientific charlatan.

A hard-nosed businessmen and a pseudo-scientific charlatan? Sounds like L.Ron Hubbard himself. Hardly surprising it ABLE failed, is it?

But wait, it gets even worse. Again.

Too good to be true?

This whole SIB project is like something lifted from a comedy skit about amoral casino bankers. It’s an investment that delivers a financial return from… wait for it… teenage inmates in one of America’s top 10 most brutal prisons (from over 5,000 in the country). You couldn’t make it up. Nor could you make up the financial opportunity the SIB represented for Goldman Sachs.

Goldman made a $9.6 million loan, guaranteed for $7.2 million by Bloomberg Philanthropies. When the ABLE project was deemed a failure, Bloomberg paid Goldman the $7.2 million guarantee and Goldman lost the rest.

In simple terms, Goldman risked the difference – $2.4 million – to make a potential $2.1 million, equating to an 87% return on the exposed portion of their investment. And that exposure was questionable.  For a global organisation valued at over $73 billion, an organisation also highly skilled in tax planning and accounting, even that $2.4m loss could be turned into a win, because it’s easy to write off as an above-the-line charitable loss to a worthy social cause.

With the possibility of an 87% return on their investment risk, you can understand why Goldman thought this investment opportunity was worth a punt.  Despite the fact it was a bond built on treating teenage drug offenders at one of the most brutal prisons in the USA, based on therapies dreamed-up by a UFO investigating ghost hunter, using ideas from a crackpot cult like Scientology.

This story might be funny if it wasn’t hailed as a successful market test of SIBs, an exemplar of an innovative new way to finance public policy programmes and tackle deep rooted social problems, affecting some of the most deprived children in the USA.

The story reads like a comedy of errors, but it’s closer to a tragedy. And an epic one, at that.