Further reading: Soccernomics: Why England Lose, Why Germany, Spain and France Win, and Why One Day the Rest of the World Will Finally Catch Up 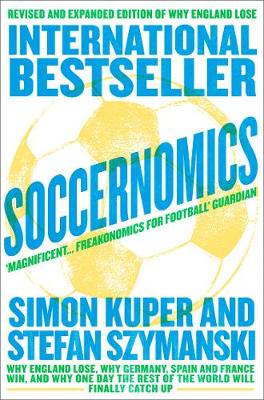 With football’s Euro Championships under way, many people love the passion that comes with supporting their team. But this reminds us that many more people feel disconnected from domestic football, not because of a pandemic or stadium exclusions, it’s much more about absentee owners, sky high ticket prices and the ruthless fracturing of the fan-club relationship.

So how much is rampant profit seeking ripping the soul out of the beautiful game?

Host, Ross Ashcroft, met up with Author and Professor of Sport Management, Stefan Szymanski, and Football writer and Author, Devon Rowcliffe, to discuss.

In the clutches of the beast

Famously, the poet and playwright, Oscar Wilde said: “Nowadays people know the price of everything and the value of nothing.” One of the fundamental features of neoliberalism is the way in which the commodification of society results in the monetization of almost all human value systems. An example of this happened during Prime Ministers Questions on June 30, when both Boris Johnson and Keir Starmer waxed lyrical about the beautiful game while hundreds of thousands of workers face redundancy.

The question is, do fan-owned clubs offer a solution to a football culture in the process of losing its soul in the face of rampant commercialization? Stefan Szymanski notes that over the last three decades ownership of football clubs have become increasingly concentrated into the hands of oligarchs that has coincided with the growing popularity of the sport. But the problem is this alignment has resulted in a greater pressure to change the structure of the game.

The key aspect in maintaining the public’s interest in football, is the promotion-relegation system. But says, Szymanski, over the last year there has been a push to undermine this or to limit access to top level competition. The underlying agenda of the oligarchs is to shift the existing structure to a closed and fixed North American style model conditional on the payment of extortionate entry fees which would neither be good for the long-term health of the game, nor be in the best interests of fans concerned about the possibility of their clubs falling into insolvency.

These fans have an interest in ensuring that the clubs they support and the leagues in which they compete are successful. However, the paradox is that ‘too much success’ among the most dominant and financially invested clubs is likely to undermine the competitiveness of the leagues’ they play in.

Szymanski claims that there is a good argument for giving fans a bigger say in the running of clubs along the lines of the German system. Although there was never a golden age in Britain in which fans played a pivotal role in the running of their clubs, it’s the issue of financialization that marks a paradigm shift within the game in recent decades.

Manchester United is an example of a high profile club that was used by its owners, the Glazers, as a debt lumbering financial instrument to the detriment of fans. According to Szymanski, there is a positive flip side to these financial shenanigans reflected both in the massive global interest in the Premier League over the years, and the ability of football to buck the bankruptcy trend often associated with how capitalism works:

“Normally, a bankrupt club would go to the wall and vanish completely, but that’s not happened anywhere, really, to any significant degree in the world of football, not just in England, but across Europe. And I think what’s important to think about is how to make sure that fans have involvement in their clubs and feel that the club is committed to them, rather than necessarily saying that there is only one way of doing things or only one form of ownership”, says Szymanski.

One approach that’s been mooted to allegedly help create a more even playing field in the game over the years, is the widely discredited notion of trickle down economics. Szymanski says it is a mistake the think that teams lower down the leagues develop talent which they then trade to the bigger clubs and therefore survive financially.

“Moreover”, says Szymanski, “the fact is, the transfer system itself is an inequity. Players are traded like assets as if they were horseflesh and treated in ways which no other employees are treated”.

The author proposes that the transfer of players be replaced with an insurance-style system. In this scenario, clubs in each league or country would pay a fixed percentage of revenue into a central fund, which financially struggling teams would be able to exchange on condition that fans be given a significant voice in the way clubs are run.

“My proposal is to create a kind of a bailout fund in perpetuity based on the revenues that the clubs generate in good times. And I think with that kind of reform, we can preserve the system and actually have football operating in the way that most of us would like to see”, says Szymanski.

Devon Rowcliffe has written, and thought a lot about, fan ownership in football. The author says that there are historical reasons why levels of fan ownership in the British game are so low:

“When football clubs were first organised in the UK, they tended to be amateur and membership run societies. But by the 1800s they became professionalized and essentially privately owned companies which is where we are today. Many other countries decided to keep membership-driven societies as their football clubs. In fact, it’s legally required for all sports clubs, even at the professional level, to be membership-owned in countries like Germany, Norway, Sweden, Turkey, Argentina, etc.. So it’s just a different culture.”

Rowcliffe explains how many of today’s clubs are primarily motivated by profit. But also, there has been a trend of owners using clubs as vanity projects. The lack of consultation with fans in the failed Super League project, and the monetization of all aspects of the game, has meant that supporters are becoming increasingly alienated from it at the highest level.

But with around 65 clubs in the UK currently fan-owned, there is some light at the end of the tunnel for fans who have began to shift their allegiances away from the big clubs towards grass roots football. The well publicised grovelling apologies to fans from Liverpool and Manchester United Football Clubs, is an indication that the elites in football are aware that they can no longer take their customers for granted. 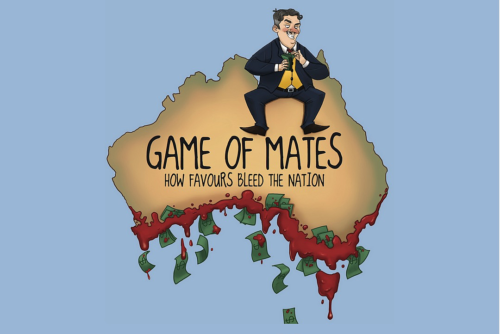 Game Of Mates: Nepotism Is Costing The Economy Billions

Rowcliffe says that fans are aware that they have a lot more power than they did in the past and they’re willing to flex that muscle. The authors research points to the fact that clubs in countries like Germany, Norway, Sweden, Argentina and Turkey have a long tradition of listening to fans and constantly consult and engage with them. Rowcliffe suggests that Germany’s 50 percent plus one system, is an example of how clubs in that country appear to be getting the fan-owner relationship balance right.

Legislation in Germany requires clubs to become member-owned societies which includes an option to invite outside investment while fans continue to hold majority control over the running of their clubs. This includes the ability to veto any investment decisions they disagree with. Rowcliffe claims that this consultation ethos not only played a critical role in Bayern Munich’s final decision to reject the European Super League concept, but that it helped push the Bundesliga to alter kick-off times for the convenience of fans as opposed to satisfying the commercial interests of clubs.

The point Rowcliffe makes is that the fan-owned club ethos is far more attuned to meeting the needs of local communities and fans than the profit-maximizing models adopted by clubs in the Premier League. Rowcliffe stresses that Bayern Munich’s multiple successes on the pitch at the highest domestic and European levels, is an illustration of how the fan-owned community ethos and the rejection of English-style models of investment, do not preclude the ability of fan-owned clubs from being competitive on the pitch.

The author adds that this kind of ethos is more prevalent at smaller clubs and points to Shamrock Rovers in Ireland as a good model for English clubs to adopt.

As fans become disillusioned with, and alienated from, the corporate greed associated with the big clubs, they will increasingly turn to the small, fan-owned, community-run clubs which for many engender a far more rewarding experience than spending money and time at stadiums like Stamford Bridge and the Emirates.

Some of the world’s biggest clubs – River Plate in Argentina, Bayern Munich in Germany and Besiktas in Turkey – are all fan-owned. The big clubs in England might consider adopting a similar model into their long-term business plans. Failing to do so, could result in their owners losing out on the support of future generations of fans.