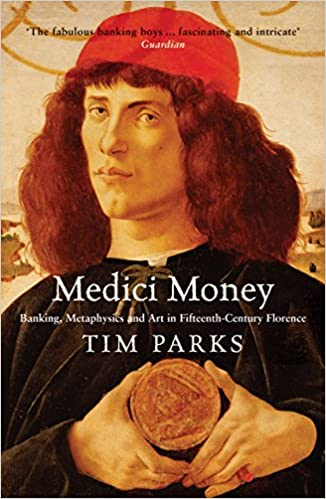 The Renaissance is known as a foundation stone of the modern world through both its art and ideas. But lesser known is that it was also a time when the modern banking system was created.

The Medici Bank was the most influential. Yet the trouble it attracted with the church and the state over using usury as a business model is a problem that our societies still face today.

Host, Ross Ashcroft, met up with Author of Medici Money, Tim Parks, to discuss the Medici banking dynasty and its legacy.

Everything has a price

The economist, Steve Keen, pointed out that the system of financialization and the measurement of everything in monetary terms is damaging to society. While it is perhaps tempting to lay the blame for this solely on neoliberalism, the truth is nevertheless more complex than many economic historians would lead us to believe. Ever since money was created as a universal means of exchange, all goods and services have had a monetary price attached to them.

Paper money began to supplant gold money because the former is more mobile, less visible and is less likely to be traced than the latter. In being more nebulous than gold, paper money was able to spread widely throughout society during the Renaissance.

Tim Parks outlines, astutely, the rationale for the growth in paper money during this period:

In a society where people become rich as a result of paper money investments, the whole of society becomes much more fluid and correspondingly, more unstable. It is through this money-making pyramid concept during the Renaissance-era of banking that we are able to make sense of synthetic credit and derivative swaps today.

In order to help us understand these connections further and to provide a greater insight into the Medici Banks contribution to how modern banking is perceived, Tim Parks provides us with an invaluable history lesson. Starting in around 1398 and running to 1497, the Medici Bank solved the problem of bad loans to the King of England which had destroyed the Peruzzi and Bardi Bank dynasty’s that preceded it.

“What the Medici did”, says Parks, “was they more or less invented a kind of holding company to prevent the same kinds of collapses happening in the future. But more than any other group, the Medici intuitively began to look at how money could be made respectable. So it was the Medici Bank that started the major investments in church architecture and the huge charitable operations, spending money on everybody to get consensus and in that way, moving into politics as well.”

The problem for the Medici was how to reconcile the ‘sin’ of usury with the notion of ‘respectable’ money. The Medici were able to get around this in two ways: First, they invented the bill of exchange which was used to hide interest in a currency exchange, and second, the Medici’s invested in the church, transforming it from an austere space to one of luxury. Thus, under the Medici, the church became a more comfortable place. The purpose was to absolve the rich of any guilt they may have felt and to cleanse their consciousness by attempting to pass off their actions as virtuous in the eyes of God.

Parks notes that we see a similar process play out today in terms of the way banks invest in sports, cultural programmes and their sponsoring of museums and art galleries. But marrying commercial activity with pleasing the omnipotent judge at the top of the pyramid isn’t an easy task as Cosimo de Medici himself would have attested. In the 1430s, as head of the bank, Cosimo discussed with the then Pope about how this situation could be best resolved. 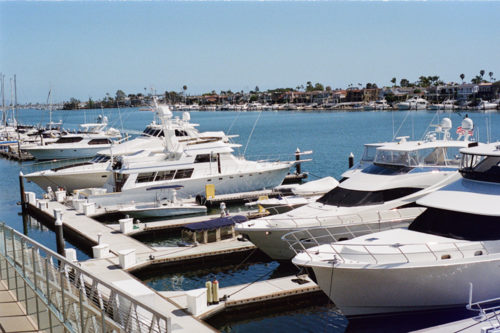 Parks takes up the story:

“The Pope pressed Medici to spend 10,000 florins (equivalent to the price of 10 skyscrapers today) renovating the Convent of San Marco, which was in disrepair. Cosimo agreed on the condition that the Pope change the monks in the convent with Dominicans who were poor and righteous. So this rich man actually insists on a religion which is terribly serious. And then when he has it renovated, he introduces a beautiful library full of books and he has his own private cell built close to the cells of the monks. And in his cell there’s a beautiful fresco of The Three Magi which he has inscribed in stone with the words, ‘This is for the forgiveness of my sins’. And then he has Fra Angelico do these wonderful images of Christian suffering, of the beauty of the Madonna, the Annunciation and so on.”

“In the refectory where Cosimo didn’t go, one of the monks wrote on one of the paintings, ‘May damnation fall on he who has brought money into our house’. So not everybody was on board. There was this constant tension that was actually very fertile because the more tense it was, the more beautiful the objects became. And then you had the backlash with Savonarola who said, ‘no, that’s enough’. And he became head of the Convent of San Marco. Then you have the Bonfire of the Vanities and beautiful paintings being burnt in the public square. These tensions are going on today. You can find poems from the 12th century that are saying exactly the same thing.“

What is also relevant from the Medici-era, is the moral basis upon which people today object to usury without realizing that interest is often hidden within certain kinds of loans. Sharia law-based loans are an example of this practice in which interest is buried in some way to morally cleanse it but ultimately remains an interest bearing system where costs are passed onto the punter.

Parks argues that the very people today who complain from a position of morality about there being money ties to everything, are making exactly the same complaint about money that the people who objected to usury were making during the Medici-era.

The reaction to Renaissance-period morality and its relevance today, is underlined in The Prince. a political-philosophical treatise by Medici-contemporary, Niccolo Machiavelli. It seems that almost every CEO or chairman of any finance company is keen to cite The Prince as their favourite book to try to gain advantage over the competition.

Parks says the book is much maligned and misunderstood. “It’s not really a book about how to cheat people”, says the author. Rather, it was written in the hope of enabling Machiavelli to return to politics following his period in domestic exile. The basic idea behind the book was to help people achieve power and stay in power. Everything is prioritized to that end, regardless of morality. As such, Machiavelli is a pragmatist – one of the world’s greatest, according to Parks.

“Machiavelli believed that stability at the top was probably the best thing for any state. As long as the leader wasn’t absolutely cruel and terrible, then stability was actually in everybody’s interest”, says Parks.

It is easy to see how Machiavelli, who favoured stability, would have been a controversial figure during the Medici-era in the context where usury and paper money were seen as its antithesis.

The similarities between the Medici’s and the modern banking system – usury, lending money, credit notes, double entry bookkeeping – are striking. It’s all there today, and has been throughout history. But so has our really difficult relationship between money, government, God, morality and each other.

The tensions between those things also resonate today. This can be seen, for example, in the way that some people destroy their lives chasing fiat currency. The solution to the malaise is to find some sort of equilibrium between being obsessed by money and dropping out of society completely.