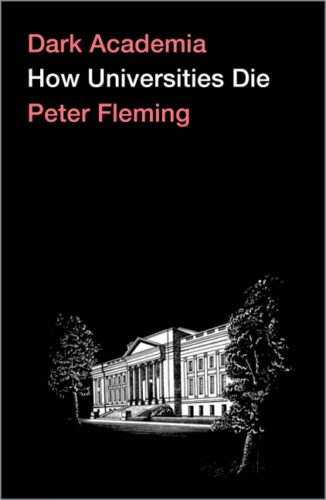 One of the biggest Covid-19 casualties, globally, has been education.

But something that many have missed during the pandemic is that the higher education crisis is being ruthlessly exploited. Management teams and consultants think that they can now, without all that pesky academic consultation, make megabucks by cementing a fully neoliberal educational regime.

Renegade Inc. host, Ross Ashcroft, met up with Author and Professor of Organisation Studies at Sydney’s University of Technology, Peter Fleming, to discuss.

The situation not just in education in schools, but also academia, had been deteriorating for many years prior to the onset of Covid-19, but recent developments have exacerbated them. The pandemic has resulted in a difficult period of uncertainty and the situation is likely to get worse as the pernicious influence of neoliberalism in university education, begins to bite hard.

Peter Fleming explains that the underlying factors driving the decline in universities and higher education are more generally in this neoliberal direction:

“It comes from an economist’s abstract view of society, that universities should treat themselves as if they were businesses and reproduce all of the kind of internal structures that a private enterprise has”, says Fleming.

The result has been the emergence of hierarchies, managerialism and authority structures in universities which, at the same time, are competing with one another for debt-burdened fee paying students.

The functioning of these higher education structures arguably reached their nadir in 2019. In his book, Dead Teacher Working. Fleming highlights how a university in Montreal claimed the ownership of a deceased professors IP address and continued using it as an educational tool for students whilst taking student fees.

The incident is indicative of how under neoliberalism everything is seen through the prism of profit and loss. Since the pandemic, the ‘exchangeable’ internet system of learning has become increasingly normalized in universities. The logic that underpins the management decision to use exchangeable material for teaching purposes, is that people themselves are not considered to be important, rather, it’s their replicated output, even when dead, that matters.

The neoliberal rent seeking consultancy, PWC, is one company that is set to exploit the pandemic by integrating the dehumanizing aspect of Covid-19 into its business plans and then feed them to students. The kinds of cost saving efficiencies that universities have spent many years attempting to implement prior to the pandemic are being put online practically overnight.

Whilst these changes benefit university executives and their interests, they are not good for teachers and students on the ground who are having to deliver and receive endless classes online, fill institutional holes and mop up problems. Essentially, senior executives in universities treat the organisation as a corporation and as part of what Fleming describes as “the financialization of academic consciousness.”

Financialization is a classic TINA neoliberal playbook that few people further down the chain are buying into because they see within it a template for rising inequality, job losses and the sinking of entire institutions. Neoliberal universities represent an unhealthy, highly stratified, non-learning environment consisting of so-called job creators at the top, wage slaves in the middle and debt peon students at the bottom.

Fleming says that each of these three groups have a set of misaligned and contradictory interests:

“Many senior executives, for example, aren’t actually academics and they’re trying to meet the expectations of their stakeholders.”

In his book, Dark Academia: How Universities Die, the author is at pains to convey that although many of the academics in the middle are subjected to fear tactics, not all are victims since many buy into, and are incentivized by, a neoliberal system that often rewards their efforts highly. It isn’t just the managerial class, in other words, who are getting the massive salaries, rather, there are many others within the system – even students that want to get the best grade they can by any means possible – who are complicit in moving towards financialization.

How this plays out from a critical academic perspective

Professor Steve Keen is an academic who was driven out of Sydney and left London because of the growth in managerialism within the education system. In reiterating much of the above, Keen explains what he thinks the real problem professors now face:

“I left academia because it got to the point that bureaucrats were dotting every I and crossing every T in what I had to do in research and in teaching. They gave me trivial, boring tasks supposedly as an example of cost cutting that used to be provided by the bureaucrat they’d sacked in the faculty office to give the impression that the faculty was much more efficient.”

“It all became performance management assessed by bureaucrats. That is part and parcel of this neoliberal push in universities where you now have this God Vice Chancellor, who was normally a failed academic sitting above you deciding how the bureaucrats and the Department of Education provide funding for you. The whole thing is a total bureaucratic circus, which is a side effect of turning it into a marketing exercise that basically sees you as a cost centre to be minimized. It’s been a total destruction in the quality of university education by commercializing it.”

Keen’s experience is indicative of the dark underbelly of today’s neoliberal university as depicted by Fleming in his book. This dark underbelly is also reflected in other ways. In order to pull the wool over people’s eyes and to justify their salaries, university consultants have had to hijack the language. This has been achieved by introducing a plethora of fancy buzzword phrases into the lexicon. 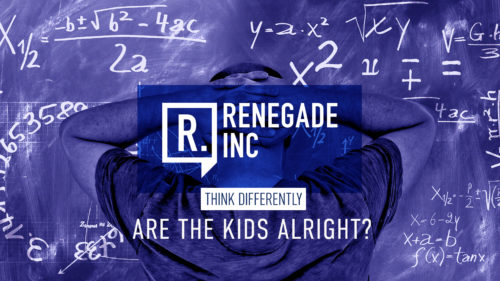 Are the Kids Alright?

Fleming says that the underbelly he describes is the antithesis of the kinds of institutional values he holds which is the reason why he wrote the book:

“This is why there’s such a fissure at the heart of the university. It’s like a schizophrenic institution. We want to be a business. We want to economize everything. But we want knowledge for knowledge sake as well. So it seems to be a real kind of cultural war at the heart of the university with the lists of subjects that will get you a job becoming increasingly narrower to the point where a lot of things that we think ought to be studied in the universities are no longer being supported by the institution.”

The question that goes to the heart of the role of the university and society under neoliberalism is David Graeber’s notion of meaningless Bull*hit Jobs in which people are trained to do mindless activity so that people further up the chain can make more profits.

The dilemma universities face is how best to reconcile the inquisitive and critical thinking skills relating to the vocational side of the equation with the practical needs of employees and employers operating within technically high skilled industries under neoliberalism. As Fleming intimates, it’s a difficult circle to square:

“I know that a lot of universities are really struggling with this question. I think one of the problems that has caused this is this very myopic view of what the role of the university is. If it’s a training centre, what does it mean for all of the things that historically make up a university that might not fit into that picture? Do we just discard all of that? And, of course, universities are saying to themselves, well, if we do that, then we’re no longer quite universities, are we?” says Fleming.

“I also think it’s created a kind of a division between the elite universities who can afford to treat themselves as non-trading centre educational facilities. They don’t have to go through this whole rigmarole that middle tier and lower tier universities have to go through. And so that’s an interesting outcome of this kind of class division in the way in which universities are stacked in relation to this ideology.”