Government temporary measures are rarely temporary. In this age of surveillance, very few people know that travel passports were once meant to be temporary. But World War I brought in harsh restrictions on the freedom of movement.

So what are the consequences to immunity or vaccine passports? And will these temporary measures become the norm as we gradually forget that freedom is a natural condition?

The current direction of travel within political and media establishment circles, would seem to suggest that the introduction of vaccination immunity passports, both domestically and internationally, is soon to become a reality.

Ostensibly, these passports will highlight antibodies and whether the public have been inoculated against Covid-19 or have received one of the various tests.

David Nolan, founder of StopCommonPass says that, domestically, these immunity passports could be used in a digital form as a condition for entry into bars, cafes, restaurants, theatres and large scale events.

Already, there has been a rollout of these passports in China, while Iceland and some other European countries are on the cusp of implementing them. Israel, which is currently getting a lot of media attention, has rolled out a digital free ‘green pass’, initially on a six month basis, but with the view to a probable indefinite extension.

The ability of Israeli’s to obtain the pass and hence gain access to gyms, swimming pools, restaurants, hotels and other leisure facilities, is based on evidence that they have taken two vaccine shots.

Although the passes are verifiable through an app or barcoded paper, they have nevertheless been beset by technological malfunctions and bugs. This is providing open season for forgers leading to possible privacy breaches.

The UK government appear to be content to overlook these flaws. The extent to which ministers are likely to oversee the implementation of an Israeli-style model for vaccine passports will depend, says Nolan, on the result of a March 15 Cabinet Office-issued white paper.

Nolan notes that the digital aspect of the passports raises ethical concerns around the possibility of mission creep and the misuse of data linked to health records, as well as broader constitutional rights issues:

“Vaccine passports are incompatible with our civil liberties and human rights which will not only help bring us into a two tiered society, but will fractalize society. I would go so far as even saying that if the British government were to implement these draconian measures it could actually lead us to some form of civil unrest”, says Nolan.

The notion that issues around vaccine passports have the potential to undermine civil liberties is shared by Robin Tilbrook of Lawyers for Liberty:

“Only today we’ve heard that the government is talking about making it compulsory for people working in care homes to have a vaccine. One of our concerns is that the government has been changing the regulations without any oversight by parliament”, says Tilbrook.

“Vaccine passports are ‘not our route back to normality’. They are our route to permanent abnormality, a nightmarish checkpoint ´Where are your papers?’ society of medical apartheid, discrimination and digital slavery.”

Clark, has long argued that the overriding strategy of the UK government is not based on public health concerns, but to ensure the feasibility of vaccine passports by ramping up vaccine take-up among both adults and children:

“Once you understand vaccine passports – the gateway to a digitalized social credit restricted access system are the end goal everything else makes sense”, says Clark. 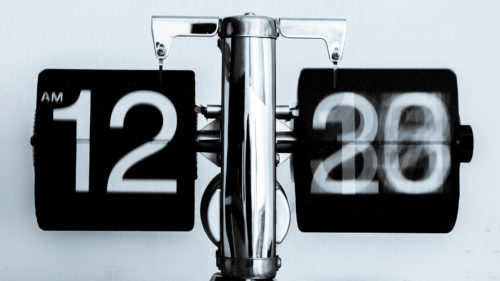 Other issues of concern

The civil liberty implications of vaccine passports is the raison d’être for Alexis Hancock, Director of the Electronic Frontier Foundation. Hancock posits that different types of ethically-based technical solutions around the vaccine scenario dovetails into the immunity passport debate.

Hancock is worried that a digital passport might be required to obtain certain goods and services. Access to a digital passport would depend on information contained within medical records confirming whether or not somebody has been vaccinated. The problem is that access to this information as a precursor to obtaining goods and services could be prevented by privacy laws.

Another concern flagged up by Hancock relates to vaccination data-sets which can be easily correlated with sets of data from other countries with different data privacy laws that may already be available on-line.

A third concern is efficacy and the illusion of efficacy:

“We still don’t know enough about these vaccines, about how Covid is spread and how effective it is for herd immunity. We don’t want to give people a false sense of it actually being over. We’re looking to health experts to guide us on that. But we don’t want to roll out a permanent solution for a situation that we hope is temporary”, says Hancock.

The Director of EFF is also concerned that companies’ desire for profit and the headlong rush to open things back up could be to the detriment of public health:

“I believe that private companies are being opportunistic when it comes to presenting their solutions to governments, more so than thinking about the consumer themselves. They haven’t been transparent about how they’re preserving privacy, the technicality behind it and the technology that they’re using.”

“I’m very worried about that rush into opening the economy when we don’t know yet how different vaccines are going to be effective in the long run. And I don’t think we should establish and test these new systems of vaccine passports during a pandemic. This is not the time to test our technology. This is a time to get people the access that they need and the health care that they need and be set up for success later rather than rushing them back in.”

Hancock appears to be even less reassured on the issue of blockchains arguing that they are far from a ‘silver bullet’ solution. Covid data testing, for example, has proven to be unreliable. Also, once data is on a blockchain ledger it cannot be deleted or altered. “I’m wary when I hear blockchain in these digital passport solutions and I get worried that people are being more opportunistic than they are really thinking about user privacy”, says Hancock.

The EFF Director is mindful of the prospect that if, or when, vaccine passports are put in place, governments’ will try to create permanent solutions out of temporary ones, thus normalizing restrictions on freedom of movement similar to the way passports became normalized after WW1.

There is something extremely sinister about the way governments’ seem to be intent on introducing vaccine passports in a scenario where freedom is digitally granted only to those who comply to having the vaccine. Under these conditions, society would become a slave to unaccountable Big Pharma dictates, which once begun, will never end.