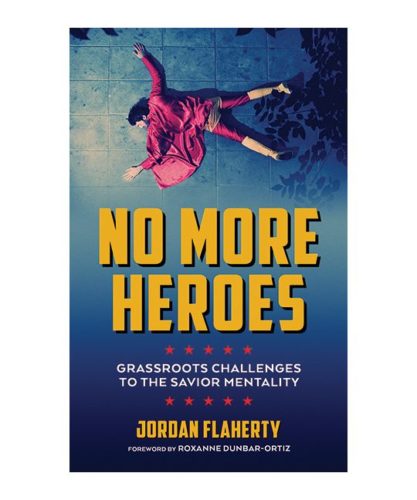 Has the pernicious creation of hero or saviour complexes derailed the collective good? Host, Ross Ashcroft, met up with Journalist and Author, Jordan Flaherty and Executive Director of Adeso, Degan Ali, to discuss.

Albert Einstein once said that you cannot solve a problem with the same mindset that created it. The notion that the philanthropic deeds of the rich are regarded as potential solutions to structurally-based social and economic injustices, is a theme that is central to the thinking of journalist and author, Jordan Flaherty. In his book, No More Heroes, Flaherty covers the sort of hero complex or hero mentality phenomena similar to the great man theory of history critiqued by Einstein.

Flaherty says that one aspect of this is the tendency to airbrush the hopes and dreams of grass roots movements. Saviours from above co-opt the aims of these movements and undermine their collective strength in order to bolster their own financial and economic interests. Saviours are then able to take credit for any shift in public consciousness that arise from successful mass mobilisations.

Flaherty adds that the contemporary prevalence of this disempowering hero complex/saviour mentality is rooted in the depiction of Hollywood characters as single protagonist superheroes. “When we see these stories from a young age, we start to get this idea that that’s how change happens”, says Flaherty.

The ‘civilizing’ missions of organisations such as Teach First and Teach for America embody this superhero mentality. Many privileged, well-intentioned members of the public who have been seduced by the message of these corporate NGOs are often the unwilling gatekeepers of oppression both at home and abroad. Flaherty cites post-Katrina New Orleans as an example of how the ‘great and the good’ perpetuate uneven power relationships.

The NGO/charity sectors response to Katrina, says Flaherty, illustrates how the ‘good and the great’ at the top of the tree are not interested in examining their own privilege because they understand the work they oversee is part and parcel of the capitalist racket.

To emphasize the point, Flaherty quotes musician Jay-Z from his book Decoded:

“To some degree, charity is a racket in a capitalist system, a way of making our obligations to each other optional and of keeping poor people feeling a sense of indebtedness to the rich, even if the rich spent every other day exploiting those same people.”

The notion that NGOs and charities whose bottom line is maximizing profit, are the answer to poverty and injustice, is an illusion. “For charity cannot right a wrong; only justice can do that…Charity is false, futile, and poisonous when offered as a substitute for justice”, wrote American economist, Henry George.

Charity is a poison pill for its recipients in the global south because it is premised on unfair and unjust trading terms. Flaherty argues that charity is used as a cover for unaccountable actions of the global north and has become a means through which rich individuals and countries hide wealth stolen from the poorest. It is the communities on the African continent, who are deserving of reparations, not charity, that this system mainly harms.

Degan Ali says that this prevailing narrative stems from a combination of media imagery and a system of aid that the public in the global north have been led to believe is saving Africa. Ali argues that the entire architecture has perpetuated a white saviour mentality.

The story of how the West have impoverished and looted Africa is not something that the average taxpayer in London or New York knows about because the default mechanism is “How can we help? How can we send aid? Moreover, the attitude of philanthropists is not “how we can help Africa to help itself?” but “how can we help ourselves to a piece of Africa?”

Peter Buffet, the son of billionaire philanthropist, Warren, has commented on the nature of such an exploitative system:

“Inside any important philanthropy meeting, you witness heads of state meeting with investment managers and corporate leaders. All are searching for answers with their right hand to problems that others in the room have created with their left. I now hear people ask, ‘what’s the return on investment when it comes to alleviating human suffering?”, says Buffet.

The Wests exploitative penetration of the market by philanthropy in Africa represents the untold story of colonialism, the tentacles of which still exist in 14 of France’s former colonies. Ali points out that freedom for these countries is predicated on various trade and banking conditions put in place by the French establishment. Recipients of foreign aid are subject to conditions laid out by the IMF and World Bank. 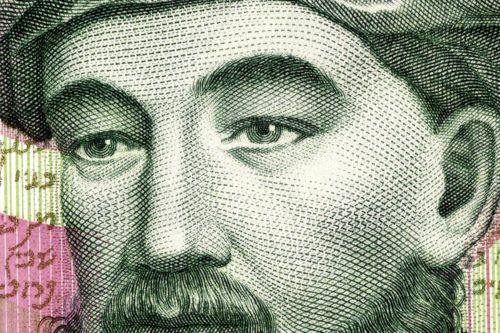 The Highest Degree of Charity? – Partnership

Zambia, which post-independence had food subsidies in place and was going down the right path of development, was forced to end them as a condition to taking out IMF/World Bank loans with massive interest rates attached. Ali says that food subsidy mechanisms denied to the global south that resulted in drought and famine in Zambia, have been put in place in the global north.

Ali adds that this double standard is unfair and suggests ways in which it can be addressed:

“We’re not asking for aid. We’re just asking for a level playing field. That’s what we need. We need the system to not be rigged against us. And that’s currently what it is. We can develop on our own as long as the trade, the financial and monetary policies, are fair.”

NGOs and charities compound, rather than help solve, the uneven playing field conundrum. These organisations are responsible for ‘conscience laundering‘ which philanthropic colonialism legitimises.

The reality is that the solution to rising inequality, poverty and environmental degradation is not to be found in superheroes parachuted into communities from above, but from collective human agency from below.