Like bankruptcy, societies and complex systems collapse slowly and then all at once.

The cycles that civilisations go through are well documented. And whilst in hindsight it’s glaringly obvious to understand what drove the breakdown, in real time we’re often too close and too invested to recognise our own demise.

Having extensively experienced, and written about, societal and economic collapse, Indi Samarajiva is ideally placed to comment on the breakdown of civilisation in his native Sri Lanka and more broadly in America where he spent 12 years of his life.

Samarajiva’s framing of the nature of collapse is shaped by contrasting social and economic contexts in time and space. So, for example, the perception of collapse for those displaced resulting from a three decades-long cycle of conflict in Sri Lanka, will be markedly different from the experience of those from privileged backgrounds in New York. 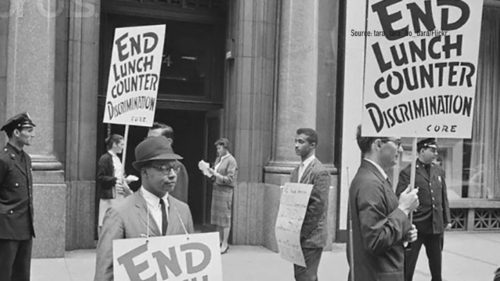 From this standpoint, the former perceive the collapse (and subsequent recovery) of their communities as an intrinsic part of the ongoing fabric of everyday life over time. Conversely, the latter view collapse as a psychological and dramatic event in the future.

A succession of ordinary days

For America, and Western countries more broadly, the ratcheting down of inertia, or what Goethe described as “a succession of ordinary days”, is indicative of the force that traps populations into a false sense of security.

Pithily, Samarajiva notes that for privileged societies, “collapse is just a series of ordinary days in between extraordinary bull***t, most of it happening to someone else.”

Societal collapse in America is the embodiment, over many decades, of the hollowing out of the state – a process facilitated by corrupt practices of various political and corporate lobbying vested interests. Samarajiva, argues that although in many respects the situations in the US and Sri Lanka are different, the common link that ties them together is one of human suffering.

Although the problems are structural, American society appears to be more vulnerable to any breakdown in human systems compared to developing world nations like Sri Lanka. The extent to which these structural problems are addressed depends on political shifts that occur during any given generational cycle.

American’s have grazed on a diet of neo liberalism for the best part of 45 years and yet fundamental human needs remain wanting for vast swaths of a population desperate for something new to emerge from its dying embers.

Since the end of WW2, Europe has, by and large, invested in health care and public services. These were all considered part of being a wealthy country. Conversely, since essentially the Reagan era, the United States hasn’t invested in its people.

American exceptionalism, embodied in endless wars and poverty, co-exists alongside an ever increasing consolidation of elite wealth. In cities like Portland and Wisconsin, younger generations are being left to pick up the pieces of a broken system in a state of flux.

Journalist, Matthew Ehret, characterizes the current epoch as the end phase of a system whose milestone moment was the floating of the US dollar off the gold standard or the gold reserve onto floating exchange rates, amplified by the petrodollar in 1973.

Underpinning this, says Ehret, has been an ongoing process of deregulation, speculation, short-term myopic thinking and the division of the world between a producer class and a consumer class. Ehret argues that this has resulted in a huge transfer of wealth to the top 0.1 per cent.

The Journalist describes the former industrial nations use of increasing flows of cheap labour as akin to drug addiction and posits that the system, with all of its associated economic bubbles built upon unpayable debts, is coming to an end.

Ehret subscribes to a ‘less war, more investment’ multipolar view of the world:

In a recent article, the journalist reiterated how important it is that the US re-orientate it’s foreign policy premised on mutual self interest and trust between nations – a Rooseveltian form of introspection and good neighbour approach unsuited to the paradigm of imperialist expansion.

“The US establishment has to admit that the system is bankrupt and have an orderly discussion, like grown ups, with Russia, China and other nations as partners”, says Ehret.

Ehret argues that any transition won’t be smooth but says that acknowledging – like any drug addict should – that the US political establishment have a problem, would be a positive first step.

“The financial system is one giant heroin overdose waiting to kill the patient. We have to change if we’re going to get out of the oncoming economic meltdown that will unleash greater devastation onto humanity than people realize”, says Ehret.

In the final analysis, American society will arguably benefit from truth-tellers of the likes of Samarajiva and Ehret, whose writings encourage the establishment to change course.

Samarajiva argues that the American public needs to be jolted into action. The writer’s approach is uncompromising: