The chances of reducing the number of lives ruined by war and other forms of social violence depend on our ability to identify the root causes. Terrorist acts, the retaliatory war against terror, civil wars in desperately poor countries, and the violent civil unrest which is an increasing feature in rich and poor worlds; all bring loss of life, destruction of property and the ruination of economic infrastructure. They also inflict hardship on many who escape their direct effects.

All forms of social violence can be explained by referencing different academic disciplines, or by interpreting them against a host of competing world views. But for the mainstream media, and for many politicians, most violence is rooted in cultural or ethnic conflict.

Economic explanations rarely get a mention, despite evidence that vast inequalities in access to economic opportunities, within and between nations, are a major contributory factor to social violence. Cultural causes of conflict are more emotive; they better suit the reactionary instincts of many people. But these cultural, ethnic or religious differences are easy hooks on which to hang explanations for violence – especially in a three-minute news piece.

We never look at the underlying economic causes, which are complex and often deeply embedded in the institutions and structures that silently shape people’s lives. Progress requires us to focus our attention on the underlying causes.

Some cultural differences reflect diverse values which are indicative of societies at different stages of development. In certain countries the position of women, the rights of minorities and attitudes towards crime and punishment are almost identical to those held in western societies a century or more ago. Values and culture evolve over time and the drivers of such evolution are greater economic inclusion and improvements in access to education.

More inclusive economies and better educated populations not only reduce the gulf in values between nations, they also reduce the number of people prepared to engage in social violence. If people can find meaning in their lives through work, if they have a sense of self-worth, if they feel the society of which they are part is just, and that their efforts are rewarded with a degree of economic security, then they’re unlikely to become involved in violence.

There will always be a few – some mentally ill, others alienated beyond redemption – for whom a just and inclusive society will make no difference, but as a general rule, justice and an inclusive economy create societies in which social violence is minimized. 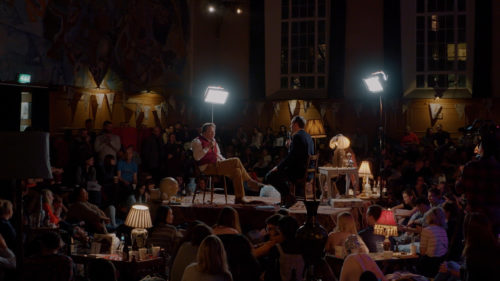 It follows that economic justice between nations is key to reducing the number of wars. Only when we get the economics right will the core values of all cultures begin to converge, and people of all backgrounds come to realize what all human beings have in common. Such a genuine convergence of values would be very different from the arrogant ‘one size fits all’ cultural homogeneity created by globalization. The worldwide cultural colonization by western brands like McDonalds, Coca-Cola and Apple is blatant economic imperialism. It is a sure sign that western liberal values still have a considerable way to go in their own evolution.

On either side of the ‘war on terror’ there are genuine cultural differences between people, but these are a symptom of developmental differences which are largely a legacy of historic and continuing economic injustice. Hidden beneath sensational media coverage and jingoistic political tribalism there is a fundamental truth that we deny at our peril: unless we address the economic divide between people within and across nations, these cultural differences will continue to be exaggerated and social violence will continue unabated.

Neither cultural difference, nor the superficial variations by which the major religions distinguish themselves, are sufficient motivation for otherwise sane people to involve themselves in terrorist activities. Research evidence suggests that most people who become terrorists are indeed sane. American social psychologist Clark McCauley points out that “thirty years of research has found psychopathology and personality disorder no more likely among terrorists than among non-terrorists from the same background.” This is a perspective quite at odds with the mainstream media portrayal of terrorists as both evil and mad.