On July 11 The Times published an article by Theresa May in which she highlighted the anomaly of the FTSE trading at the same level as it was 18 years ago, while in the same period executive pay has more than trebled, with a growing gap between what these companies pay their workers and what they pay their bosses.

In my own article in the June 2016 issue of “Accountancy” magazine I made the very same point (in identical words), and added, referring to the BP chief’s salary of £14 million, that no assemblage of facts and figures can justify the obscenity of paying a man more in one month than many will earn in a lifetime of work.

Mrs May’s response, which is to remedy this situation by introducing legislation to make shareholder votes binding on the company and imposing more disclosure rules, is to tackle the problem reactively while missing the point of how it comes about in the first place.

The cause of such vastly inflated executive remuneration is the same as that which lies behind every other “bubble” – whether high-end London property, luxury goods, the housing market in general and, with near-zero interest rates destroying the incentive to save, a rising stock market that promises at least some return. Behind all of this is the fabrication of fiat money through the central bank’s successive waves of “stimulus”.

The point is that this bogus money must go somewhere, and the inflated pay of its “first receivers” in the City is just one of the most obvious outlets.

Mrs May’s reforms would serve only as a palliative, inviting another round of political infighting between politicians and lawyers representing City bigwigs – and her new disclosures will always be susceptible to fiddling with figures. How much better if she could grasp the underlying economic causes.

Whether it’s more money printing or interest rate cutting (invariably both), it is quite clear that our benighted central bank governor refuses to face the fact that persisting with all these monetary laxatives simply does not work, and never could. He can take some comfort, however, from the thought that he is not alone – he is but one member of a monetary suicide pact with Janet Yellen, Mario Draghi and all the other central bankers who still believe that more and more fiat money will kick-start the economy.

We can but hope that Phillip Hammond is of a different mould and will, with Mrs May’s support, refuse to put up with insidious monetary debasement a moment longer – despite the Bank’s notional independence. 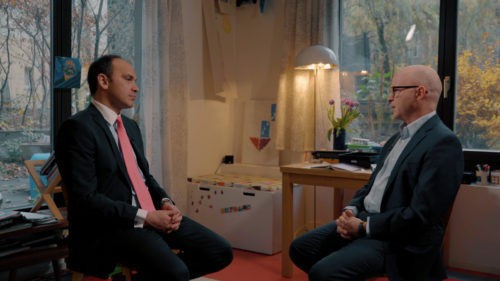