In 2012, the team behind Renegade Inc. released the seminal, Four Horsemen, a documentary film that went in search of the underlying causes of the 2008 financial crash. The film’s religious allegorical overtones depict a world of escalating violence, widespread poverty, environmental catastrophe and capitalism’s impending death.

The film contends that the driving force behind this doomsday scenario is a new morality in which the accumulation of wealth, self interest and greed are celebrated and collective notions of society frowned upon. The documentary pointed out that if fundamental economic issues weren’t addressed, another economic depression would be all but inevitable. As such, the film can be seen, in 2020, as an insightful warning of things to come.

Having squandered time and money by kicking the can down the road, we have reflated the greatest asset bubble in human history. After 2008, quantitative easing was meant to be a temporary measure, but today we have QE to infinity. We also have less and less regulation to prevent the vampiric financial sector from sucking the lifeblood out of the real economy.

The lobbying power of money has distorted democracy to favour the corporations, banks and oligarchs who, seemingly, have convinced large swaths of the public that they are indispensable. Renegade economist, Michael Hudson says that the Fed is essentially the lobbyist for a commercial banking system that continues to shift all the risk and losses from their balance sheets to governments and taxpayers.

The reason the banking system continues to survive is because it has managed to convince the public that their ability to lend money is dependent on funds that have been deposited in banks previously. 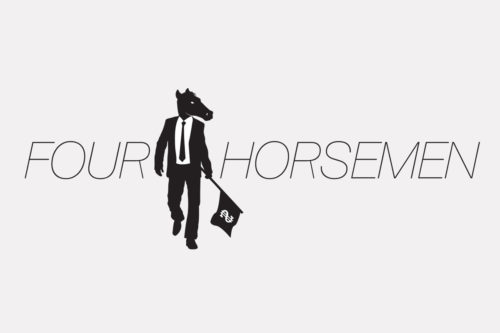 Gaming chips in the casino

In 1932, in the aftermath of America’s great stock market crash, a piece of legislation was passed to protect society. The Glass-Steagall Act was introduced to separate ordinary high street banking from investment banking. Sixty seven years later, in 1999, President Bill Clinton repealed the Act. Once again, banks could take ordinary depositors money and speculate with it on virtually anything they liked.

This casino form of capitalism has massive negative repercussions on a society in which individuals and companies are supposed to operate in a free market. Good enterprise is rewarded with profit and flawed enterprise with failure. But during the 2008 banking crisis, government’s bailed out failing banks in what Max Keiser noted, is a system of “socialism for the rich, capitalism for the poor.”

What has happened is that the taxpayer has underwritten the misplaced speculation of bankers. Instead of the economy serving the human being, it perpetually serves the amoral financial organizations who operate pyramid (ponzi) schemes. Newly created money, after having entered the housing market, led to unprecedented inflation and rising house prices.

So-called elites and bankers were very keen to promote the dream of a property owning democracy. For a time this created a wealth effect, but also a massive property bubble. ‘House prices can only ever go up’ became an unquestioned mantra. Yet instead of the mainstream media questioning this absurd idea, it actively promoted the mania. As Michael Hudson pointed out, it was able to do this because the public media are owned by real estate and financial interests. In addition, the banks set up the universities who fund them and the universities fund think tanks who have educational foundations that own newspapers.

This entangled web is symptomatic of Western capitalism that has not yet come to terms with its fading supremacy. Ultimately, all empires end by devouring the heritage of the former superpower, often from within. In his essay, The Fate of Empires, the soldier, diplomat and traveler, Lieutenant General Sir John Glubb analysed the life cycle of empires. He found remarkable similarities between them all.

There are common features to every age of decadence – an undisciplined, overextended military, the conspicuous display of wealth, a massive disparity between rich and poor, a desire to live off a bloated state and an obsession with sex. But the biggest trait of all declining empires is currency debasement. The United States and Great Britain both began on a gold or silver standard long since abandoned.

Since 1971, when President Nixon took the United States off what was left of the gold standard, the world has operated under a fiat system of currencies. Only government’s have the power to issue fiat money, but banks can create it through lending. Over the last 40 years, since this system of fiat money became the global norm, the supply of money has grown exponentially. The main beneficiaries have been governments, banks, companies and wealthy individuals resulting in a widening gap between rich and poor.

It is not just fiat money and fractional reserve banking that drive huge inequality. Land speculation and executive pay create unequal societies.It was the Greek philosopher Plato who said the ratio of earnings between highest and lowest paid employee in any organisation should be no more than six to one. In 1923. Banker JP Morgan declared no more than 20 to 1 was optimum.

Yet today, salary difference between top and bottom earners in global corporations can be higher than 500 or a thousand to one.

Neoclassical economics have ruined life for the bottom billions, tempted everyone into inter-generational conflict and created massive suffering that has no limits. 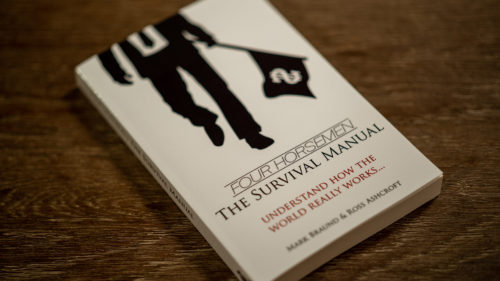 To really understand something is to be liberated from it. Dedicating oneself to a great cause, taking responsibility and gaining self-knowledge is the essence of being human.

A predatory capitalists truest enemy and humanity’s greatest ally is the self-educated individual who has read, understood, delays their gratification and walks around with their eyes wide open.