In Britain the term “Lost Generation” was originally used for those who died in World War I. People mourned that “the best of the nation had been destroyed” and agreed that this left the country considerably worse off. All wars are economic and personal. The illegal Iraq war waged by American sycophant Tony Blair was a personal economic decision. The intergenerational conflict that now rages between the Baby-Boomers and their disenfranchised offspring is economic and personal.

Despite the rhetoric the West will not recover from its exploits in Iraq and despite the Baby-Boomers economic explanations it’s difficult to see their leadership as anything but self serving.

Unconsciously the Baby-Boomers consistently chose political and economic convenience over making the tough choices that would maintain the economy and living standards for their successors. Forgetting they were stewards of an economy and a planet held in trust – they gave in to immediate gratification. The marketers told them ‘You’re worth it’ and in return the Baby-Boomers dutifully parted with trillions of dollars in a vain attempt to find meaning. In their brave new world sixties dissent was replaced with shopping and collecting rent.

The desire for economic and political convenience has always had dire consequences – there are no short cuts to real economic progress.

The Baby-Boomers tactic to ‘get away with it’ was to elect populist leaders who reshaped taxes to allow their obsession with the property market to become a lucrative venture that would deliver unearned spoils. The rising tide created a wealth effect par excellence but the problem with a wealth effect is it’s just that – an effect – not real wealth and guess what? Someone has to pay for it. That someone is a potentially new lost generation – Generation Rent. 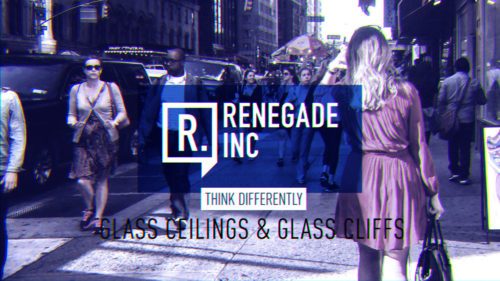 Whatever the marketing the net effect of vast sums of capital (debt) piled into real estate is to discourage employment and enterprise. High property prices indirectly lead to high costs of living and therefore higher costs of doing business. A house should be a place to make a home, not a place to invest borrowed money in the hope of making unearned, tax-free capital gains.

The side effects of this ‘convenient’ economic model mean many of the next generation are left with nowhere to live and out of work. It also means urban sprawl; gargantuan commuting times and environmental destruction become locked into the consumerist set-up.

Understanding the Western economy revolves around the housing market – not vice versa – maybe a Galileo moment for some but publically accepting it is something that our leaders are incapable of doing. Their habitual short term thinking that our ‘democracy’ incubates means the homeowner vote mustn’t be offended.

So what’s the big problem with an economy predicated on ever increasing house prices? In short everything. A property owning democracy is an oxymoron. In practice a property owning democracy is when some of society lives off the value that the rest of society creates. Misinformation is necessary to keep the swindle going but however you look at it in the current ‘capitalist’ set up owning more than you need is the only way to achieve ‘success’. To do that you have to exploit those without homes and ensure they to pay you/your bank rent. The only difference with this rent seeking exploitation and stealing resources from Iraq is that unfortunately the first is socially acceptable.

The Youth of Today

Those in their 50’s and 60’s who were lucky enough to have bought a house at the beginning of the credit-fuelled housing boom in the 70s and 80s tend to bang on about the selfish “me” generation.

They smugly congratulated themselves and their business acumen but don’t acknowledge that they are part of the problem. Worse many of them have brainwashed their children into overstretching themselves because “you can’t go wrong with bricks and mortar”. Many of those children are waking up now saying “you can”.

Problems begin to arise between generations when one prescribes solutions to a situation they have never faced. Younger generations rightly feel that they have been betrayed and are not inclined to listen to the people they feel are responsible for this mess. I certainly drop a shutter when I hear the Baby-Boomer bang on about ‘the youth of today’. However hard Generation Rent works we cannot get on because we are on the wrong side of the monopoly.

So we here – in a Mexican standoff in sinking sand – what do we do?

In fairness to the baby boomers are not bad people who have worked to disenfranchise the rest of society. Nor do I think that this slow motion train crash has been some grand conspiracy on behalf of evil banking empires. But collectively we have to recognise that this ‘get away with it’ model and mentality is built into our economies and legitimised by mainstream media and politicians.

The economic policy of a government who is concerned with the greater good is brutally simple: maximise people`s standard of living and minimise their cost of living and doing business. These aims cannot be met with a tax system which encourages investment in property. Until we acknowledge that the land market coupled with our tax system is the most elegant wealth transfer mechanism ever invented it will be boom, bust and social problems forever.

A new generation of economists, artists and leaders should question the oft-quoted statement that high and increasing house prices are good for the national economy and that income tax is charged according to ability to pay. Both these statements are false. Progressive tax policy is simple: Pay for what you hold or take, not for what you do or make.

So what are the counterintuitive steps that we could take that would begin to wean us odd this property addiction?

Simple – but politically unsalable. So we get the art, architecture, leadership and ultimately society we deserve. Over the last fifty years the cult of celebrity, the addiction to consumption and the politics of convenience have reigned supreme. Almost everyone believed “they were worth it”. Many simply weren’t.

Convenience vs. Doing the Right Thing

Not many people give much thought to the composition of the society in which they live. The really brave leaders who will shape the future societies are the ones who decide on what works for the greater good and set about doing what they can to implement it.

Younger generations have been exposed to the wilds of this inept leadership and governance so we have to make a clear difference between convenience and doing the right thing. Provided Generation Rent doesn’t ape the behaviour of our predecessors we can make the courageous social leap that the world now so badly needs.

“These are the hard times in which a genius would wish to live. Great necessities call forth great leaders” Abigail Adams 1790 in a letter to Thomas Jefferson.