Further reading: Where do we go from here? 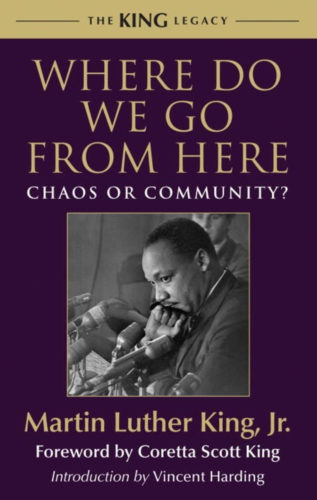 In his 1967 book, it was Dr Martin Luther King who posed the question, where do we go from here, chaos or community? Having changed America and the world with a civil rights movement, he then turned his attention to economics. Heavily influenced by the political economist Henry George, Dr King concluded that if the economics in America were not addressed, then chaos would rip communities apart.

Just over 50 years later, it looks like Martin Luther King was correct. Renegade Inc. host, Ross Ashcroft met up with community organizer and civil rights activist, Larry Hamm in Newark, New Jersey, to discuss how the issues around injustice are as pertinent now as they were during Dr King’s time.

Hamm, who has dedicated his life to social and economic justice, sees 2020 as a pivotal moment in American history. With a U.S election on the horizon, people will be faced with a choice between two options – democracy or fascism. The endorsement of Donald Trump by far-right groups in the aftermath of his election victory, would suggest the former is in retreat, whilst the latter is on the rise.

Hamm, who is the state chairman of the Sanders campaign in New Jersey, believes the senator is the politician best suited to defeat Trump and rein in the far right. Nevertheless, despite Sanders’ popularity, he remains a toxic figure as far as the U.S establishment is concerned. This is because he is seen as a figurehead for socialism even though the initial reforms he proposes such as Medicare for all cannot be characterized as such in any meaningful sense.

What Sanders represents, though, is the prospect of building a major popular movement likely to gravitate towards the idea of fundamental change in the U.S economic system that reflects the real economy as opposed to the current financialization version moulded in Wall Street.

Although many ordinary Americans are sympathetic to these arguments and acknowledge that something tangible needs to be done to address extreme inequality, socialist ideas in the U.S are not widely seen to be the solution.

On the whole, American’s appear unable to grasp that class dynamics are an integral feature of a deeply flawed and contradictory capitalist system.

In Hamm’s view, “false consciousness is instilled in Americans from the time that they are babies and children. And it keeps going until they become adults…We were taught that socialism was bad”, says the activist who was able to break free from this conditioning through a combination of objective and subjective factors. Two examples of the former – the Newark Rebellion Uprisings of 1967, and the US involvement in Vietnam – were particularly significant for Hamm.

In relation to the latter, it was his exposure at High School to the works of James Baldwin and other black authors that were key factors that helped shape the consciousness of the activist which continued throughout his life. However, more broadly, “the paradigm of this consciousness is episodic and we think that these things have just started, but they haven’t. Class warfare has been going on in this country since the country was founded. Now it ebbs and flows”, says Hamm. Underlying these shifts is the recognition that if the system doesn’t change fundamentally, it will destroy the opportunity for capitalists to make money. 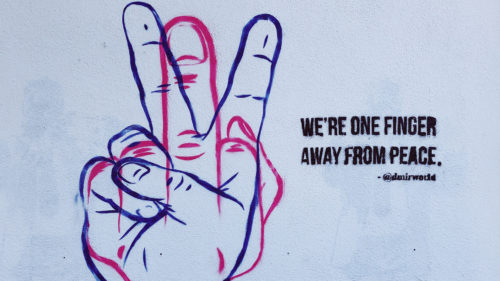 It was during the phase of a society in flux during the early 1970s that Hamm went to Princeton where he was exposed to the ideas of everybody from Martin Luther King to Karl Marx. Hamm then returned to Newark as a student activist during the period of the rebellion where he led a walkout and the take over of two floors of the Hilton Gateway Hotel. Upon returning to Princeton Hamm, along with other students, formed what they called the People’s Front for the Liberation of Southern Africa against the apartheid regime which, in 1978, led to a takeover of the university administration building.

Returning to Newark in 1980, Hamm recognized the importance of community organization and the need to build a movement for social transformation. Three years later he had formed the People’s Organization for Progress which he currently chairs.

“I believe that Martin Luther King was right when he said we need a radical redistribution of power and wealth in America and a fundamental transformation of our socioeconomic system. And I want to continue that effort”

More than five decades later, similar economic questions continue to arise but with greater intensity. As Hamm puts it: “The system has been at war with us since 1968. It’s not just that we push forward. It’s that they push back. And they’ve been pushing back with all of their might since the election of Richard Nixon. They have been overtly and covertly engaged in trying to destroy any movement that could shake this system at its foundations.”

The push back continued under arch neoliberal, Barak Obama, which explains why credible black activists such as Cornel West and Tavis Smiley have been openly critical of Obama, a conventional politician who did nothing to change the status quo. By contrast, Bernie Sanders, recognizes the need for fundamental social change predicated on selflessness rooted in community which appears to tally with Hamm’s concept of community organization.

Despite the numerous historical setbacks, the activist is quietly optimistic that people are heading in the right direction. His attendance at a recent Bernie Sanders campaign rally in New York City is said to have energized him. However, Hamm points out that the struggle ahead is not going to be easy. “It’s gonna be a fight. But I think ultimately we will win. I believe that”, he says.