Which it did, according to Clay Christensen, the author of The Innovator’s Dilemma and the Grand Daddy of the innovation field.

Speaking at the RSA, Professor Christensen defined his views on innovation in compellingly simplistic terms and laid the blame of what went wrong firmly at the feet of the MBA schools prioritisation of the accumulation of capital above all else.

First off, Clay outlines his view on the cycle of innovation and how it comprise three types:

This cycle, Professor Clayton concludes, has been broken since the 80s.

Or they invest it the financial markets for a safe return or use it to fiddle with their share price via share buybacks (in the last ten years the Fortune 500 companies has spent three trillion dollars doing this).

There are there are plenty of lively, intelligent debates on the issues of the financialisation of business (although sadly, not enough in public – see the Renegade Inc http://renegadeinc.com/ for more) but we’re going to touch on the human part – the culture.

If your company is one that has been focussed on Efficiency Innovation for as long as you can remember and has Sixth Sigma-types being heralded as saviours, then it’s highly likely that your culture has been replaced by a process. And Process Companies (unless you’re running a pin factory) tend to drive away talent, dull thinking and disengage people from the company’s core purpose – even when it’s helpfully printed on the wall of the staff canteen.

When markets change, as they do now more frequently and dramatically then ever, the Process Company is unable to respond because its people are accustomed to following procedure rather than adapting and generating new ideas that might help the business respond.

In short, the behaviours that have been promoted to create efficiency in a maturing Process Company are not the behaviours you need to evolve it, let alone completely rebuild it.

Companies that deliver Empowering Innovation that have a strong internal identity, just like the start-ups we so admire. It lives by a set of values that flow throughout the organisation. The long-term strategy and vision is understood and people are expected to contribute to the company’s success on a personal level but, in return, the organisation is expected to help the individual develop – as a primary commitment.

This principle is best summed up by the legendary leadership expert, Robert Greenleaf,

“We are in a business of growing people – people who are stronger, healthier, more autonomous, more self-reliant, more competent. We also make and sell at a profit things that people want to buy so we can pay for it.”

Obvious to the artisan or start-up, this is an organisation that inspires the people that work for it. It unlocks the creativity and passion that’s required to bring life to not just business, industry and markets but also to individuals, families and the wider society. And this is where Empowering Innovation lies.

Nobody wants to be a Process Company but until businesses rethink their purpose and commit to nurturing a culture around it, then their people will remain disengaged and the elixir of Empowering Innovation stay elusive. 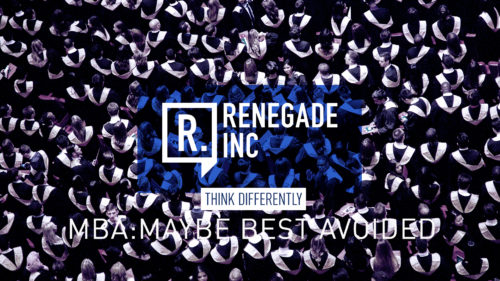