Scary stuff, indeed. Well, let’s skip on inside and see what evidence Newsweek must have to make such a huge claim.

In the first paragraph, author Owen Matthews offers us three pieces of information to back up his claim: 1. Russian TV has been broadcasting a lot of footage of Russian planes in action over Syria. 2. A Russian political analyst recently said that his country had achieved a “great victory” in Syria — and 3. Vladimir Putin himself commented in November that his country’s security relies on the ability of its economy to increase military production at any given time.

All three claims check out — but none of them mean that Putin is preparing for a third world war. In fact, it soon becomes clear that the piece, which an editor evidently felt was convincing enough to be a cover story, is littered with contradictions and presents horribly simplistic analysis.

If Russia’s current military engagements are so small, why, the author asks, is Putin “building up the idea” that Russia is on the verge of a “cataclysmic conflict” that will require full-scale mobilization of Russia’s military?

Frankly, he seems confused by his own answer. In one paragraph, Matthews suggests that Putin is maliciously using the spectre of an unlikely war against an “imagined external enemy” to unite the country in an effort to distract from its domestic problems. This “myth of perpetual war” has become a mainstay of Putin’s survival, he says. Yet, in the next paragraph he contradicts himself and tells us that Putin genuinely is “convinced war is imminent”. 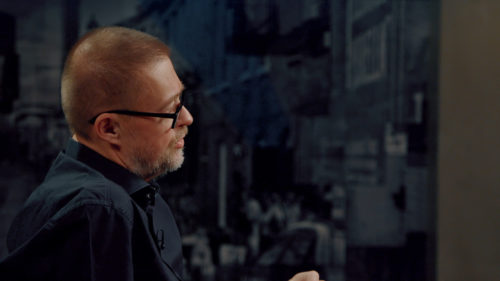 So, which is it? One continues reading in hope that Newsweek will produce some information which matches the shock value of the front cover — but surprise, surprise, that never happens. I guess the silver lining here is that Russians, at the very least, can be glad theirs is a “myth” of perpetual war — a stark contrast to genuinely perpetual war, which Americans have grown accustomed to.

This is odd, because actually, the opposite is true. In early 2017, Russia slashed its defense budget. IHS Jane’s, one of the most authoritative sources on defense news, called it “the largest cut to military expenditure in the country since the early 1990s.” Admittedly, the cuts came after big increases in previous years and the Russian defense budget is hardly being stripped to skin and bones, but it has been decreased nonetheless.

The reasons for the cuts were obvious: The impact of Western sanctions and reduced oil and gas prices have both put the Russian economy under significant pressure. But slashing the defense budget would surely indicate that in fact Putin does not see Russia as being on course for a massive military conflict with the West in the near future?

Let’s be clear: Russia does not want war. It particularly does not want war with the United States. The country spends roughly ten times less on its defense than the US. Putin is not preparing for war. He is preparing the country to defend itself in the event that war, despite all efforts to prevent it, happens anyway. But that wording would not have sounded quite so menacing and would surely sell fewer copies.

Talking about war and training for war (which is, generally speaking, the job of all militaries everywhere) are not the same thing as itching for war or believing a war is imminent.

Interestingly, the Newsweek cover story relies almost entirely on the word of one Russian military analyst, Pavel Felgenhauer, who writes a column for the Russian opposition newspaper Novaya Gazeta and is a senior fellow at the neoconservative American think tank The Jamestown Foundation. Using Felgenhauers’s opinion is all well and good, but one would expect something a little more heavy-hitting in an article purporting to predict World War 3.

To get a flavor of the reaction to Newsweek’s story, look no further than the comments underneath it. For this headline to ever see the light of day, one reader laments, Newsweek “must be staffed by a collection of morons”. Frankly, readers everywhere must be sick and tired of looking at pictures of Vladimir Putin splashed across the front pages of newspapers and magazines with dire warnings of impending doom. Nonetheless, editors seem happy to keep recycling the story.

Newsweek’s headline is a disingenuous attempt to sell a few extra magazines. The content of the article provides nothing of substance and offers an almost juvenile analysis of complex issues. It is an obvious attempt to scaremonger about Russia’s military capabilities and Putin’s intentions — and it proves nothing, other than the fact that the publication must take its readers for fools.