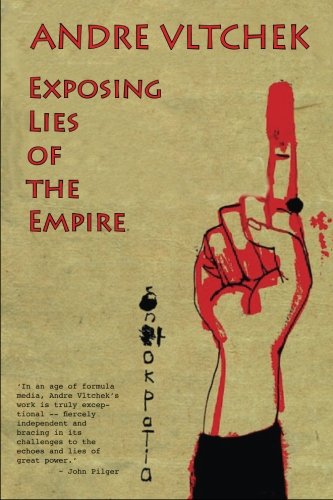 Watch any news bulletin and you’ll see how Western political leaders have shown their total inability to deliver on pretty much anything. Watch those same politicians attempt to spread democracy, imperialism and western exceptionalism around the world and the disconnect… well… It’s jarring.

Western triumphalism bred a certain complacency that’s starting to bite as its elites continue to turn on their own people. Yet regardless, the New World is quietly emerging with a shared purpose.

So is this continual talk of the New Cold War legitimate or could Western politicians be peddling an old idea so to distract their citizens from thinking about their increasingly limited freedoms and diminishing standards of living?

Philosopher, author and filmmaker, Andre Vitchek, met up with Renegade Inc. to discuss the rapid ongoing global geopolitical shift. Vitchek effectively envisages the New Cold War as part of an ongoing rebellion among non-aligned Western states against the Western capitalist system and imperialism that emerged from the old Cold War.

For Vitchek, the first signs of the rebellion, “happened approximately when Yeltsin stepped down and when President Putin took power. But also it continued when President Xi Jinping of China became the new president of the most populous nation on earth and he declared that they’re actually going to build ecological civilization – a country where socialism is based on Chinese characteristics.”

Essentially, the geopolitical positioning of the two power bloc allies in opposition to Western imperialist aggression continues to be determined by a foreign policy discourse predicated on internationalism and defence. China continues to reject the capitalist way whilst Vladamir Putin reintroduced a sovereign independent foreign policy in Russia. The latter, says Vitchek, is “not exactly the same as the one during the Soviet era, but the foreign policy of internationalism and defending the countries that were previously or are presently under attack by the West, is ongoing, it was reintroduced.”

“These were the two most important elements of this rebellion. What followed is, of course, that countries like Syria and Venezuela decided to defend their system instead of surrendering to the Western pressure and Russia but also China and also Iran coming directly or indirectly to the rescue.”

Vitchek, who spent many years in South America and experienced growing discontent among the population of the Latin American countries, has been surprised by the extent to which Russia and China have been at the forefront of the rebellion against the West over the course of the last 25/30 years. The intellectual, political, ideological and social alliance between the two countries, “is so great”, says Vitchek, “that they do not have to play games anymore. When insulted, when assaulted, they are standing their ground and they are telling the West directly that they will not be allowed to be intimidated and if necessary they will fight for their system, for their people and for their countries.” 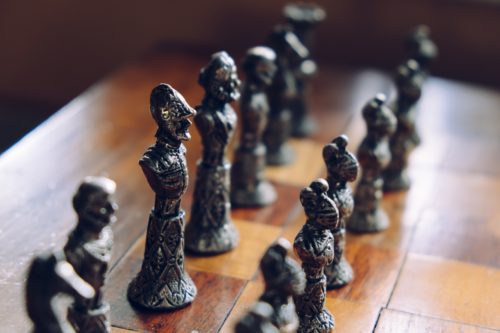 We Have Been Here Before

The pivot away from a hitherto unipolar form of Western exceptionalism towards a multipolar vision of the world that the assertiveness above implies, can no longer be sustained by government appeals to an increasingly discerning Western public who are aware of the decline of Western imperial hegemony against the backdrop of emerging powers who are beginning to stamp their authority over the nations of the Western orbit.

Many of the said emerging powers are more socioeconomically and politically advanced than their Western counterparts as Vitchek attests.

People in London, New York and Paris feel uncomfortable having to acknowledge that the tectonic plates are shifting and that Western exceptionalism can no longer be justifiably sustained with any credibility.

Many others, who ideologically refuse to accept the new state of affairs, arguably do so from a position of cognitive dissonance. This culminates, at best, with internal intellectual re-examinations of their positions, and at worst, reflexive responses to societal problems that their rivals in a nation, for example, like China, are better equipped to deal with. More broadly, Western nations are unable to compete with a nation like China on the kind of free-market economic logic in which they previously excelled.

War, when all else has been lost

The end result of this combination of factors, says Vitchek, is the intimidation by the West of non-Western societies who use the threat of war as the only remaining course of action to take against their rivals:

But is it not the case that the human rights abuses in countries like China and Russia, outweigh any of the benefits accrued from the multipolar world?

For Vitichek, the issue is a red-herring – an hypocritical notion viewed from the perspective of Western exceptionalism couched in humanitarian interventionism and underpinned by a moral authoritarian imperative. This has essentially been the justification for imperialist military adventurism in the middle east since the time of the Napoleonic wars. The latest manifestation of this ideology has been the Western war of aggression in Syria.

Vitchek, who regularly works in Syria, and has visited many parts of the country, says that within Idlib, ISIS and affiliate groups are primarily doing NATOs bidding by waging  proxy wars and acts of terror – a legacy that also stretches back to the mid 19th century. Russia, which was legally invited into Syria by president Assad, is there to get rid of this scourge:

“It’s very simple”, says Vitchek, “Russia with its military power could liberate [terrorist-held] Idlib tomorrow. I was last in the area three months ago and was clearly told by the Syrian commanders who were allowing me to film and photograph there. They told me, ‘we can take Idlib out in two days’. The problem is, there will be horrible human losses….So Russia is already, very painstakingly, negotiating the liberation of the areas around Damascus. Aleppo was done through diplomacy. The fighters – the terrorists – were moved to those particular areas and now negotiations are going on to minimise the loss of human lives. So this is very cynical how the West is portraying all this.”

As a result, Vitchek, says, “the Western public is conditioned in the same way as the terrorist groups are conditioned. It is absolute brainwashing campaign that is unleashed against the Western public and their understanding of the world is similar to that of Al-Nusra or ISIS. So the English London pub is very similar to the way it believes in the one story. It’s very similar to when I talk to some retired jihadi cadres somewhere in Indonesia. It’s very scary because this exceptionalism, this desire to believe that what the country is doing – what the West is doing – is the only right thing, is really religious.”

Vitchek asserts that despite being brainwashed, some people are beginning to wake up in a partial manner, but not significantly enough to want to react:

“My French publisher once told me”, says Vitchek, “there is no real left in France – maybe only 2 percent. Why? Because if somebody is real left wing he would have to be an internationalist. And if somebody is an internationalist it means that he or she would have to give up the privileges. So at the end, the real left as we knew it from 1950s or 60s or before I was born actually, as it existed, cannot exist anymore in the West because people are clinging to their privileges and their exceptionalism. So waking up, yes. They’re doing some demonstrations on Saturday and Sunday… But would they really try to dismantle the system which is killing millions of people all over the world? No way.”

Vitchek continues on this theme in relation to the people of the UK:

“Is their waking up just addressing the grievances they have towards the regime?

As the economic power in the world continues to shift and the battle lines are re-drawn in the New Cold War, Vitchek points to China as the benchmark for social justice as early as next year:

“In 2020 the Chinese president promises that there will be no extreme poverty in the countryside or in the cities. He actually delivered ahead of time, I think. I go to Shanghai, I go to countryside of China. The first time was in 2018 and already there was a shift that people are migrating from the cities back to countryside. The poverty is finished. There are no pockets of slums anymore. It’s all gone. It is a ecological civilization in progress.”

“China is going to continue with its social progress. People will understand all over the world that it is socialism at work and more and more people in Latin America, in the Middle East, in South Asia and in Southeast Asia, will actually seek Chinese assistance through building infrastructure and help to build a better society. Russia and China are two very close allies and between two of these countries actually everything is covered. So these two countries together are unstoppable and they will be more and more influential and probably more and more helpful to the countries like Venezuela for example – or Cuba even – which are insisting on building their socialism.”

“China is ahead of any country in the West in implementing green transportation and ecological farming and so on. So I think what is going to happen in the next 10 or 15 years.

From Vitchek’s perspective, the West has already lost the New Cold War indicative of their aggressive foreign policy:

“If you look at the foreign policy of US and UK it looks like a mad rottweiler or a pit bull. It’s not coherent. It’s not really consistent. It’s not logical. They are snapping at everything. Then they retreat. Then they snap again. Look at Venezuela. Look at Syria. Look at Iran. Even in their destructive work they cannot finish their job….They snap. They hope that countries would just collapse from just seeing the teeth. They don’t bite anymore. Or they bite and kill people by sanctions and all this but they don’t really do it in a way they used to do it because the process used to be very simple. You designate the country. You intimidate the country. You smear the country. If it doesn’t collapse, you attack the country. They cannot do it anymore.”