You can ignore some of the people some of the time… but if you create an economy that ignores and marginalises the most vulnerable, then those who live in the places that seemingly don’t matter eventually take their revenge.

How do we bring people back across the margin and create a system where all are able to prosper – not just those in big cities? KAKAnomics festival founder Jan Inge Reilstad and LSE Professor of Economic Geography Andrés Rodríguez-Pose join host Ross Ashcroft to discuss.

Revolt in places that no one cares about

In a February, 2018 column, Rodriquez-Pose argued that the disconnect between economic dynamism and poverty has led to territorial populist-driven revolts in many ‘places that don’t matter’. The academic emphasized the need for development policies that focus on providing opportunities to people living in places where often the biggest densities of skilled and wealthy people reside alongside others who have fallen through the cracks.

The deindustrialized regions of northern England and the U.S Rust Belt are examples of former motors of development that have been declining economically and demographically over decades. Rodriquez-Pose cites another example, the north of Italy, that despite being one of the richest parts of Europe, has had no growth for the best part of 30 years.

“Increasingly, these are becoming places that don’t matter that no one cares about. And as a result, they are saying we need to find solutions to our problems”, says Rodriquez-Pose.

In the view of the academic, increasing levels of discontent against a system that no longer works for those who have been left behind is the trigger that has lit the fire of a crisis of uneven recovery that’s symptomatic of a long-term decline. Governments’ have only been able to paper over deep structural cracks of a failing economic system that goes back perhaps fifty years. 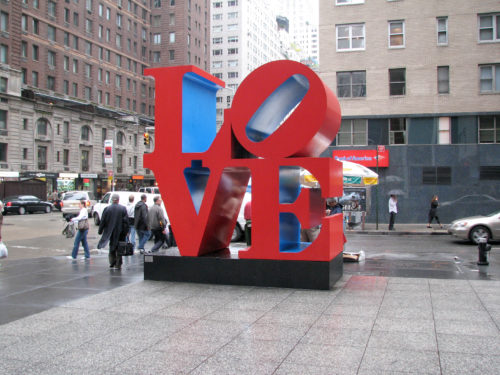 The KAKAnomics festival emerged as a response to these structural failings. Essentially, what the festival of economic ideas hopes to achieve is to help facilitate a fresh way of approaching economics that challenges inequality and old ways of thinking. These old ways of thinking have been given expression in the populist ideas of Boris Johnson and Donald Trump who have effectively been granted license by extremists to shake the whole system up.

The aim of the extremists has been to damage the elites who have neglected them. But this strategy has rebounded, not only on the extremists, but on wider society to the extent that everybody who is tied to the failing neoliberal model is now feeling the pain.

KAKAnomics founder, Jan Inge Reilstad, is aware of how important it is to defend the Nordic model against neoliberalism and to rein-in the potential for complacency:

“We are quite scared what is going on. There is a lot of populism to the right in Sweden, for instance. I think we should address it because the Nordic model is, of course, worthy of exporting in a way and to keep it the way it has been working”, says Reilstad.

The KAKAnomics founder outlines what it is about the Nordic model that makes it worth defending:

The corollary of Reilstad’s argument is that trust negates the need for revenge. By opening up debates within the public sphere where economists and policy-makers are encouraged to participate, adds to the sense of public trust. In essence, it’s about the government taking the people they represent along with them as opposed to fighting a constant battle against them.

“For many decades in the Nordic countries there was a clear idea of where society wanted to be and wanted to go”, he says.

What the academic is describing is a form of consensus politics that, sadly, has been broken in many other parts of Europe that will require real investment in order to be put right. Brexit is often cited as a cause of the problems, but the reality is it’s more of a structural issue that extends beyond Europe.

“It took the Brexit vote for everyone to wake up and say this is going to change the whole playing field”, says Rodriques-Pose.

Brexit was the genesis of Rodriques-Pose’s geography of discontent thesis and his territorial approach to inequality. It’s the extreme forms of populism from both the left and right of the political spectrum – the ‘trinity of scapegoats’ (ie pitchfork economics, immigrants and external foes) and the concomitant growth of fascism – that greatly concerns the academic.

Neoclassical economics and neoliberalism which reversed the relative equality of the post-war consensus years and have led to higher concentrations of wealth, are fueling the discontent. Meanwhile, the possibility of finding solutions from within the political system are diminishing, not necessarily because as Rodriques-Pose suggests, the centre has been hollowed-out, but more likely due to the fact, as W.B. Yeats famously remarked in his 1919 poem, The Second Coming, that the centre cannot hold.

While the centrists have been dining out on the economic playbook, they have failed to serve the electorate – mainly because they haven’t managed to present an overarching vision of what kind of society is possible. Rodriques-Pose argues that the centre need to re-establish dialogue as the first step to re-establishing trust. Secondly, he says that there needs to be a focus on investment in a non-one size fits all way. One of the aims of the KAKAnomics festival due to take place from the 21st to 24th of October is to help fill the void by bringing all these strands together.