The case against income tax

Last week, the Australian House of Representatives accidentally brought a bill abolishing income tax from the 1st of July 2024, and though it is unlikely to pass, it might be the single smartest decision it has ever stumbled upon.

After all, income tax was only ever meant to be a temporary measure. 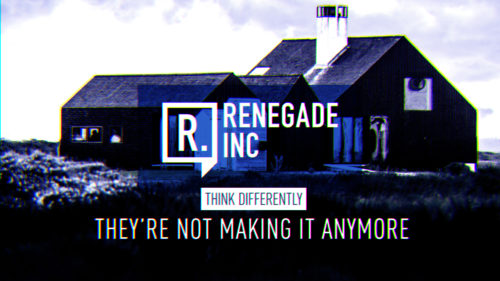 Income tax was first introduced into Great Britain by Prime Minister William Pitt the Younger in his December 1798 budget, to pay for weapons and equipment for the French Revolutionary War. But it soon caught on, around the world, and before you knew it, those with the least to pay were sacrificing proportionally ever more out of their salaries and wages over time, a sacrifice to the finance gods who paid pretty little in the way of taxes of any kind, let alone income.

But what if we got rid of income tax altogether?

After all, the chairman of the New York Federal Reserve, Beardsley Ruml, one of the fathers of The New Deal, even acknowledged in the 1940s that since the end of WWII that “taxes for revenue are obsolete“.

If income tax were really important, how come those who make the most often pay the least?

Income tax doesn’t really pay for government services federally. So why do we, the 99%, even need to pay it? Isn’t it just punishing people for earning?

What if we just got rid of income tax altogether?

Economist Henry George argued back in 1897 that income tax actually reduces people’s incentive to earn income, (like an example I read recently of a taxi driver who lost most of his overtime pay to taxation after discovering he had graduated into a higher tax bracket).

He said that taxes on income and even profit distorts economic activity and encourages off-shoring for those wealthy enough to be able to afford to pay people to hide the rest of their gains, forcing a greater burden of tax on those least capable of paying. He also claimed property tax punishes owners for improving or maintaining the quality of the establishment.

George argued that a land-value tax should replace all other forms of taxation, “leaving labour and capital to flourish freely, and thus ending unemployment, poverty, inflation and inequality.”

Nobel-prize winning economist, Professor Joseph Stiglitz, arguably on opposite end of the political spectrum from old Henry, similarly argued that the benefits of a land value tax would be distributed back to communities in the form of public investment in roads and infrastructure.

Tax is important. Just not for the reasons we think it is.

Economist Dr Steven Hail tells Renegade Inc. that taxation exists to prevent inflation so some form of it will always be required to provide stability, but there are countless better ways to do it than taking away badly needed funds from people already struggling to pay their bills.

“If governments don’t spend much, then they don’t need to tax much, because their spending won’t be creating inflation,” he says. “But it creates an unstable economy. In principle, you could just tax other things and not income. You could tax consumption and have a land tax.”

(Dr Hail emphasises that he is not personally in favour of abolishing income tax, and advocates for a more progressive taxation system).

The federal government does not need our taxes to pay for anything, so why are we handing over hard-earned income to be destroyed when we could be spending it? Or saving it. Or paying off debts. In the current climate, with wages stagnating or in some countries even going backwards, it makes little sense to take money away from people already struggling to pay their bills for the sake of an almost permanent deficit.

As I have previously written, governments have almost always been in deficit and it is almost only during these times that the private sector has been able to save.

People should be able to have more money to spend, to create businesses, and services and goods to be consumed, and pay off the crippling amount of debt they’re putting in to keep up in an economy where even a modest salary is insufficient to keep up with the cost of living, let alone a minimum wage.

And, if tax were really important, then for the sake of efficiency, if not principle, governments would be targeting those with the most to pay. But they don’t, and therefore it isn’t. At least not for the purpose we are told it is.

I don’t have any hard opinions on whether or not to abolish income tax. I don’t think it’s going anywhere, in any case. My point is to illustrate that taxing income is merely one of a plethora of fiscal policy options for balancing the economy, which in the current climate could stand to be reduced significantly, if not replaced by a more equitable system.  If it’s good enough for the best of us, it’s good enough for the rest of us.