Things governments can and cannot afford

When a government doesn’t want to pay for things like, oh, say, healthcare or education, it claims it cannot afford it.

Governments in the US, UK and Australia like to give voters the impression they can run out of money, which, as we have already explored, is a well-worn lie.

In 2009, former President, Barack Obama famously claimed the US government was ‘out of money‘, implying it couldn’t afford anything. In 2010, a UK finance minister in the Gordon Brown government left a note for the new Conservative government, apologising for having spent all the money. These statements are, of course, utter nonsense, demonstrating either an alarming level of ignorance, or willful deception, and we cannot decide which is worse.

To demonstrate how not ‘out of money’ they are, below are some examples of federal spending governments felt they could afford:

Last year the US Senate approved an $80 billion annual increase on a $700-billion defense authorisation without raising a single penny in taxation.

According to Professor Stephanie Kelton, former chief economist of the US Senate Budget Committee and economic advisor to Bernie Sanders, that is more than enough money to provide free four-year public college and university educations for the entire adult population of the US.

Apparently spending on education or healthcare is totally unaffordable, but spending on defence is not.

In the UK, the Tories have slashed NHS funding, public housing and social care, policing, libraries, arts – even school dinners – on the grounds it was unaffordable. But it was comfortable spending £142 million per year subsidising the defence force (including the promotion of arms exports), and another £18 billion in corporate tax cuts for the private sector, and £120bn building a bloody great bridge to France. 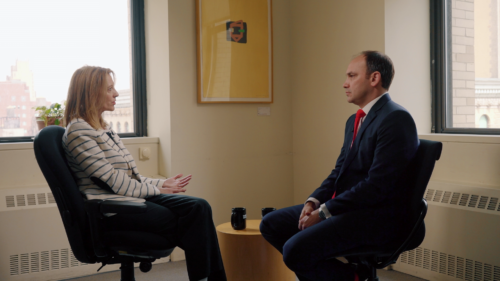 Meanwhile, in Australia, the federal government has set aside $3.8 billion dollars worth of loans to arms manufacturers so that we can begin selling munitions to the kinds of countries millions of refugees are currently fleeing from. The fossil fuel industry receives around  AU$550 billion annually in federal government subsidies, while renewables receive around 1/4 of that figure, around AU$120 billion a year, all while solar subsidies are being slashed. Prime Minister, Malcolm Turnbull wants to increase personal income tax for workers to help return the budget to surplus, even though – as we have already explained – this means literally taking money out of the economy, forcing workers to take on ever more debt to make up for the fact that the government is collecting more in taxes than it spends on services. Meanwhile, affordable housing and services for the homeless have been obliterated, domestic violence services and women’s shelters have been closed, and our hospitals are under increasing pressure.

Arms manufacturers do not vote. Neither do businesses or companies. Fewer still pay taxes. Many, however, donate significant amounts of cash to help governments win elections.

Governments are meant to be the servant of the people, but ‘private servant’ might be a more apt term.

They certainly can afford to make healthcare and education affordable and competitive, invest in sustainable 21st Century infrastructure, to address the housing crisis. They simply choose not to.

Unless you’re a member state of the EU that has given up the right to a national central bank, a government cannot be strapped for cash. Don’t be fooled into thinking otherwise.

Governments have the cash. And they spend it. Just not on the people who vote.