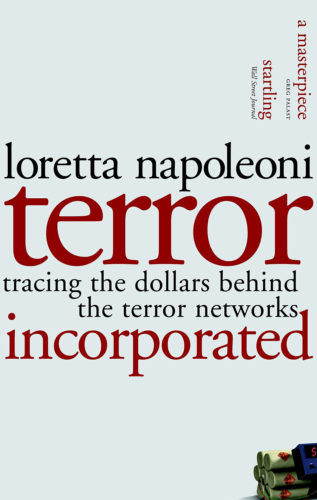 The death of a prominent Islamic State leader prompts us to ask fundamental questions about the so-called war on terror. When we see terror groups mobilizing, there is often that jarring moment when we all wonder how is it possible with all the global military might terrorism can still prosper?

More puzzling is how these terrorist groups buy arms, vehicles and ammunition to wage their jihad. Do they simply steal oil and sell it on the international markets, or is there something else at play that we should all know about if we are to defeat these hate filled mercenaries?

To work out who really funds Terror Inc, Host Ross Ashcroft travels to Kakanomics – the leading economics festival in Norway. Here, he talks to the former Norwegian ambassador to Saudi Arabia, Carl Schiotz Wibye and the terrorism expert Loretta Napoleoni.

Peter Ustinov famously said, “war is the terrorism of the rich and powerful and terrorism is the war of the poor and powerless.” What Ustinov has exposed in 19 words is the hypocrisy of Western powers in relation to their attitude to the use of politically motivated violence. If terrorism can be defined as the use of violence and intimidation for political ends, then logically, terrorism is not limited to the actions of non-state actors. The extent to which the corporate media within Western liberal democracies have convinced large swaths of the population that terrorism and war are not interchangeable concepts, is indicative of the propaganda power of the state.

Loretta Napoleoni picks up on this theme in relation to the war on terror:

“Terrorists never talk about war on terror, because by saying war, you automatically establish the legitimacy of the terrorists not to be considered a crime, but to be considered a soldier. You don’t fight wars with criminals, you fight wars with enemies. This is a really important concept in terrorism, because they always will come to you and say, ‘we are not terrorists. You call us terrorists. We are freedom fighters. We are soldiers. We’re fighting you because you are doing something very bad. Therefore, we do not recognize your legitimacy.’ So that sentence was already a very confusing sentence.”

The fact that Western powers have colluded, and continue to collude, with some of the most brutal psychopaths on earth, reveals that the economic interests of the ruling class override any claims they may have for the human rights of populations who inadvertently happen to be caught up in their opaque geopolitical shenanigans.

“The division between the bad guys and good guys is blurred. The Saudi, Osama bin Laden, was bankrolled by our own allies. He was actually working for us at the time in which he is was handling the mujahedin in Afghanistan when we were fighting the Soviets”

As Carl Schiotz Wibye explains in relation to Britain and America’s historical collusion with Saudi Arabia in the field of international relations, these kinds of unholy alliances are motivated by the mutual self-interests of the powerful:

“It was the British who had the upper hand in Saudi Arabia. They helped the Royal House of Saudi Arabia in the First World War to fight the Turkish. But the Saudis used the money to fight their rivals so they could establish their state, their kingdom. So it’s actually a British project, maybe not consciously, but that’s how it happened. But of course, the British power was waning. And then the Americans created an alliance with the Saudis in 1944.”

Schiotz Wibye argues that the 300 year old absolutist Wahhabist ideology is one of hate against unbelievers and hate in Islam to make it more hateful towards other religions. The author contends that the Saudis are not actually promoting terrorism but are funding Wahhibism and its ideology. Islamic State terrorists in countries like Libya and Syria have largely been inspired by this ideology. According to Schiotz Wibye, not only have the Saudi’s been funding Wahhibism since 1973, they have also “been building thousands of mosques, religious schools, sending thousands of preachers and millions of poisonous Koran translations all over the world. It’s really a propaganda effort.”

What can be done? 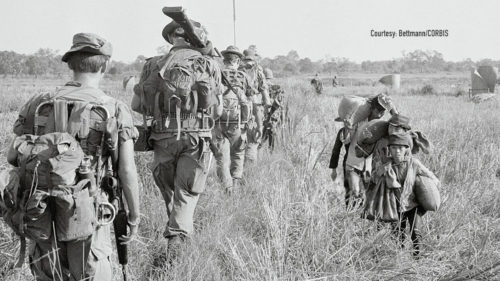 Western liberal democracies have found it difficult to curtail Saudi funding streams. This, in part, is due to the fact that on the whole liberal democracies tend to be non-discriminatory and predicated on religious tolerance. In addition, because the Wests relationship with the Saudi regime is historically strong, the funding of an intolerant ideological message has been allowed to continue largely uncontested.

Allied to this, are the vested interests involved. “We have armaments exporters who are very much interested in keeping the status quo. They sell a lot of planes, tanks and guns to Saudi Arabia. Actually, in 2017, they were the biggest weapons customer in the world….It’s very hard to get political acceptance for tightening the screws on Saudi Arabia”, says Schiotz Wibye. Furthermore, the possibility for change is undermined in the sense that the media in the Middle East is almost entirely owned by the Saudi regime.

Under these circumstances, Schitz Wibye believes that the combating of Wahhibist terrorism is difficult, if not impossible. The former ambassador argues that governments’ need to show less tolerance towards the intolerant and nurture a far more open and transparent public discourse.

Loretta Napoleoni posits that the availability of more information and the facilitation of a broader public sphere comparable to the Cold War years, is what is needed to begin to curtail the scourge of Wahhibist terrorism. “Today, I find that there is a growing isolation. There is not that flow of ideas and information. Everybody is so focused upon building up their own profile. There’s no ideology. We’re going beyond all of that. So unless we wake up and realize that we’re really losing that fundamental element of who we are which is being together, being a society, I think we’re heading for really hard times”, says Napoleoni.