150 Strong: A Pathway to a Different Future – Serialisation Part 2

When we find ourselves in need of a miracle there is a simple formula that can be applied: “Don’t panic, take stock, and do the next logical thing.” If we apply this formula, hold our course and maintain a positive outlook, the white knight of providence may intercede on our behalf.

That is not to say that the relationship between action and consequence can be avoided. There is no magic wand for the absolution of a life of feckless excess. In the case of our collective consumption binge, we have brought about the sixth mass-extinction event (to add to the previous ones, which are evident in the Earth’s geologic record), we have created a shambolic financial system of gross imbalance, and we have allowed our culture to degrade so far that a figure as flawed as that of Donald Trump has been allowed to become a credible candidate for the position of the world’s supposedly most powerful person. It would be a long way back to some semblance of a reasonable equilibrium.

But we should not give up hope.  If we work through our collective karma, we might find that there is the potential for regeneration.

As far as stoic perseverance in the face of testing circumstances is concerned, we are doing this part quite well. Panic levels are low. We have taken on board recent information about the extraordinary warming of our planet, the impending financial collapse and the degeneration of our systems of government into a total farce, and have just kept going. An eerie feeling of normalcy is being maintained without much effort.

However, we seem to be falling short in “taking stock.” There isn’t much coherent thought, and the range of responses includes wilful ignorance, the formulation of well-meaning but intellectually unsound and contradictory concepts such as “sustainable development,” a general feeling of “sentimental hopefulness” that things will carry on as they have, and a “fearful lethargy” brought on by the feeling that there is nothing we can do.

Given our failure to effectively take stock of where we are at, there has been little progress in applying part three of our formula: “doing the next logical thing”.

In this second instalment of the serialisation of 150 Strong: A Pathway to a Different Future, we present an extract which establishes a framework for evaluating where we are from an alternative perspective. We suggest that, based on this framework, new possibilities for action might be discerned.

The title of Chapter 2 is An Alternative Frame of Reference.

Those who have been trained as engineers or scientists are predisposed to investigate problems starting from first principles: to establish what is known at the most basic level – just the facts, so to speak – and then build a conclusion based on logic. When we attempt to analyze our current system using such a method, we must first backtrack quite far, dispensing with received certainties imparted to us through various official channels which may or may not have a basis in fact. Instead, we must seek to see things from a fresh perspective, outside of the prism of ordinary thinking. And to do this systematically, we first need to establish an alternative frame of reference.

The laws of physics may seem an unlikely place to start when approaching an analysis of our system of economics, but Newton’s third law describes a dynamic that is universal in all systems, not just mechanical:

For every action, there is an equal and opposite reaction.

Let us call this organizing principle the “reconciling force.”

The Tao and Physics

The Taoist symbol of yin and yang also provides a useful context. While the introduction of a symbol from the realm of metaphysics may seem like an unusual departure in a discussion of sustainability and economics, this symbol is useful for conveying knowledge at the level of fundamentals and helpful in our aim to understand the significance of the incentive structure behind our current system.

In the symbol of the Tao, the two fields – one black, the other white – represent the pair of opposites, and ordinarily this is about as much as people would see: two opposing forces working against each other, yin and yang, action and reaction, masculine and feminine. Less obvious, but perfectly intuitive once you put your mind to it, and essential to the emergent significance of the symbol, is that it also represents a third force: the harmony that is manifested in the entire symbol, where yin and yang are held in balance, in equal proportions, which represents the organizing principle, or the reconciling force. In Taoist philosophy, without black there could be no white, and for both to exist they must be held in eternal balance by the action of the unknowable Tao.

The dynamic of action, reaction and reconciliation is also evident in the structure of an atom, where there are also three elements present: the positively-charged protons and the negatively-charged electrons interact to form stable elements, facilitated by the presence of neutrally-charged neutrons. In this example, the neutrons are the reconciling force, and from this simple triadic template comes all matter in the universe.

Extending this triadic dynamic to human interaction, we can observe that in any situation where there is a process of initiation and negation, the same type of system is at work. Any effort to make a change in any direction always meets with a response in the form of opposition. This conflict is resolved according to the predominant organizing principle in effect at the time. Here again there are three forces at work: action, reaction and reconciliation.

An Example from our Everyday Lives

Extending this triadic dynamic to human interaction, we can observe that in any situation where there is a process of initiation and negation, the same type of system is at work. Any effort to make a change in any direction always meets with a response in the form of opposition. This conflict is resolved according to the predominant organizing principle in effect at the time. Here again there are three forces at work: action, reaction and reconciliation.

One example of such a system that most of us can relate to in a human context is marriage: when two people make a commitment to share their lives together, there is an organizing principle that holds them together, whether they are aware of this or not. It is the glue that sustains the relationship, and the reference point from which a couple can resolve its differences. Be it a complex web of mutual dependence, a sense of responsibility before children and other family members or, in the worst case, a vain sense of social propriety, it is the reconciling force of their relationship.

Often the force that initially catalyzes a relationship is sexual attraction, which is a powerful and ubiquitous force of nature. But usually it is not an enduring force due to the propensity for sexual attraction to become less of a motivator when faced with more everyday stressors, like the need to keep the kitchen sink clear of dirty dishes and maintaining general household order.

And even in a dysfunctional marriage – for example, where the motivating force of the welfare of the children has lost its intensity – the reconciling force may be the fear of separation. Each person is afraid of becoming poorer should they part ways, or of the separation being too shameful or too difficult. In this case, the organizing principle isn’t anything particularly positive, but it does keep the two together. On the other hand, in a healthy marriage there is usually some positive ideal or shared system of belief that is the reconciling force, such as an abiding friendship underpinned by acceptance, loyalty and love.

In order to effectively take stock of our current situation it would seem important that we try and understand the workings of this dynamic in our society at present. The fundamental questions are these:

1. What is the major reconciling force that governs our system of politics and economics today?

2. What are the effects of this reconciling force?

3. If there were to be a new reconciling force, what would it be?

And it is here that I wish to make a bold statement: It would take little more than effectively answering these three questions for our lives to change for the better, for that which follows from such a basic understanding becomes inevitable. 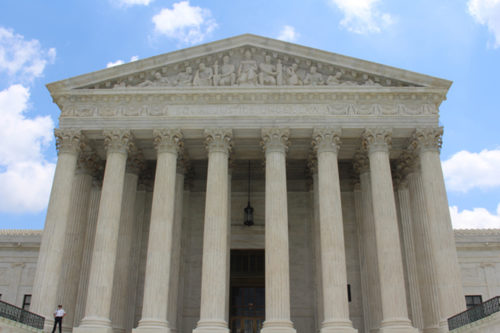 150-Strong: A Pathway to a Different Future – Serialisation Part 3