150-Strong: A Pathway to a Different Future – Serialisation Part 3

“The more laws and commands there are, the more thieves and robbers there will be.” Lao Tzu

Information leaked in the Panama Papers about the use of tax havens certainly supports this statement! Under the cover of the law thieves and robbers have been maintaining their privilege and ultra-wealth by being tricky. Many of them are leaders – politicians, monarchs and business executives. “I have done nothing illegal,” they say as their souls disappear a little further into a fog. And from the germ of their example a cancer grows.

Rules work best when they are kept to a minimum.

This I have seen illustrated in the context of the business I am involved in. We are a construction company employing approximately 150 people, a mix from all walks of life – old friends, relatives of workers who needed a job, qualified recruits who fitted the mould, troubled youth recommended by the courts as worthy of a second chance, odd bods and colourful characters who fell into each others’ orbits. Some are very skilled and others developing.

We operate with very few rules. The main rule is that you must be accountable for your actions amongst your peers. Through our systems of reporting no information remains hidden for long, and no one is allowed to hide behind the manipulation of words, duplicity or attributing blame to others. There is little need for rules when regret and shame operates for those who fall short.

It is a system that requires that participants have a personal relationship with each other, where they know each other well enough to care and to understand beyond a superficial level what is going on. Moderation and maturity is required because exposing the foibles of others can be exploited as an opportunity for persecution, blame and cavilling. We have seen that if people in senior positions lead by example, rather than skirting their responsibilities, a team spirit develops, characterised by collegiality and camaraderie. And when bonds are established through shared experience and commitment to support one another, there develops real strength, far beyond that which can be forged through an impersonal and inflexible system of rules.

But operating this way requires swimming against the current. We operate in a rules-based society. To an ever greater extent, discernment is being replaced by compliance, and it is like sinking into a swamp.

Regulation and legislation are blunt tools. Take the United Kingdom, where there exist 21,000 pieces of regulation, while the City of London is thick with corruption. It serves as an example how morality and the application of the law often diverge.

Joseph Tainter, author of The Collapse of Complex Societies, reported that almost all of the two dozen collapsed civilisations he examined suffered from diminishing returns on complexity. And there is nothing more complex than the legal system!

In this week’s excerpt from 150-Strong, we examine the operation of the law as a companion of the profit motive system:

Law as a Counterpart to the Profit Motive

In a system governed by the profit motive, where the marketplace pits rivals against each other in fierce competition, the law acts to provide a moderating context. In an environment where there is much at stake, and the spoils of victory great, it is necessary that there be rules in place to maintain some basic standards, and to prevent capitalism from degenerating into gangsterism, or worse.

For example, slavery used to be legal in many parts of the world, but is now banned by a binding international convention (at least in its most overt and blatant forms). At the opposite end of the spectrum, in England it was once a common practice for bakers to add such things as ground bones, clay and chalk to bread to keep costs down and increase profits, but now this is also illegal.

For a business, compliance with the laws is usually seen as a cost, especially when it comes to environmental regulations and labor laws. And since minimizing costs to maximize profits is part of Friedman’s ideological imperative, businesses tend to gravitate to locations where the laws are the least restrictive. As long as property and contract law are respected, fewer laws generally mean greater profits.

The law is based upon the interpretation of rules that are written so as to be as general as possible, but they are subsequently applied in very specific circumstances. This conceptual flaw means that laws inherently lack sensitivity and contextual nuance, and the inevitable shades of grey present in any real-world situation have to be resolved by lawyers who argue endlessly about the meanings of words, taking a lot of time and costing extravagant amounts of money. In the process, they tend to divide people into winners and losers, giving rise to feelings of loss, aggravation and resentment.

The law is based on the precise interpretation of words, making it vulnerable to exploitation by clever people who find loopholes that go against the intent of the law. This creates a culture of insincerity, in which various parties adopt positions of righteousness that are not backed up by any sense of morality, and use tortuous language to disguise their pursuit of self-interest.

The very process by which laws are formulated requires them to be complex, since the process of developing them requires many different situations to be considered, and many different contexts to be accommodated. But no matter how intricate and nuanced a piece of legislation, most situations in which it applies do not allow for intricacy or nuance. They usually involve people or companies with limited amounts of experience, competence and resources. Thus, no matter how perfect a law is in its conception, it inevitably becomes a blunt instrument in its application.

One further significant shortcoming of the law is that it is biased in favor of those with money. The cost of engaging lawyers to resolve a dispute in the courts is significant, and those with the biggest budgets – insurance companies and other large corporations – have a far greater ability to prevail in litigation than ordinary citizens. There is often a total mismatch between parties that are in disagreement. A lawsuit is a small risk for corporations, with their armies of lawyers and with millions or billions of dollars in their war chests. To battle them, private citizens may have to stake their life’s savings and commit a significant portion of their lives.

Moreover, the law provides numerous advantages to wealthy and powerful people looking to protect their interests. It is a powerful enabling medium for numerous strategies that prevail through obfuscation, deceitfulness and insincerity in the pursuit of naked self-interest. These include the use of complicated small print to shirk moral responsibility, the structuring of one’s affairs in order to avoid taxation, the evasion of personal responsibility by establishing limited liability legal vehicles and, as just mentioned, by bullying those who are poorer and thus weaker with the threat of litigation.

Lastly, the law allows for systemic, legalized corruption. Those with money and connections can usually find a way to exert undue influence on lawmakers – through political donations, lobbying and more corrupt means – to have laws enacted that favor their private interests at the expense of the public.

Finally, and paradoxically, the law also tends to stifle personal responsibility and initiative by imposing a heavy burden of compliance… Instead of nurturing self-reliance and furthering the development of good judgment, many of these regulations seek to protect people from themselves. Children – even teenagers – cannot play unattended. Blind obedience to rules and mechanically generating health and safety compliance paperwork have become more important than safety itself. For example, a school in Bristol in the United Kingdom recently banned a blind 7-year-old girl from using her cane because it constituted a trip hazard. Examples of this absurd lack of common sense abound in the culture of zealous compliance that colors most of the Western world. All of this leads to an increasingly enfeebled population, fit only for life in a climate-controlled padded cell under the watchful eye of certified, credentialed minders. The root cause of this insanity is reliance on the law as a reconciling force, while what is really needed is discretion and intelligence.

Regulation is often put forward as a way of compensating for the numerous ills created by the profit motive. But this amounts to an attempt to use two wrongs to make a right, because, just like the profit motive itself, the law is also rooted in negativity. It is a way of setting parties apart in conflict. As noted above, it promotes insincerity, disguises the pursuit of naked self-interest, amplifies the effects of privilege, and is slow, cumbersome, expensive, imprecise and unpredictable in its application, and vulnerable to exploitation and misappropriation by the least scrupulous.

That is not to say that lawlessness should be encouraged or promoted. But at the granular level where the socials ills borne of the profit motive have to be opposed, the usefulness of the law is very limited, and recourse to it is fraught with unintended consequences.

Something beyond the law and regulation is required if there is to be real regeneration. 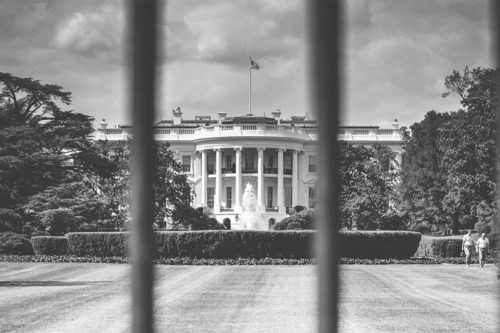 150-Strong: A Pathway to a Different Future – Serialisation Part 4