150 Strong: A Pathway to a Different Future – Serialisation

Capitalism comes with a potpourri of sweet-scented prefixes, all of which presume that there is something wrong with capitalism per se. There are some other prefixes we commonly hear—crony capitalism and unbridled capitalism—that suggest that we aren’t doing it right.

Perhaps it is Goldilocks capitalism we need? Not too mean, with just the right amount of good will and charity, a measured dose of state regulation, a safety net – not too big and not too small, and the rest left to the free market?

Or is capitalism just capitalism in the context of people being people? The system swings between the poles of libertarianism and social democracy according to the changing tides of voter opinion. Some capitalists have more feeling for their fellow humans than others, while there are always greedy, selfish sorts lurking to do one over the rest of us, and certain trends are inevitable according to the incentive structure inherent in the system.

It is this last point, that outcomes tend to be inevitable according to the incentive structure operating, that serves as the starting point for a book I have recently written, titled 150 Strong: A Pathway to a Different Future, published by ClubOrlov Press. Over the coming weeks it will be serialised on Renegade Inc, with extracts presented.

On the topic of incentives, the book begins with an Author’s Note:

This book began as a response to the use of the word “sustainability,” a concept I became connected to through my training in sustainability engineering: the design and incorporation of environmentally-friendly practices into commerce and industry. It is based on principles such as these:

All of these seem like good and logical ideas. But there is a rather significant problem in attempting to work in this way, because the greater context in which such efforts are currently being made reduces them to a farce: our current system of economics, which encourages short term accumulation of financial profit, is fundamentally incompatible with sustainability. This, to use a colorful colloquialism, makes such efforts akin to “farting against thunder.”

That is not to say that profit is inherently a negative thing. The creation of a financial surplus, in its most earnest expression, could be equated with prudent and efficient house-holding. But if nature is to serve as our model, then we can see something of how our current approach to profit has become problematic.

The accumulation of a surplus is a natural process: a plant accumulates surplus energy and nutrients to be able to bear fruit; a polar bear accumulates a surplus in the form of body fat which enables it to survive the winter; and our hunter-gatherer ancestors collected a surplus of food so that they would be able to survive in lean times. But in the monomaniacal pursuit of profit that we are engaged in at present, there is little that is natural about it, little sensitivity to the intricacies of the environmental and social systems that sustain us.

The reason for this can be deduced from a simple formula:

From which we can see that the profit motive and the “sustainability motive” are diametrically opposed: If sustainability initiatives were to truly succeed beyond the narrow realms of such things as waste minimization and embracing new technology, they would result in less income (due to reduced consumption) and more expenses (due to the cost of mitigation measures) leading to lower profits.

This inverse relationship between profit and sustainability is hugely important, and it is the proper starting point in any effort to confront our large-scale environmental problems. Yet it is almost universally ignored in official circles, and political efforts to address sustainability issues give it almost no coverage.

In our current way of doing things, the conflict between profit and sustainability is resolved through regulation, where all must comply with certain rules that hurt profitability a little bit but avoid worse damage. And, indeed, this approach has produced many good outcomes: the air is cleaner in Los Angeles, the fish are returning to River Thames, and many large areas of undeveloped land have been protected as national parks. But, for many reasons, it is an approach that is flawed: it doesn’t handle complexity well; it breaks down when there are different laws in different countries; and it only works when there is a social context in which the law is supported and enforced.

As soon as one tries to address these problems, sustainability becomes an unapproachable subject: to address it at the big-picture level one has to address the underlying economic and social context, but that is something of a taboo. Nevertheless, there is some mainstream discussion opening up on this topic, including some positive response to Naomi Klein’s book, This Changes Everything: Capitalism vs. The Climate (2014), and increasingly, it seems, the need to consider alternatives to our current system is being recognized.

The main message of the book is that we are blind to the significance of the reconciling force of our current system, which happens to be inherently negative, and that it is only by understanding this that we might have some chance of finding a better way of doing things, for anything else would be but tinkering around the edges.

In seeking to provide a bridge to something better, a very successful and proven system that operates with an alternative, positive reconciling force is examined. It is based on Dunbar’s number, which originates in evolutionary biology and proposes and upper limit to the number of people that humans can maintain effective social relationships with, which is approximately 150 people. 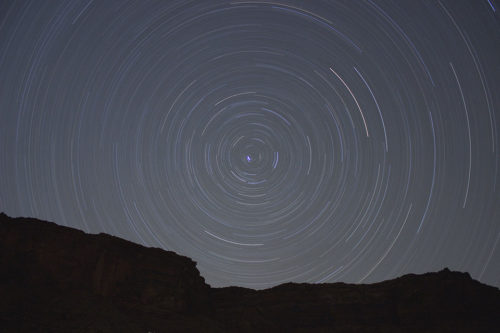 150 Strong: A Pathway to a Different Future – Serialisation Part 2