Separating economics and politics is impossible, so it’s important to point out that the misguided notion of austerity is not just killing people, but also democracy.

For all the positive merits of the democratic system a major and inherent risk exists.

Democratic governance is built on the ideal concept of citizen involvement. That is, the notion that for a government to be able to manage the citizens of its state, citizens need to be involved in the decision making process.

This justifies the use of voter turnout as a barometer of democratic health.

The greater the voter involvement the further a governing system is from autocracy or bureaucracy.

The metric also acts as a self-check mechanism, where low voter turnout provides a platform to push radical or reformist agendas.

For all the positive merits of the democratic system a major and inherent risk exists. And that is that proposed agendas are not weighed by the accuracy of their content or their scientific legitimacy and merit, but rather are reinforced or weakened by the subjective points of views of its citizens. This creates a dangerous high stakes situation where a nations direction, be it progression or regressive, depends on how well informed the general public is.

To ensure an adequate level of “informedness” a comprehensive educational system and easy access to varied and accurate information becomes a necessity to healthy governance. Current British government practice however, has turned its back on this simple truth. This is either due to severe austerity measures to ‘counter the last economic crisis’ (which it won’t) or, less forgivably, in favour to neo-liberal politicians blind allegiance to neo-liberal economics which pushes for the privatisation of education. It could be due to both.

These policies have interacted in a dangerous way resulting in a heightened level of “democratic brain drain” or low electorate turnout. This is actually an election winning strategy in the UK were changes to boundaries and the system has meant that an estimated 800,000 people have dropped off the electoral register. Ironically – students in university towns – are at the highest risk of being excluded. 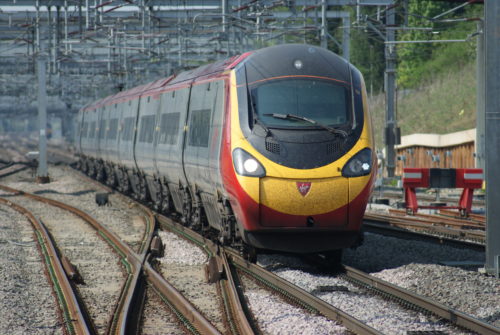 The increased privatisation of education has automatically created further exclusivity around the information that can be accessed and by whom. Individuals that belong to wealthy families will have access to a breadth of information. But as wealthy individuals tend not need worry about their future economic stability, the quality of this information becomes increasingly determined not by what is considered important to their functioning as a citizen belonging to a state, but rather as a function of their economic class. Information then becomes proprietary, a preserve of the aristocracy with little to no practical application. This negatively affects everyone.

The privatization of the educational system also increases its reliance on endowments, bounding the learning curriculum as topics that may be deemed offensive would quickly be shunned, either openly or quietly, in favour of an institutions financial prosperity. This is especially true when subjects contain a “moral” quality where more conservative views, due to the patriarchal nature of endowments, prevail. A very subtle yet very effective control of the cognitive map.

There is Such a Thing as Society

The introduction of austerity and the reduction of social support also greatly impede social mobility. This tied in with an economically tiered educational system, resulting from privatisation, means there is significantly less diversity in educational content among lower income schools. Education, if available, then becomes one of the only ways in which individuals may seek to improve their economic standing. In other terms, schools undergo a commodification where the ultimate goal of education is to learn the skills and knowledge necessary to succeed in a trade or profession. This strips education of its individualistic values, and those with skills that do not fit a utilitarian purpose are left with no outlet for their talents and ambitions. Again this negatively affects everyone. In lower income households the previous describes the best of outcomes, as a stark reality leaves individuals solely preoccupied with alleviating their economic burdens that any pursuit of knowledge, due to the absence of leisure time, is impossible. For as Willem de Kooning once said, “The trouble with being poor is that it takes up all your time.”

Under these circumstances it is impossible for a nation to build the necessary engagement and healthy debate that may result in progressive policy, for education is neither varied to create multi-polar opinions, nor accurate in its representation of citizenship. Which sadly is the kind of outcome cynical election strategists try to engineer. Knowledge becomes, on an individual level, only necessary to the extent that it could lead to economic progress or as a tool of social validation. As such, even liberal ideologies have become as much of a party line, built on an absolutist and aristocratic moral charter, as conservative doctrine built on traditional, outmoded notions that no longer hold value.

Commoditised education and a narrowing of our cognitive map see the normalization of reactionary politics on either end of the political spectrum. This isolation of thought, coupled with economically tiered access to information, only means that with austerity, democracy eventually dies.