When a billionaire does it, we say it is markets at work. Dr Cameron Murray examines this economic fallacy.

Elon Musk has lost billions of dollars for nearly a decade trying to make electric vehicles at Tesla in a way that has never been done before.

In the new tech-billionaire space-race, where Musk has also been active with his Space X company, his competitor Blue Origin, run by Amazon CEO Jeff Bezos, has been running at an enormous financial loss, requiring Bezos to sell over a billion dollars of Amazon stock a year to fund his space venture.

In both of these sectors, electric vehicles and space transport, there is no guarantee of any long term profit – there are threats from multiple new entrants as well as incumbents in both sectors. Yet billions of dollars are being poured into these experimental investments.

When governments fund similar decades-long loss-making ventures that expand the economy’s production capabilities, we call it industrial policy. When a billionaire does it, we say it is markets at work.

But there is nothing “market like” about long-term, long-shot, gambles like these. This behaviour falls outside any core economic theory about the efficiency of markets in allocating resources. After all, most billionaires don’t spend their fortunes on privately-funded industrial policy with only a fleeting chance of any future payoff.

If a country wishes to expand its production capabilities, it seems foolish to rely on the type of luck that the United States finds itself with. Australia’s billionaires, for example, are busy fighting to keep their generous tax loopholes and government protected monopolies, innovating more in their lobbying and corruption than in production.

Australia’s rich list is peppered with billionaires who made their fortune on the back of favourable government deals that handed them economic windfalls. There is barely a single innovator amongst them.

It should be no surprise then that Australia’s multi-decade de-industrialisation has finally become a mainstream political topic. According to research from Harvard, in the 20 years prior to 2015, Australia dropped from 49 to 77 in the country rankings of the complexity of their production capacity – that is, how advanced and diverse the county’s manufacturing capabilities are.

And our lazy billionaires were nowhere in sight.

Despite the benefit of billionaire industrial policy, and a stable position in the country ranking of economic complexity, Donald Trump made it to the White House selling the message that manufacturing still matters in the United States.

So what does effective industrial policy look like when it doesn’t rely on lucky billionaires whose ambitions may not always match those of the rest of us?

The answers are simple. If society accepts that losses from some experimental investments to make the impossible possible are worth the risk, it doesn’t matter who takes the losses – the public via government, or billionaires. After all, the macroeconomic implications are the same; real resources, the land, materials, human labour and its brainpower, are all diverted from productive uses to high-risk high-stakes experiments, be it in space, or the electrification of transport.

Typically, governments have been one of the few large organisations able and willing to make large long-term losses for a small chance of a broad long-term gain. There have often also been military motivations lurking in the background of such investments, but this need not always be the case.

NASA’s spending on the original space race, for example, was itself an extensive piece of industrial policy. NASA’s spending peaked at $5.9 billion in 1966, which was 4.4% of the federal budget, with limited direct commercial return. The graph below shows just how abnormally large the spending program was in the 1960s, and a back-of-the-envelope calculation shows it to be about 100 times larger than losses being made in the current billionaire space-race.

In effect, the 1960s spending on the space-race was a decade-long loss-making venture undertaken by the US government that radically expanded the production capabilities of the country. Indeed, if not for this earlier period of enormously costly industrial policy, the current private space-race would have little reason to exist.

What happens with these types of experimental investments is that any future benefits often emerge indirectly. The materials and computer technology developed in the 1960s space-race has dispersed through the economy creating broad and indirect benefits that are very hard to see, but that nevertheless have expanded global production capabilities. 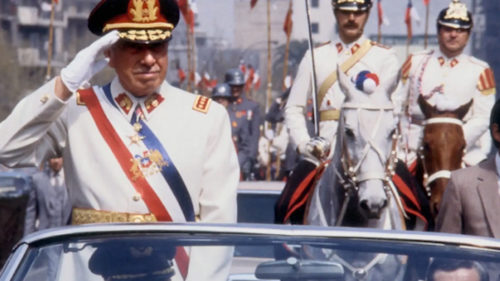 The other thing that competent governments have traditionally been good at is overcoming coordination problems that would stifle innovation happening in any one particular area. What good is a boom in private flight, for example, without air traffic control and a system to coordinate it? What good is developing the capability to build railroads without the ability to acquire the land to put them on?

Here again we see billionaire industrial policy playing this coordinating role. Tesla has been investing in both new electric vehicles, and the large infrastructure network of high-speed charging stations necessary for them to become a fully useful replacement for the petroleum-fuelled vehicle fleet. And again, like all vehicle manufacturers, they are relying on earlier public investments in the coordinating system that is the road network itself.

The trick to understanding the logic of industrial policy is this. Markets won’t automatically experiment with high-risk new investments with a fleeting chance of any future direct return. Somewhere, someone must make losses for a long time while experimenting with new types of production knowing that there may never be a direct future return. Somewhere, someone must coordinate to avoid external conflicts that can arise and stifle new production.

With renewed interest in manufacturing, renewable energy, and space, governments can take on these traditional industrial policy roles while also supporting billionaire industrial policy if it emerges as well. There is no conflict. But if we want to build things that have never been built before, someone has to take on the short term economic losses to get there.