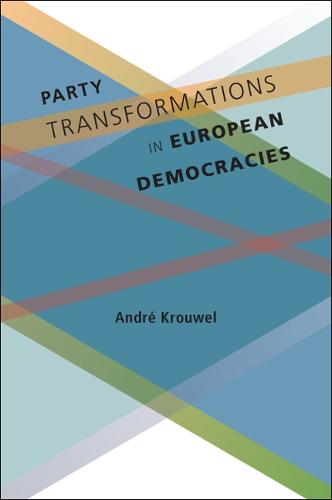 A big assumption we make when talking about the internet and social media is that it is a power for good and enhances democracy. But what if this assumption is out of date and instead of improving our understanding and informing our political choices, social networks and social media actually narrow the debate and close down free speech? What if electorates across the world are being manipulated by tech monopolies that are collating our data and using it to appeal to our prejudices? In short, what if digital is killing democracy?

Maybe our view of social networks as benign, non-political actors has been naive. After a string of recent global political upheavals maybe we need to rethink where we get our information from and who’s pulling the strings.

We went to the Netherlands to meet André Krouwel, a political scientist who thinks differently about the power and influence of social media.

Before we got into the failure of the internet to achieve democratic change, we asked Krouwel about how he sees Europe today and what word comes to mind when he thinks about the European situation.

Krouwel told Renegade Inc. that at the very same time it is trying to form a political community unified around Europe, the opposite is occurring.

The word he used to describe Europe: “Fragmentation”.

“You see that in many countries there are movements towards a more nationalist or even secessionists kind of trends,” he said. “The Catalansa are the latest example of this but you can see these examples across Europe. You see this trend in the Balkans where people are breaking away from from larger entities. You see Britain now breaking away from Europe in its entirety. Europe has to rethink itself. The European idea, rather, has to rethink itself because otherwise it’s not going to hold.”

Krouwel said The European Union made a number of very big mistakes, the most important of which was to have policy making occur at a supranational level while political accountability remained at a national level.

“Why would you think of a system where you make policy in Brussels, and then have national parliaments the main control of those politicians who make those decisions, and then they try to make an extra Parliament in Brussels, which nobody knows who is in there? They don’t know those representatives. What they should have never done is to disconnect those two.”

“Then there is accountability by the same people, with the same information,” he says. “At least you’ll solve that problem.”

So long as policy-making remains disconnected from accountability, problems will continue, Krouwel says.

“Because what do politicians do? They scapegoat. Politicians themselves undermine Europeanisation because they use Europe as a scapegoat for things they want anyway. They negotiate at a European level and then pretend to their national electorates as if it’s not their fault.”

The political scientist says these problems were exacerbated in Britain because a large part of the Conservative Party never wanted this level of Europeanisation in the first place and had reluctantly gone ahead with it when they saw that it created wealth, prosperity and security (for some), leaving an internal rift that has now come back to haunt the UK.

“But of course if those promises are gone, then why would people support an idea of a unified Europe?,” says Krouwel. “So creating the Euro is a good idea economically, but then you need the political tools to control it.

“Why are you taking away the macro-economic mechanisms of national governments to to make people wealthy and prosperous and safe?

“I do not understand why you would create a currency that does not have that ability.

“Then you also have to create European governments and a European central bank that can actually do that. Disconnecting those two leaves behind a big vacuum.

“And who jumps in there? Big business, big companies and lobbyists. Try and get a house or a job in Brussels. Unless you’re a lobbyist for Europe, you can’t afford it.”

The idea that you can have European parties is also a mistake.

“Politics is national and local because you need to know the people before you can trust them,” he says. 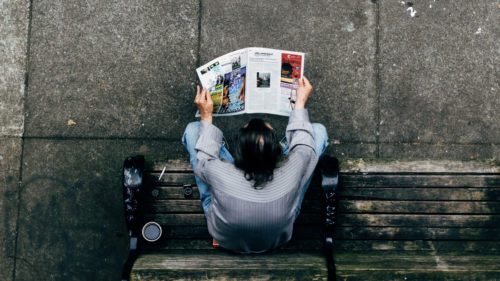 Democracy in crisis: Where front is back, white is black and lies are truth

Ironically, Krouwel says bureaucrats are more reliable than politicians who are playing one political system off against the other.

“They’re using what is called ‘multi-level governance’,” said Krouwel. “Policy is made and controlled at different levels. Politicians get to pick and choose where to get the best policy making deal or popular support.

“It’s not a good idea to pick and choose your constituency. You have to be very clear on how a politician is elected, and what he or she can or cannot do, then within that constituency, control him or her. That’s what went wrong. They could go up to Europe and negotiate a policy with multiple countries and then say it’s not their fault in the national arena. Many people feel that they’re defenceless against that, they can’t change it because there’s no democratic control. So what election are you having to throw the rascals out? That’s not possible.”

The internet revolution has doomed democracy

Go back 50 years or so ago, you’ll find most newspapers were controlled by parties, churches and other religious or political organisations. Information could be controlled through national media. Thanks to the internet and commercialisation of the press, people can more easily access political information: the good, the bad and the ugly.

This means people can more easily create their own image of reality and voice dissent more easily than ever before.

“It’s not so easy when people online start calling you a liar, a cheater, an incompetent,” says Krouwel.

“We have lost our space for a national debate, and certainly a European debate.

I’m not an optimist about internet revolution. In fact the information revolution is actually undermining democracy, and we’re only just seeing the beginning of that.”

There are several reasons technology will not result in a distributed democracy, administered via our smartphones.

Firstly, a large portion of the internet is purely commercial and controlled by companies. Telecommunications and internet companies have no interest in having the internet function as a public utility, let alone using it to safeguard democratic values and journalistic traditions and practices.

“Imagine every picture you take, of your house, of your cat, of your family, of your holiday. That gives information to the people who can scrape those photos, who can take information, create data and connect it to databases. They can make data into information, information into knowledge: that’s power.

The internet is a revolution for companies like Google and Facebook who are becoming the main players in the global economy. These same companies are making citizens, governments and states utterly powerless.

“That’s why they also don’t pay taxes,” says Krouwel. ” Because why would they? They can threaten governments and states with just leaving if they if they try to charge some heavy taxes on them.”

Internet companies have governments over a barrel

Another aspect of Krouwel’s argument is that, not simply that companies can threaten governments with leaving, but they have access to the kind of information and knowledge power that governments need.

“And they can close it down if they don’t like particular people (governments, parties or political groups)”, he says. “They close down democratic voices in many parts of the world.

“You think Google is a freedom fighter? Or Twitter?

No. They silenced dissidents in China. Facebook silenced people in parts of the world where they were contesting their government.

“I was standing there in Tahrir Square, in Cairo, with people who are were pro democratic (and anti-Democrats, by the way). Everyone was remarking, ‘oh wow, the Facebook revolution! This is the Facebook and the Twitter revolution.’ No it’s not. The revolution was that the people from below were really poor, trying to mobilise, first in their local area, and then they became so angry at the system because it was impoverishing them, that they mobilised against the system.

“The idea that commercial companies will, in the end, bring us all the happy democratic world that we all want –  if we want that, that’s also not clear – I don’t believe it for one single iota. Seriously that’s not going to happen.”

Tune into the rest of the episode above as we try to uncover real and tangible ways democratic change can be achieved.