In terms of trust, the mainstream media today is at an all time low.

So at a time when the establishment and the media started using fake news as a catch-all phrase about stories that don’t fit their agenda, we ask what is fake news, is it here to stay and if so how will it change the future of journalism?

What is fake news?

One of the major problems when discussing fake news is that the term is subjective and so it is difficult to arrive at a definitive notion of what it means. Mike Berry explains that populist or authoritarian politicians, for instance, might define fake news as anything that is critical of them, while at the most obvious level, others would define it as basically false content.

But in addition, Berry argues that there are other areas that have been defined as fake news which impersonate legitimate sources or use fake social media accounts or bots as part of deliberate campaigns of disinformation or misinformation intended to shape the media-information environment.

By contrast, Lindsey German notes that the mainstream media prefer a narrow and simplistic definition which they associate with unprofessionalism. This narrow definition, argues German, is used to disguise the fact that fake news reporting has always been a part of the establishment media landscape.

The activist cites the case of the Zinoviev letter in the 1920s which was propagated in newspapers at that time to undermine Labour during the elections, as an early example of fake news.

The main casualty of these propagandistic forms of fake news is investigative journalism. In the view of Craig Murray this explains why the public who seek the truth are increasingly turning away from mainstream media sources for their information and are instead sourcing independent and alternative news outlets.

As a result, says Murray, the mainstream media are losing their monopoly on defining the news agenda which he says is where the current panic about fake news stems from.

The former ambassador is nevertheless aware that new corporate controlled media gateway alternatives to the traditional media are not necessarily the answer to a mainstream media in crisis:

“The danger of new media”, says Murray, “is that you have corporate gateways, effectively dominated by Facebook and Twitter. These corporations have the ability to cut off and close down the stream of most alternative news sources on the Internet. Most of these sources, including blogs, get over 50 percent of their traffic coming in from Facebook or Twitter.”

The reporting of the banking crisis, post-2008, is another example of fake news. Mike Berry argues that rather than providing the public with any insights into the structural flaws of the capitalist system as an explanation of the crisis, the press reduced the possible cause to a simple morality tale of bad bankers while they also focused debates using a restricted range of sources sympathetic to the attitudes and opinions of people in the City.

Berry cites the themes of supposed overspending by the then Labour government, an alleged over-bloated public sector and debates around immigration during 2003-4 in the lead up to the crisis, as an illustration of how this kind of limited spectrum of opinion is then replicated by ordinary members of the public.

“Media works”, says Berry, “by the repetition of certain themes, arguments and discourses over a long period of time.”

With regards to the national broadcaster, much of this repetition is predicated on a narrow range of frequently unchallenged and reinforced myths and assumptions. This comes to the fore during times of war and peace.

Lindsey German explains the rationale of the BBC:

“You’re allowed to be opposed to war at certain times but not at others. The day the Iraq war started in 2003, the whole media narrative changed very, very rapidly. It was almost like they’d been a military coup. It’s not like you get a particularly fair hearing beforehand but afterwards the whole assumption is you’re a problem because you’re against this narrative for national unity.”

Craig Murray proffers the view that mainstream television news and studio debates are essentially limited to a spectrum of ideas predicated upon an underlying right-wing or neoliberal economic bias.

The purpose, argues Murray, is to exclude alternative points of view that fall outside of the mainstreams notion of what is deemed to be an accepted range of opinion at any given time.

Murray cites the media’s censorship in relation to debates on the rights and wrongs of nuclear weapons and the incredulous way the debates on the Iraq conflict were framed, as examples of how this censorship pans out in practice.

“Real fake news”. says Murray, “is the intellectual refusal to even countenance an alternative view. The media live in a bubble of their own where you’re not allowed to admit that wars abroad can cause violence at home and take as read propositions which are logically indefensible. This entirely warped narrative became accepted as the only thing we were allowed to believe and the only thing we were allowed to hear, and that is the real fake news.”

With the proliferation of media, it could be reasonably argued that the public has a responsibility to come to conclusions about issues based on the dissemination of a wide range of views beforehand. Indeed, it’s the sheer volume of information sources people have at their disposal compared to the past that is resulting in the collapsing of many of the old fashioned models of newspapers and broadcasters.

Murray argues that we are at the beginning of fundamental changes in the way that people make a living in the media through traditional means. This applies equally to mega-news corporations like the BBC whose licence fee cannot be sustained in the long-term given that viewing figures for the state broadcaster are decreasing year on year.

The former ambassador predicts that in decades to come there will be a growth in alternative forms of media that will continue on the path of monetizing a very different kind media landscape compared to the models of the mega-entities and that this will shift the prevailing international relations narrative in a positive way.

Lindsey German, however, says that the current reality is that mainstream media like the BBC have massively more resources at their disposal than citizen journalists and so the battle for narrative supremacy is a highly unequal one. 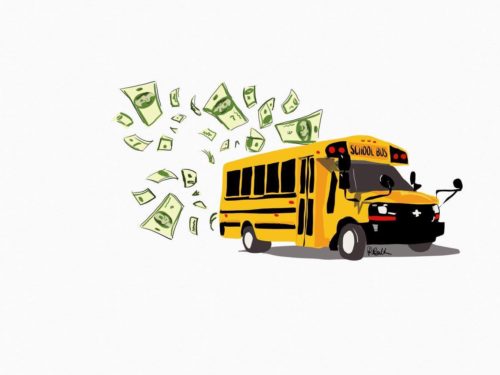 Mike Berry implies that the BBC has the potential to reform itself from within. But given the national broadcaster’s inherent structural constraints, this outcome is highly unlikely.

According to Murray, the BBC is an idea whose time has gone:

“I’ve never seen a state broadcaster anywhere in the world that wasn’t basically a government propaganda organization. And the BBC is no different”, says Murray.