‘After Me, the Jihad’: Gaddafi tried to warn the west, but nobody listened

Recently disclosed phone calls between former Libyan Premier, Muammar Gaddafi, and former British Prime Minister, Tony Blair, reveal that Gadaffi tried to warn the west what would occur if it used Libya as a pretext for military intervention and regime change.

The premonition – which has proven frightfully accurate – fell on deaf ears.

This was disclosed with the recent release of phone conversations from early 2011 between Muammar Gaddafi and former British Prime Minister Tony Blair.

The West was then gearing up to use unrest in Libya as a pretext for military intervention and regime change. Gaddafi desperately tried to convey through Blair the folly of such a war, pleading that he was trying to defend Libya from Al Qaeda, which had set up base in the country. He said:

“They have managed to get arms and terrify people. people can’t leave their homes… It’s a jihad situation. They have arms and are terrorising people in the street.” 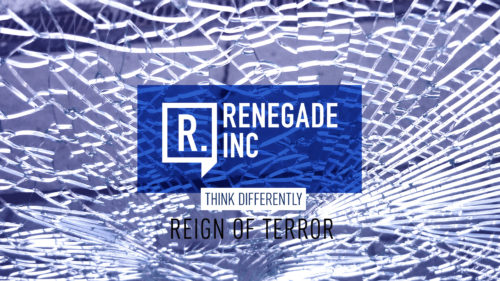 Gaddafi’s warning went unheeded, and NATO, led by the US and France, launched an air war that toppled Libya’s government. Later that year, Gaddafi (himself a brutal oppressor, like all heads of state) was forced out of a drainage pipe, and then beaten, sodomized, and shot in the street by a mob. His corpse was then draped over the hood of a car.

US Secretary of State Hillary Clinton, who had done more than any single person to advance the Libya War, was informed of Gaddafi’s death while on camera. Fancying herself a modern Caesar, she chortled, “We came, we saw, he died!”

Since then, Gaddafi has been proven tragically right. As Libya descended into civil war and failed-state chaos, jihadi groups connected to Al Qaeda conquered much of the country. Libya underwent the same American “liberation” that had already befallen Afghanistan, Iraq, and Somalia — and would soon be visited on Syria and Yemen.

Shortly after Gaddafi’s overthrow, some of the now-rampant jihadis helped the CIA run guns from Benghazi to fellow jihadis in Syria.

Benghazi had been a rebel stronghold. The Obama administration claimed a Gaddafi-perpetrated “genocide” was imminent in that city, using that claim as the chief justification for the war. There was zero indication of such an impending atrocity. But there was ample evidence of an Al Qaeda presence in Benghazi, as Gaddafi tried to tell Blair, saying that members had “…managed to set up local stations and in Benghazi have spread the thoughts and ideas of al Qaeda.” 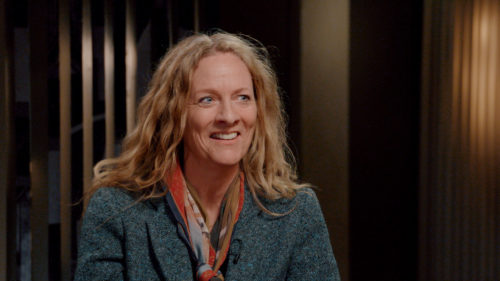 After the regime change, on September 11, 2012, the jihadis turned on their US allies in Benghazi, sacked the US diplomatic compound, and murdered Ambassador Chris Stevens.

Now ISIS has spread throughout Libya. Just days ago, ISIS perpetrated a truck bombing that killed dozens at a Libyan police academy in Sirte, a former Gaddafi stronghold. Indeed, Gaddafi informed Blair that jihadis had “attacked police stations” back in 2011.

“They want to control the Mediterranean and then they will attack Europe.”

And ISIS has, indeed, been battling to take control of Libya’s main oil ports in recent weeks. The group has also long been planning to use Libya as a base from which to launch attacks on nearby southern Europe. ISIS did strike Europe recently, most famously in Paris.

And it was not just Gaddafi personally who had been ringing such alarms to the Western powers thirsting for his blood. His intelligence officers produced reports demonstrating that heavy weapons being sent to the Libyan opposition, with NATO approval and Qatari financing, were being funnelled to militants with ties to Al Qaeda. At least one of those reports was even prepared in English to facilitate its transmission to key members of Congress via US intelligence.

Yet, there was no need for the West to rely on the Libyan regime for information about the jihadi threat. Indeed, as emails recently released by the State Department reveal, Hillary Clinton’s own right-hand man had informed her before Gaddafi’s overthrow that rebels were committing war crimes, and that “…radical/terrorist groups such as the Libyan Fighting Groups and Al Qa’ida in the Islamic Maghreb (AQIM) are infiltrating the NLC and its military command.”

As Brad Hoff reports, that same email discloses that, very early in the Libyan crisis, “British, French, and Egyptian special operations units were training Libyan militants along the Egyptian-Libyan border, as well as in Benghazi suburbs.”

They would soon be joined by US special forces and the CIA.

The war in Libya that Hillary Clinton, UN Ambassador Susan Rice, and Samantha Power of the National Security Council were driving toward was so predictably a fiasco-to-come that, behind the backs of the Amazon Warriors Three, America’s top generals conspired with Congressman Dennis Kucinich to try to arrange a peaceful resolution to the crisis. But the war-making diplomats triumphed over the diplomacy-making soldiers. Hillary buffaloed the brass and got her war.

Abundant warnings of a Jihadi Deluge continued after the regime change, as well. As Nancy Youssef wrote at The Daily Beast:

“…many celebrated Libya as a success story of limited US intervention despite obvious signs there of looming instability. The British consulate in Benghazi came under an attempted assassination attack the previous summer and other nations pulled out amid rising violence. The US consulate in Benghazi suffered an improvised bomb attack around the time of the strike on the British. And there were early signs of a rising jihadist presence in the eastern city. In Tripoli, Sufi shrines were destroyed. (…)

“In the months leading up to the [2012 Benghazi] attack, flags belonging to a jihadist group, Ansar al Sharia, appeared in Benghazi. Ansar al Sharia members also controlled security around certain government buildings, including the hospital that would try to save Stevens.

“In that ensuing power vacuum, jihadists began claiming territory, making it difficult for the moderate government to control the country. By 2013, Libya’s oil production all but stopped as the nation plunged toward civil war and a state led by two rival governments on opposite ends of the country. Efforts to create a unity government have so far faltered. Benghazi, the birthplace of the 2011 uprising, became a terrorist haven. And today, many Libyans yearn for the return of Gaddafi, however dictatorial his regime was, because of the security that came with him.”

Conservative politicos have long strained to use Benghazi to torpedo Hillary’s bid for the presidency. But their efforts are crippled by their own fundamental agreement with Hillary’s militarism. They support the general policy of employing jihadis to overthrow secular dictators (not only in Libya, but Syria too). So they limit themselves to whining about Hillary’s security measures.

The true Benghazi scandal indicts not just Hillary, but the entire Western power elite, whose wars have, as Gaddafi warned, flooded the world with a Jihadi Deluge and installed a postdiluvian Reign of Terror over us all.

This piece was originally published on Antimedia.org and was reproduced with permission of the author.