Genesis of the Class System

Land rent is one of several sources of unearned wealth that bestow privileges on a minority of citizens while biasing the economy against the interests of the majority.

In classical economics, each of the three factors of production – land, labour and capital – earns a share of the wealth generated through enterprise: land earns rent, labour earns wages, and capital earns profit.

There are various determinants of how much each factor earns, but what distinguishes rent from the other two, is that rent just happens. Wages are earned by people who give their labour effort; profits are earned by entrepreneurs who make judicious use of their capital, but rent fall into the laps of landowners without their having to do anything to earn it, besides having their name on the title deed.

Entrenched Privilege vs. the Jobless Underclass

Land ownership bestows considerable economic power. In Britain today, 70 per cent of the land is owned by just 1 per cent of the population. Most land is owned by a few wealthy individuals and a handful of large corporations. The major beneficiaries of landownership are people who are already rich. The steady rise in the value of their land has nothing to do with effort, ability or merit. Simply put, wealth begets wealth. As well as holding an asset that automatically increases in value, they can charge for the use of their land, and they are able to leverage the means to additional wealth through borrowing, using their land as collateral.

David Ricardo first described how the rightful earnings of labour and capital are appropriated by landowners in his famous law of rent. Much of the wealth that should be paid out in wages to people who work, or as profits to the entrepreneurs who employ them, currently ends up on the balance sheets of landowners who get richer at the expense of the rest of us, especially the poorest, who own no land. 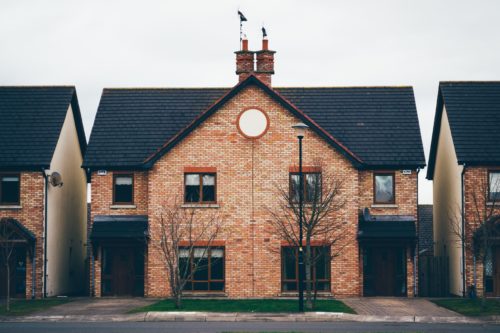 As more wealth becomes locked into land values, less is available for investment and consumption; both key drivers of economic growth. And when land ownership is concentrated in the hands of so few people, the majority are denied viable economic opportunities because they have no land to farm, or can’t afford premises from which to run a business.

This state of affairs may have existed since humans first conceived of private property in land, ten thousand years ago, but historical precedent doesn’t absolve present injustice. We succeeded in abolishing slavery, women won the right to vote, apartheid was overthrown; so why hasn’t our growing moral awareness led to a reassessment of the entitlements of land ownership?

Justice demands a more equal distribution of land and the benefits of land ownership. Obliging landowners to pay at least a portion of their unearned wealth over to the state via a tax on land values would make a real difference: It would curtail the enjoyment of unearned wealth by the landowning minority; it would provide an alternative stream of public revenue to fund investment in public infrastructure; it would enable a reduction in other, disincentivising, taxes; it would bring about a more equitable distribution of both land and economic opportunities; and it would help create an economy in which everyone receives a fair reward for their work.