The leaders who had it worse than Trump Donald Trump is upset. Very upset. Addressing a US Coast Guard graduation class in Connecticut last Wednesday, he moaned, “No politician in history, and I say this with great surety, has been treated worse or more unfairly.” A legitimate complaint, or a blatant rewriting of history? Let’s test this assertion.

British historian Dan Snow was quick to pour scorn on his claim. Posting on Twitter, he said, “Well, the Emperor Valerian was captured in battle, enslaved, used as a f00t-stool, forced to drink molten gold and then skinned and stuffed.” This would take some beating, but it does give Trump an out. Even though monarchs and emperors in days gone by were far more than the ceremonial figureheads they are today, he could argue they’re outside the scope of his argument. It would certainly save him from having to explain how he’s been more shabbily treated than, say, Charles I of England, who was beheaded in 1649 , Louis XVI of France who lost his head on the guillotine in 1793, or the entire Russian royal family, shot by the Bolsheviks in 1918.

Well how about Mahatma Gandhi, who was arrested four times in South Africa and India, spending a total of seven years in prison for opposing British rule in India? Or Nelson Mandela, who served almost 26 years in jail, including 18 years in the notorious Robben Island maximum security prison, before being awarded a joint Nobel Peace Prize and serving as President of South Africa? [6] Again, Trump has an out. He could argue they were activists, not politicians, with Mandela’s poor treatment predating his standing for election. This is another tenuous distinction. Isn’t every politician an activist, and isn’t an activist seeking political reform effectively a politician? But again, we’ll let this go.

So how about elected politicians? Are there none who have been ‘treated worse or more unfairly’ than the 45th President of the United States? Dutch Prime Minister Johan de Witt might well contest Trump’s statement. In 1672, he and his brother were torn to pieces and eaten by an angry mob.

Closer to home, four US presidents have been assassinated, something they might well contend is worse and more unfair than the unkind articles in the press Trump has suffered. In 1865 Abraham Lincoln became the first President to be assassinated, when he was shot at Ford’s Theatre by southern sympathiser John Wilkes Booth. And in 1963, John F Kennedy was famously gunned down in Dallas, Texas, by  Lee Harvey Oswald. But there are two more, who are less well known.

In 1881, James A Garfield, 20th President of the United States, was shot and incapacitated after only four months in office, the second-shortest tenure in presidential history. He died of slow blood poisoning two and a half months later.  The 25th President, William McKinley, fared little better. In 1901, not long after his election for a second term, he too was gunned down. He hung on to life for a week before succumbing to his wounds.

Of course, assassination is not limited to American politicians. In 1812, Spencer Perceval became the only British Prime Minister to be assassinated, when he was shot dead in the lobby of the House of Commons. And who could forget British MP Jo Cox, who last year was brutally shot and stabbed to death by a right-wing extremist while campaigning in her Yorkshire constituency?

Several Australian politicians have suffered a similar fate, most recently Ivens Buffett, Lands Minister and Deputy Chief Minister of Norfolk Island, who was murdered by his mentally ill son in 2004. [15] It could be argued politics wasn’t the motivation behind the killing here, but it certainly was when Phuong Ngo shot and killed his political opponent John Newman in 1994.

Of course, not every politician treated worse than Trump was assassinated. Budd Dwyer, a Republican member of the Pennsylvania State Senate for ten years, was due to be sentenced on charges related to bribery. But vehemently protested his innocence. In 1987 he held a press conference and shot himself live on television.

And Donald Trump’s most recent predecessor Barack Obama certainly suffered unfair treatment at the hands of the media. Throughout his presidency, questions were raised about his place of birth, arguing he was not born in Hawaii as he claimed, but in Kenya, and that this made him ineligible to serve as President of the United States. It was all nonsense, of course. There was no credible evidence he was born anywhere other than Hawaii, and as his mother was unquestionably born in Kansas, he is (according to US law) a ‘natural born citizen’ and entirely eligible for the highest office in the land. But the rumours gained so much ground in 2011, Obama felt obliged to publicly release his birth certificate.

One so-called birther conspiracist was a well known American businessman who had access to the media, and wasted no opportunity to smear his president. “He’s spent millions of dollars trying to get away from this issue. Millions of dollars in legal fees trying to get away from this issue. And I’ll tell you what, I brought it up, just routinely, and all of a sudden a lot facts are emerging and I’m starting to wonder myself whether or not he was born in this country,” he told Fox News. On NBC’s Today show, he argued, “I have people that have been studying [Obama’s birth certificate] and they cannot believe what they’re finding … I would like to have him show his birth certificate, and can I be honest with you, I hope he can. Because if he can’t, if he can’t, if he wasn’t born in this country, which is a real possibility … then he has pulled one of the great cons in the history of politics.”

Even after Obama released his birth certificate, his dogged tormentor didn’t let up. “A lot of people do not think it was an authentic certificate. … His mother was not in the hospital. There are many other things that came out. And frankly if you would report it accurately I think you’d probably get better ratings than you’re getting,”, he told CNN. His media interviews were bolstered by numerous Tweets questioning Obama’s place of birth too.

And the name of Obama’s tormenter, who clearly subjected him to worse and more unfair treatment the current occupant of The White House has ever suffered? Donald Trump. 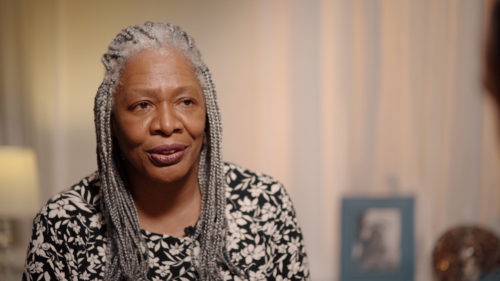