In the nepotistic UK, it is not what you know, it’s who you know and where you’ve been to university.

The aura that surrounds Oxbridge shines brightly. But scratch the surface and you find a different story driven by snobbery and backbiting.

Three months ago, Lisa McKenzie discouraged people from entering what the author describes as a “toxic, anti-working class [higher education] environment.” McKenzie argues that compared to two decades ago when she was at university, teachers have had much less space to teach critical thinking to students.

Squeezing all the good out

McKenzie says it is not necessarily the case that critical thinking is being purposefully discouraged. Rather, in the Weberian sense, it is more likely that the system itself has, by bureaucratic design, been structured to squeeze all the good out.

It would appear, therefore, that the system functions as a self-perpetuating machine whose key role is to serve the interests of capital and, ostensibly, dominant established power:

“The system works only for itself. The beginning and the end doesn’t really matter anymore. It’s about the system”, says McKenzie.

The money imperative puts working class students at a distinct disadvantage. The pressure for them to succeed is immense so they are less likely to take academic risks. This has meant that students are clambering for a crowded middle space within an education system that is predicated on notions of success and failure stereotypes.

Culture also plays a part in contributing to this prejudicial toxic mix. Working class students are more likely to be pressured by the system to attend local universities. Privately-educated schools, on the other hand, encourage their students to apply for money-intensive, highly valued, big business Oxbridge places.

The convergence towards the middle, combined with the destructive influence of money, has culminated in a university system that is not allowing students with diverse ideas, from a variety of backgrounds, to come through.

The focus of the big corporations to employ Oxbridge graduates on the basis their ‘creativity’ will add value, is thus a counter-intuitive concept. As McKenzie says: “Universities are not only doing business a disservice, they are doing the whole of society a disservice. The provocateur is not there.” 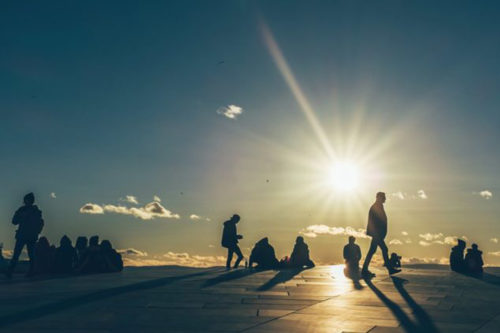 While studying at Oxford University, fiction author Paula Byrne was at the extreme end of how the lack of diversity within higher education plays out. The bullying and intimidation Byrne endured is indicative of the virulent toxic nature of the British class system.

The writer provides some background to her story:

“I was living in an Oxford college with three small children in this very ancient hierarchical environment. There was a lot of back biting and hypocrisy. I don’t think my face fitted. My northern accent certainly didn’t fit.”

Byrne highlights that on one occasion some delegates complained to the provost, who happened to be her husband, that she was wearing a Liverpool University PhD gown.

“It’s sort of indicative of this kind of bullying, hierarchical culture that somehow a Liverpool PhD is not as good as an Oxford PhD. I really felt like I’d fallen down the rabbit hole”, says Byrne.

The toxic environment the author describes has parallels with the masculine culture of the House of Commons which itself is comprised of a political establishment largely drawn from Oxford:

“The culture harkens back to the 13th century when Oxford was all men. And this didn’t change until the 1930s. There is an obsession with status and power, which I find boring”, says Byrne.

What the author depicts is an institutional environment of venality, insularity and misogyny where empathy and civility are considered to be human traits. “There’s so much prejudice. There’s class prejudice as well as the misogyny and I felt on the receiving end of that”, says the author.

Byrne insinuates that the last bastion of discrimination – accents – is embodied in class-ridden Oxford:

“People mocked and would exaggerate my accent. You’re not judged on your eloquence or how articulate you are, or whether you’ve got anything interesting to say or how witty you are. You’re judged as you open your mouth and people will form a set of opinions and prejudices against you. And I think I came up across that in Oxford”, says Byrne.

The author encourages people in a similar position to talk and reach out to others. Byrne emphasizes the importance of people sharing their experiences of this bullying culture as a catharsis in order to help lessen the burden they face.