Radovan Karadjic and the Ferhadija Mosque in Banja Luka, Bosnia

For Bosnian Muslims, Karadjic is a monster who brought genocide back into Europe. One of the group Mothers of Srebrenica, Kala Holic, said: ‘That’s not enough. It should have been life.’

For many Bosnian Serbs, Karadjic is a hero championing Serbia in its determination to stop Islam.

These divisions harden with age. They form the backdrop to the inauguration of the Ferhadija Mosque on May 7 in Banja Luka.

In the year 2000 I visited Banja Luka to discover how the Soul of Europe, a young untried organization, could be useful. I had many conversations with politicians, religious leaders, teachers and internationals.

Mufti Edhem Camdzic of Banja Luka told me: ‘I am the only mufti without a mosque.’ One thousand mosques had been damaged or destroyed during the Bosnia War. The purpose of this destruction was the extermination of Bosnian Muslims and their culture.

The Ferhadija Mosque had been deliberately targeted and on the 6th and 7th May in 1993 was totally destroyed.  Later the remaining fifteen mosques in Banja Luka were destroyed. Banja Luka was not a war zone, but around thirty thousand Muslims were deported.

We promised the mufti: ‘We will help you rebuild the Ferhadija.’  He was sceptical. So many had listened to the mufti, shaken their heads in sympathy, and were never heard from again.

So we imagined the project in the context of an ambitious scenario: nothing less than the renewal of Banja Luka as a city of ‘prosperity, justice and peace.’

The Muslim community or what was left of it had given up hope. There were rumours that the site of the destroyed mosque was going to be turned into a car park. So we began to plan. Last year we met with the new mufti of Banja Luka, Dr Ozman Kozlic, who afterwards wrote in his newsletter: ‘Let me remind you that the Revd Donald Reeves has contributed significantly to the rebuilding of the Ferhadija Mosque.’  Dr Mustafa Ceric, the former Grand Mufti of Bosnia, announced publicly: ‘Without the Soul of Europe there would be no Ferhadija,’

The Ferhadija Mosque, built in 1578, was protected by UNESCO.  Cultural Heritage without Borders describes the mosque as ‘one of the most important Islamic monuments in the region, and in Europe…. many of its technical and spatial features are related to traditions belonging as much to the architecture of churches as to mosques.’

On May 7 2001 an attempt to lay the foundation stone for the new mosque failed, disrupted by organized riots. Coaches were set alight. Thirty Muslims were injured and one elderly Bosniak died.

Now twenty three years after its destruction the new mosque, an exact replica of the original, will be inaugurated. Once we had decided to honour our promise to rebuild the Ferhadija we discovered how many Bosnian Serbs had been appalled at the destruction of the mosque. It had been part of the city’s landscape. Alexander Rovic, a Bosnian Serb, wrote: ‘We were not able to believe that the authorities would find the courage to commit such a crime; when the curfew was over we gathered round the destroyed place of worship.’

Now Dr Kozlic has invited the Soul of Europe to help establish a centre for dialogue leading to practical steps towards reconciliation. This will be difficult in the light of an unstable political situation and a barely functioning economy.

The Ferhadija Mosque could be a positive sign to the people of Bosnia and beyond that it is possible for former enemies to regard one another as neighbours and live together.

So the Soul of Europe has accepted the mufti’s invitation.

We look forward to the inauguration as the start of a new chapter in the life of Banja Luka.

Director of the Soul of Europe  www.soulofeurope.org 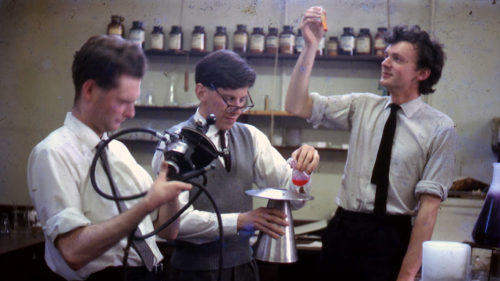