This article is not ‘journalism’, or pretence at ‘journalism’. The author does not work for the BBC, the Guardian or any other MSM platform that once provided the former, but increasingly delivers the latter.

It was not written by an ‘expert’, real or imagined, and the author has no connection with the Council on Foreign Regime-Change or any other ‘stink-tank’.  The author is a retired British citizen with neither the resources nor the inclination to lie to you. What follows is ‘opinion’.

“In the coming months, we can expect to witness an increasing number of speeches and articles demonising Iran, along with a growing number of ‘serious incidents’, that will be used to justify reneging on the nuclear deal. The phoney war on Iran has entered a new phase. The Likud party led by Netanyahu, the Trump administration, supported by the Wahhabi backed princeling in Riyadh…have absolutely no interest in collaborative solutions in the Middle East. Their goal is regime change”

The Psychopath, the Puppet and the Princeling (Read here)

I wrote that six months ago in September 2017. Since then a number of events have played out along the lines expected:

“The protests rocking an unprecedented expanse of Iran do not, and probably will not, immediately threaten the regime’s survival despite the hopes and dreams of many here in Washington”

“Israel and the United States have secretly signed a far-reaching joint memorandum of understanding providing for full cooperation to deal with Iran’s nuclear drive, its missile programs and its other threatening activities…Citing both American and Israeli officials, the report said the document is designed to translate into “steps on the ground” the positions set out by US President Donald Trump in his October 13 speech on Iran, in which he decertified the Iran nuclear deal”.

None of this is surprising. Taken in isolation it may seem to be a slow process, but when set within the context of the geo-political landscape, things are moving quickly, especially given Washington’s defeat in Syria – which was supposed to ready for partition by now. The latest regime change operation has failed, due in no small part to the resilience of the Syrian government and its people, the overwhelming majority of whom do not want to live in a fundamental Islamic society, any more than they want to exist in order to serve the strategic interests of US, Israel & Saudi Arabia. However, even with such strong resistance, Syria would undoubtedly have fallen without the support of its three allies, Iran, Hezbollah and most importantly Russia. The survival of Syria as a sovereign independent state is vital to them all. 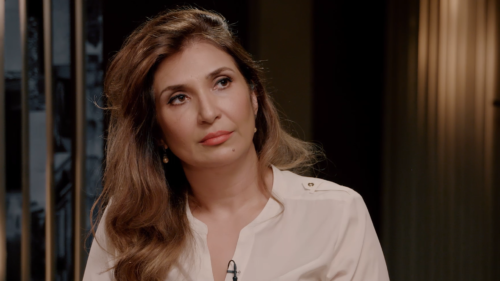 What’s the real plan with Iran?

I am writing this update now because a major piece of the jigsaw has just been put in place, and as a result of that, I suspect that events will accelerate and become more visible to the general public.

On 22nd March 2018, President Trump announced that his new National Security Advisor will be John Bolton, former Ambassador to the UN under George W. Bush, ex-Fox News Analyst, leading advocate of the wars in Iraq and Libya; a man who has consistently called for regime change in North Korea and Iran.

To call Bolton a ‘hawk’ would be underestimating his lofty perch in Washington’s raptor house. The only war that he didn’t like was the one that required his own skin in the game: Bolton joined the National Guard to avoid the Vietnam draft. When asked why, this was his comment, as recorded in his 25th Yale Reunion Book: “I confess I had no desire to die in a Southeast Asian rice paddy”

Since then, in common with other reluctant soldiers such as Bush Junior and Dick Cheney, Bolton has been very keen on sending other young people to kill and die overseas, albeit mainly to deserts rather than rice paddies. The following comment summarises his position on North Korea just over a month ago. On 28th February 2018, in the Wall Street Journal, Bolton wrote:

“The threat is imminent, and the case against pre-emption rests on the misinterpretation of a standard that derives from pre-nuclear, pre-ballistic-missile times…Given the gaps in US intelligence about North Korea, we should not wait until the very last minute. That would risk striking after the North has deliverable nuclear weapons, a much more dangerous situation. It is perfectly legitimate for the United States to respond to the current ‘necessity’ posed by North Korea’s nuclear weapons by striking first”

However, let’s set aside his position on North Korea, and pose the question: what does his appointment tell us about the Trump administration’s plans for Iran?

Firstly, here’s a typical example of Bolton’s utterances on Iran, from the ‘Free Iran Gathering’ in Paris, 1st July 2017:

“So, for the first time in at least 8 years that I have been coming to this event, I can say that we have a President of the United States who is completely and totally opposed to the regime in Tehran…he completely opposes the Iran nuclear deal signed by his predecessor…there is a viable opposition to the rule of the Ayatollahs, and that opposition is centred in this room today…”

But the most disturbing part of his speech was kept for the crescendo:

“I have said for over ten years since coming to these events, that the declared policy of the United States of America should be the overthrow of the Mullah’s regime in Tehran. The behaviour and the objectives of the regime are not going to change and therefore the only solution is to change the regime itself. And that’s why before 2019, we here will celebrate in Tehran, thank you very much”

Of course, the comments that Bolton has made since his appointment have ‘softened’ to include statements like ‘I’m here to serve the wishes of the President…anything I said before was my personal view as an independent analyst…blah blah blah’. Even if you believe this, it still begs the question: why would a President intent on peace in the Middle-East appoint a guy who can’t wait to park his Cadillac on Khamenei’s lawn? He wouldn’t. The goal is regime change.

Bolton has a long history of direct contact with an Iranian terror group known as Mujahideen-e Khalq, usually referred to by its acronym, MEK. Here is Jason Rezaian writing in the Washington Post on 24th March 2018:

“Bolton’s hawkish views on Iran mirror those of Israel, Saudi Arabia and one of his key ideological partners, the Mujahideen-e Khalq (MEK)…The MEK is the type of fringe group that sets up camp across the street from 1600 Pennsylvania Avenue and hands out fliers filled with unsubstantiated claims…I would never suggest that they be prohibited from doing that. But giving the MEK a voice in the White House is a terrible idea.In John Bolton they have someone who will do it for them…

The MEK was on the State Department’s list of terrorist organisations until 2012, when Bolton and a number of others successfully lobbied to have its designation removed. The group is loathed by the majority of Iranians, irrespective of their political affiliation, because of its role in fighting alongside Saddam’s forces in the Iran-Iraq war. According to Rezaian’s source at the State Department, the group hires prominent US officials to spread its regime change message:

“Very few former U.S. government officials shilled pro bono for the MEK,” said a former State Department official who worked on Iran. Among the long bipartisan list of people who have taken money from the group in exchange for speaking at its events are former New York mayor Rudy Giuliani and former Democratic National Committee chairman Howard Dean. Bolton, the former official told me, was also paid”

So…we have Bolton arguing for regime change, taking money from an organisation advocating regime change…a group that was designated a terrorist group until Bolton managed to have it removed from the list.

What could these lovebirds possibly want with each other? Rezaian:

“To those who claim that the nuclear deal isn’t working, regime change remains the only solution. For the MEK, and Bolton, if his words are to be taken at face value, the only path to that could be war. The group has long been prepared to do whatever it takes to see that happen, including presenting fake intelligence about Iran’s nuclear program”

The fake intelligence referred to includes a 2015 ‘incident’ in which the political front for the MEK, the National Council of Resistance of Iran (NCRI), ‘revealed’ the existence of a phoney underground centrifuge facility in the suburbs of Tehran: http://foreignpolicy.com/2015/03/03/that-secret-iranian-nuclear-facility-you-just-found-not-so-much/

So…now we have Bolton arguing for regime change, working with a re-designated terrorist group that is intent on war & happy to use false flags. Sounds like a perfect fit for Washington doesn’t it?

If you want more on the history of the MEK and its involvement with US military and intelligence, I suggest you read Seymour Hersh’s 2012 article in the New Yorker “Our men in Iran”

If Washington follows the playbook they have used in Libya and Syria, a ‘popular uprising’ will be fomented using the MEK or a re-branded version – as in Syria where al-Qaeda morphed into al-Nusra. Many of the protestors will have genuine grievances of course, but the violence that will be used to escalate the protests into a ‘revolution’ will be the work of US sponsored terrorist groups.

This will be presented by western media as a spontaneous democratic uprising, and will be reinforced by the twin strategies of demonization and virtue signalling. The neoconservative ‘right’ will go along with it because they always do; the liberal interventionist ‘left’ will go along with it because it will be presented as a ‘democratic revolt’. But let’s be clear: Nothing touched by the hands of the CIA & their proxies is remotely ‘democratic’ – it’s always about resources, money, and power. Uncle Sam is not the sweet, freedom-loving old guy he’d like us all to think. And neither is his handmaiden, Britannia.

If this were not so dangerous it would be truly funny. There is no effective opposition left in the US – ‘Russiagate’ has seen to that. The ‘left’ in America, for all its rhetoric about ‘progressive values’…is easier to play than a tambourine.

I started this piece by taking a shot at the media. I make no apology for that. We are being taken to war by sociopaths, and the mainstream media are their collaborators.

I leave you with a quote, and a short film of Harold Pinter speaking on ‘the nature of truth’, from his Nobel acceptance speech in 2005. When you read it and/or view the film, bear in mind that none of this would be possible without collaboration from the media:

The truth is how the United States understands its role in the world, and how it chooses to embody it. I believe that despite the enormous odds which exist; unflinching, unswerving, fierce intellectual determination as citizens, to define the real truth of our lives and our societies, is a crucial obligation which devolves upon us all. If such a determination is not embodied in our political vision, we have no hope of restoring what is so nearly lost to us – the dignity of man”