For a government that claims to worship at the altar of agility, efficiency and the entrepreneurial spirit, Australia’s Prime Minister, Malcolm Turnbull, is letting a potential thriving workforce wither on the vine in detention. Why are we wasting so much human talent by not working with these resourceful, resilient victims whilst they await their fate? The ‘innovation nation’, the country of the fair go, has decided it could not possibly entertain a system of incarceration whose cruelty wasn’t entirely by design.

Over the weekend, 620 refugees were forcibly removed from the now decommissioned prison on Manus Island, following a ruling in October that their incarceration was unconstitutional. Under instruction from Australia’s Immigration Minister Peter Dutton, prisoners were beaten with steel bars by Papua New Guinea’s paramilitary guards, starved of food, water, and electricity. They are forbidden access to doctors, nurses, social workers, urgently needed medication, and legal representation. Water supplies were deliberately destroyed. Makeshift wells were poisoned.

The Australian government claims the prisoners were relocated to new facilities in nearby town, Lorengau, however those at the site say the facilities are both still under construction and at excess capacity. Prisoners forced onto buses were turned away at the gates, left sitting out in the heat for hours with no word on when they would be allowed to enter their new makeshift prisons. More than 60 people were left homeless and told to find alternative accommodation (with no money and not even a toothbrush to their name). Many are left sitting inside the new camp facilities but with no provisions and nowhere to go.

Last week the UNHCR declared the situation on Manus Island a humanitarian crisis that was entirely preventable and a “damning indictment of a policy meant to avoid Australia’s international obligations”.

Immigration took water from well to test it. If really worried about our health u wouldn't have put rubbish in well. If really honest would respect peaceful protest & not deny water, power & food. You can't force us to live in another prison camp. Freedom is our right, let us go

It’s not as though there aren’t other tried and tested alternative models for those seeking asylum. Amsterdam found itself with room going spare in its Bijlmerbajes prison, a result of the Netherland’s plummeting crime-rates, and converted the empty jail into a refugee centre and creative-arts hub, now known as ‘Lola Lik‘.

With space for start-ups, small-businesses, art studios and offices, the city of Amsterdam along with the LOLA foundation and 40 professional partners guaranteed the 1,000 refugees from Syria, Eritrea, Iraq, and Afghanistan employment while they seek asylum under the “Amsterdam Works for Everyone” agreement.

Lola Lik’s communication’s manager, Cathelijn de Reede, told Fast Company “The Amsterdam Approach” reflects the city’s commitment to cultural inclusion for the 47,500 refugees that have arrived in the Netherlands since 2014, seeking asylum from civil war, religious and political persecution.

The centre works closely together with the Central Agency for the Reception of Asylum Seekers in the Netherlands to run educational and entertainment programmes and develops creative ways to welcome and support ‘New Amsterdammers’ living in the centre.

The hub boasts social media, film and audio engineering agencies, a law-firm, cafes, museums, outdoor cinemas, freelance co-ops, start-up kitchens, temporary hotel projects for newcomers, creative writing and storytelling organisations, career and language coaching, urban farming initiatives, a community radio station – even boxing schools – all designed to put refugees at the centre of the Netherlands community and find new and interesting ways for them to participate in the economy. The Refugee Company, one of the many initiatives offered at Lola Lik, works with refugees to gain employment experience, build strong professional networks and develop their portfolios with the goal of attaining paid work.

It’s not as though refugees would be the only beneficiaries of an entrepreneurial asylum system. More than 5.7% of Australians are unemployed, and more than 8.5% are underemployed. PNG has an unemployment rate of of 2.59% and an underemployment rate of 2.50%. There are significant economic gains to be made by galvanising the Australian and PNG communities to work with refugees on and offshore to provide them with a livelihood that encourages self-sufficiency while their claims are processed.

But Australia, the ‘innovation nation’, the country of the fair go, could not possibly entertain a system of incarceration whose cruelty wasn’t entirely by design.

So anchored are they to the lie that they ‘stopped the boats’, they will let more than 620 refugees fleeing civil war and religious persecution die from starvation, malnutrition, heart-problems and disease than find them a permanent home, lest they appear soft on national security.

(FYI, they haven’t stopped the boats. The government has simply stopped reporting on their arrival. I have been told by members of the defence force who work on refugee ‘intercept vessels’ of mothers whose children had died in their arms, being sent back out to sea to drift aimlessly towards… anywhere but here. The boats haven’t stopped).

If it’s not barbarically cruel, it’s not working

New Zealand’s Labour government has already volunteered to resettle the prisoners on both Manus and Nauru but their offers have been met with vitriol, scorn and diplomatic threats. Taking responsibility for a mess of its own making is a response too compassionate for this government. It needs to be barbaric. That’s the point of deterrence. If the barbarism isn’t obviously, outrageously cruel, then the system has failed.

This is Australia’s final solution: ‘Deterrence’. Robbed of even the right to their own name, the refugees languishing in detention on Manus Island were literally issued numbers that would become their formal identity and how they are referred to by the prison guards (who incidentally have a long and “well-documented history of rapes, sexual assaults, physical abuse, murders and other serious human rights abuses”, according to a report from The Age).

I told them the men @ASRC1 is sending them money directly tonight to buy what they need tomorrow.

The government of free speech and religious freedom has literally criminalised reporting of the abuse that is occurring on Manus and Nauru. Camp nurses, social workers and doctors are threatened with two years in jail for speaking out. Journalists and whistleblowers face 10 years in jail for reporting on what is occurring inside the camps. Because apparently freedom of speech means something entirely different outside of the nation’s capital.

Doctors, nurses, social workers and medicines are now banned from even entering the camps, depriving more than 150 prisoners of urgently needed medication.

The Australian Liberal National government has hidden its systematic imprisonment and abuse of defenceless refugees who had no choice but to flee and live, or stay and die, under the blanket of national security.

The camps are fast running out of food. Prisoners are down to one meal a day. They are forced to dig for water. The wells are often contaminated, causing burning rashes, skin diseases, stomach illnesses, vomiting and diarrhoea. Remaining water supplies are being destroyed by PNG prison guards and immigration agents are reportedly contaminated the already infested wells with human waste and other garbage.

Iranian journalist, Behrouz Boochani is literally risking his life trying to get word-out about what is happening inside the camps, making himself “a marked man” as the Guardian’s Richard Flanagan recently referred to him. He was arrested last week by PNG guards and beaten for reporting on the civil rights atrocities occurring on the island.

I’ve just been released. They hancuffed me for more than two hours in a place behind the prison camp. The police commander yelled at me ‘you are reporting against us.’ They pushed me several times and broke my belongings. Will write more about it later.

If anything happens to to Boochani, or anyone else reporting from the camps in the coming days, it will be Prime Minister Malcolm Turnbull and Immigration Minister Peter Dutton – you feckless thugs – who issued the final order.

No medics, no medicine, no hope

In video testimony released by the Asylum Seeker Resource Centre (see below), Sudanese refugee, Aziz, reported that more than 150 men on the island need regular medication.

“We have 150 men on regular medication and they need to get it on time,” he said. “They can’t even miss one day.”

“We are pleading for the authorities to allow one nurse or doctor to come in and check up on then, they need to get checked out by a nurse,” he said.  “Most of are nearly run out of medication, some have run out entirely. Men with diabetes, health problems and epilepsy, we have too many people with those kinds of health problems in here, but we don’t have access to help them at the moment.”

At least one prisoner has overdosed on medication.

Men are drinking up to 30 cups of coffee a day in an attempt to replace the anti-depressant medications they no longer have access to. Coming off anti-depressants cold turkey can cause severe withdrawal and can result in suicidal ideations and even psychotic breaks.

Prisoners are scared they will die on the island.

“How much more of our lives must we spend in these prisons,” one incarceree exclaimed.

This is what it means to be strong on defence. These people have committed no crimes. They haven’t been charged with anything, nor have they been tried. But there they sit, waiting to die, all for Dutton and Turnbull’s political vanity.

10.38pm on a Sunday night and I'm working on how to make sure 8 sick men on #Manus can get to the hospital tomorrow to see @MSF and getting psychologists for 3 more traumatised men tomorrow morning, over the phone. It's obscene that doctors are not allowed into the 3 new centres.

This is Australia’s national shame.

The expiration date for the Manus and Nauru camps have run out, and with no plan and nowhere for these prisoners to go, the country instrumental in the civil wars that caused them to flee in the first place has decided to let them die slowly.

Australia, Britain and the US are well behind the curve, by about 50 to 70 years. Why are we wasting so much human talent by not working with these resourceful, resilient victims whilst they await their fate?

The Australian government has the most incredible resource at their disposal – generations of people fleeing unconscionable cruelty who want only to live in a community that offers safety and a means to support themselves – and the government is deliberately letting them wither on the vine.

Forget the morality of the decisions being made at Parliament House, this Liberal National Government is ignoring a potentially valuable workforce. So much for strong on the economy.

Spare the rod, spoil the child. The male Australian baby-boomer leadership style is a relic of a Victorian childhood. It is a national – and international – disgrace. Sadly, conditions will only improve one funeral at a time.

This is Australia’s final solution: #Letthemdie. Peter Dutton and Malcolm Turnbull are the architects of this design. This is their legacy and their shame. And it will be they who have to answer to their maker when asked “what did you do when called upon to serve?”  They have convinced themselves that they cannot win elections without abject cruelty. It is up to the rest of us to prove them wrong.

It is the obligation of every Australian and every person who claims to value democracy to ensure these defenceless victims of ‘foreign diplomacy’ have a future. The world is watching you, Malcolm Turnbull. We will not let you get away with this. History doesn’t forget. And neither do we. 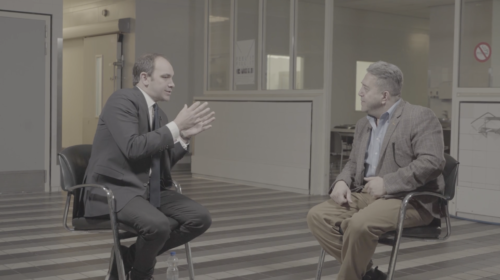