An Epidemic of Economic Ignorance

The last two issues of Economic Perspectives drew on observations made while I was on a month’s visit to South Africa, during which time the Finance Minister, Pravin Gordhan, presented his annual Budget to Parliament in Cape Town. He was robustly resistant to calls from a variety of special interest groups for more welfare spending than his budget could extend to, and I could see that his unwavering steadfastness amid all that clamour was putting his personal position at risk.

Well, now it has happened. Both Mr Gordhan and his deputy have been unceremoniously shown the door by President Jacob Zuma, to be replaced by a pair of inexperienced “yes” men.

Gordhan met his predictable nemesis because of his principled resolve to tailor government expenditure to its income from taxation. (I was about to add “and from borrowings”, but with the SA rand’s inflation rate of nearly 400 per cent over the past 15 years its credit rating is hardly likely to inspire trust in payment of interest, let alone principal!)

Paving the way to an underground economy

But balancing the budget was obviously not a priority for President Zuma, whose special talents, apart from serial marrying and fathering, include a slippery ability to defeat the financial and electoral corruption charges that follow him persistently.

Clearly, Gordhan’s populist opponents are not bothered by the fact that meeting their welfare demands would have required penal employment taxes, for example, which would in turn have created either a festering menace of widespread unemployment, or a thriving “underground” economy – or, more likely, both.

The spectre of an untaxed hidden economy, the nightmare of tax collectors everywhere, is what now drives treasuries to seek subtle ways of emulating Narendra Modi’s peremptory withdrawal of India’s high denomination banknotes. Whatever rationale his lackeys provide, his unspoken thesis is that if you abolish cash, you abolish the cash economy. Which, of course, is nonsense because it takes no account of human nature. It is certainly no way to enhance tax revenues!

It may take another crisis, or three, to teach governments that unprincipled measures always have unintended (but utterly principled!) outcomes which, if left to markets can be positive – such as monetary breakdown followed by a return to the use of an unprintable and incorruptible commodity to support a new medium of exchange.

It may take another crisis, or three, to teach governments that unprincipled measures always have unintended (but utterly principled!) outcomes which, if left to markets can be positive.

Impossibility of balancing the books in a welfare state

Government meddling, beyond both remit and power, is a perennial curse. For example, fixing a minimum wage is a folly currently in vogue in many places. Politicians, who don’t have to pay it, fondly believe that they are serving a social need, but cannot see that their harebrained interference is just another recipe for boosting unemployment, and hence adding to the welfare burden.

In any welfare state, rising unemployment represents a significant additional drain of resources because government measures, in the guise of caring, generate costs beyond available budgetary capacity. The diminishing tax base of wages, salaries and bonuses, if subjected to higher and higher employment taxes, is eroded to the point when even the Treasury recognises that all the dreamy, virtue-signalling commitments, made in the ideological phase of electioneering fervour, are unsupportable – and insolvency looms.

At this point the felony is invariably compounded by that last refuge of a scoundrel – printing money that stands for nothing more than the pious prayer that this time, somehow, the chickens will not come home to roost.

It is astonishing that even the most crippled economies will find a way to demonstrate a façade of financial well-being in, for example, maintaining visibly ostentatious infrastructure projects or their national flagship carriers. In Economic Perspectives 4, I highlighted that uniquely French white elephant, SNCF, its national rail system, as well as its TGV bullet train, its untouchable status and the unaffordable conditions enjoyed by its over-pampered workforce.

Comparable status is enjoyed by South African Airways, which remains cocooned in a bubble of pretence: limitless resources are lavished in a style that only the most profligate money printing can match.

So, although Pravin Gordhan understood, and tried to apply, the most basic disciplines of sound finance in South Africa, he and his skills were sacrificed on the altar of socialist populism. Tragically for the country, Zuma appears to have a different role model: Hugo Chavez of Venezuela. Twenty years ago that country was one of the wealthiest in the world. Now it is one of the poorest, thanks to Chavez’s blindly destructive policies of “social justice” under which farms were seized and whole industries forcibly nationalised, causing a massive collapse in productivity.

Still worse is the fact that Chavez’s successor, Nicolas Maduro, is patently an economic ignoramus of the deepest dye, whose main achievement has been to land the country with a record annual inflation rate of close to 2,000 per cent.

He is hell-bent on inflicting a violent industrial retrenchment that will thrust the country back into the darkest of dark ages: market distortions, rampant corruption, phoney price controls, food shortages, kidnappings, and one of the highest murder rates in the world.

Venezuela provides a foretaste of what could happen in South Africa – where (as in Kenya and Zimbabwe) the violent process of “land reclamation without compensation” has taken root, courtesy of government proclamation. Its rationalisation (as if it needs one) is the need to reverse the European colonisation of Southern Africa that began with Jan van Riebeeck’s arrival at the Cape with his group of settlers – a mere 365 years ago!

Now we can see that the recent falls in key commodity markets have triggered waves of the most awful repression in a host of countries whose leaders never contemplated the possibility that world prices of many natural resources – oil, copper, natural gas, minerals generally, as well as cotton, soybean oil and coffee, could fall as well as rise, with disastrous consequences for their economies; nor, indeed, that interest rates charged on the sovereign debts of countries with downgraded credit ratings are bound to rise.

Venezuela provides a foretaste of what could happen in South Africa – where (as in Kenya and Zimbabwe) the violent process of “land reclamation without compensation” has taken root, courtesy of government proclamation.

Mozambique, once one of the world’s fastest growing economies, has recently defaulted on an interest payment of $60 million, due on dollar loans from the “unaccountables” – outfits such as World Bank, African Development Bank, the IMF – who lavished largesse with no thought to tomorrow (let alone 2023, the laughable repayment date), creating, in the process, a corrupt and wealthy class of elite favourites – and, inevitably, greater class inequality.

Why don’t these benighted institutions re-classify their “loans” as “aid”? There was, after all, even on day one, no realistic prospect of repayment. Calling those loans aid would at least sound virtuous rather than delusional.

Linking consequences with their causes

One of many features that these examples of economic idiocy share is a profound ignorance of the modes of behaviour that, respectively, preserve and destroy the purchasing power of money. Although this is elementary stuff, its simplicity is confounded by a “disconnect” – a severance in the logic of cause and consequence.

Even apparently intelligent writers and politicians are subject to this cerebral hiatus. They regularly proclaim remedies for problems that their remedies would merely intensify – remedies such as Thomas Picketty’s proposal for penal taxes on wealth; or the benefit of a “universal basic income” (UBI) for everyone, as proposed by the French presidential hopeful, Benoit Hamon, and supported by Emmanuel Macron – a bandwagon that seems to be catching on everywhere.

Living, as we do, under the curse of a deeply embedded “entitlement” culture, UBI’s central tenet is hardly surprising: every individual should receive an unconditional, automatic and non-withdrawable income as a right of citizenship, regardless of gender, wealth, employment status or age. Little did we realise that nirvana was on our doorstep!

Even apparently intelligent writers and politicians are subject to this cerebral hiatus. They regularly proclaim remedies for problems that their remedies would merely intensify.

This mental affliction is evident all the way up the tree, where it includes major banks, even sovereign states. Greece, Cyprus, Italy and Portugal, among others, know only too well that their patent insolvency allows them to make brazen demands on their lenders, who will literally do anything – “whatever it takes” (as Draghi of the ECB likes to put it) – to stave off the demise of the European Union, which a Lehmann-style sovereign bust would guarantee. Earlier this year Greece graciously accepted the latest ECB handout with the warning that its bail-out conditions must not cost its citizens “even one extra eurocent”!

When existential issues are at stake these profligate squanderers are simply “too big to fail”; whereas the personal “universal basic income” is designed to protect all those who are “too small to fail”.

Instead of allowing the markets to adjust to technological changes that create redundancies here and new jobs there, the unthinking latter-day Luddite reaction is that people must be spared the pain of having to retrain, relocate or otherwise adapt; the problem can be solved, as ever, by throwing money at it, notching up prices in an ceaseless attack on the integrity of money.

This universal mythology, that passes as economics, has no regard for the basic truth that government must not spend more than it collects in taxes, or is able to borrow in the market – and in a sound money environment the government is obliged to repay its borrowings out of future tax receipts if its sovereign credit rating is to be maintained.

The entire Libor rate fixing scandal arose in an attempt to dodge this fundamental truth. But that’s for another time! 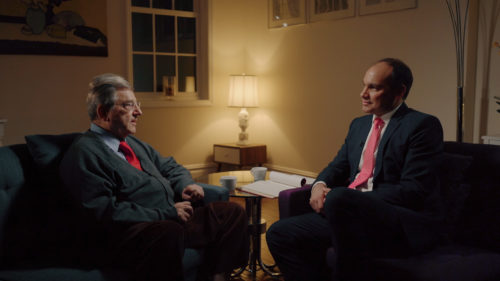