So, we’ve established that central banks are not privately owned, and are, in reality the property of government.

But how does central banking actually work?

Government spending is authorised by Congress or Parliament. Once approved, the Treasury instructs its central bank to issue the spending which it does by purchasing government bonds or authorising overdrafts.

Treasury and the Fed work together, cooperating on fiscal and monetary policy. 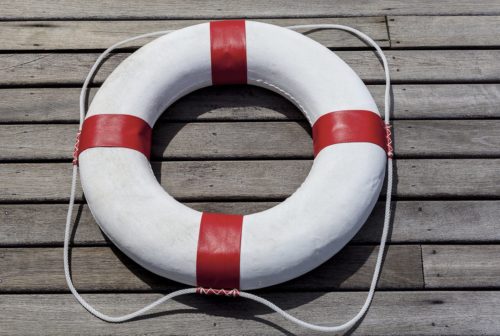 Can Central Banks Bail Out the Economy Next Time Around?

Deficit hawks like to claim that deficits increase the borrowing requirements of government, but this is incorrect. To the contrary, deficits put downward pressure on interest rates, and government debt does not ‘finance’ spending. Rather, debt supports monetary policy and the desire of central banks to maintain a target interest rate.

Whether central banks lend directly to governments, or indirectly, by buying their bonds second hand, this is not government borrowing. Only the US Federal Reserve can issue the US dollar. No other government can print US currency. And the government cannot run out of money, nor can the Fed run out of its own currency.

In reality, what we think of as debt is simply a matter of having government authorise spending of its own currency, issued to itself, by its central bank.

Central banks create money out of thin air by typing figures into a computer and moving numbers from one side of a consolidated balance sheet to another.

The rhetoric we hear about government borrowing is all smoke and mirrors deliberately designed to confuse people.

It cannot be debt if the issuer can not ever run out of the means to pay them, nor does it even really need to sell them in the first place.

Bonds are a government backed investment with a guaranteed return. It’s a subsidy by another name.

We should all be so lucky.