Make a Job, Not Take a Job.

News stories of peak self employment have given many commentators the false impression that the trend for working as a sole trader, or in a business with less than 10 employees is “returning to the norm” of big business employment domination. If you looked at the numbers and percentages from the 2008 crash through to today you would most likely agree, or at least see some evidence to support it.

Records are at an all time high with 15% (that’s 4.6 million people) working for themselves. The trouble is, records only began 40 years ago and this distorts the image of how the UK looked before the monopoly of big business took hold. So even though the language of the main stream media imparts a business as usual mindset, it’s very difficult to be of the same mind with their outlook.

In 1907 there were just 17 companies in Britain that had 10,000 employees or more. By 1929 this had grown to 39 and in 1953 there were 65. In 2014 there were 5.2 million businesses in the UK, with over 99% employing less than 250 people. Small and medium enterprises (SME), solo traders and home businesses are not only here to stay, they are the future, and on track to grow much further and faster in the decades ahead.

Creating a second income entirely separate from your main income is the bare minimum for the 21st century. Many feel the need to replace their employment entirely in order to take back control. And that’s the key.

It’s not exclusively a financial issue, making your own job instead of taking a job is about controlling your future and living life on your own term. 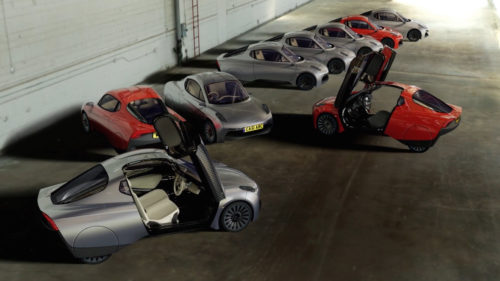 The Real Art of Entrepreneurship