Bribery and corruption is an inherent and unfortunate part of big business deal-making across the developed and developing world.  But the idea that the western corporate media would present domestic and foreign corruption as the same is unthinkable. Instead, viewers of the BBC are conveniently invited to vent their anger towards black politicians in far away places.

The Western media’s critique of corrupt individuals and states is invariably categorised in racial terms. Third World countries with majority black populations are the preferred scapegoat from the largely hidden but systemic forms of corruption that pervade many of the nations of the first and second worlds, including Britain.

Thus, during last August’s BBC HARDtalk programme, host Stephen Sackur interrogated Nigeria’s Minister for Power, Works and Housing, Babatunde Fashola in a way that he wouldn’t had he interviewed a UK minister. During the discussion Sackur repeatedly implied that the Nigerian government was systematically corrupt. At one point Sackur related an ‘off mic’ incident that involved the Nigerian minister and the then UK PM, David Cameron. The latter was said to have berated Nigeria after having described the country as one of the two most corrupt countries in the world.

The irony of Cameron’s comment would unlikely have gone unnoticed by Fashola. In 2010 the UK government passed into law the Bribery Act. Big business in the UK have repeatedly lobbied against this legislation, thereby undermining all attempts at preventing corruption. That the British establishment continue to claim they occupy the moral high ground on this issue is laughable.

The potential impact of the legislation is likely to be felt primarily, but not exclusively by, businesses. Why? Because bribery and corruption is an inherent part of big business deal-making. Nevertheless, the notion that the Western corporate media would have the temerity to spin the story in this way is unthinkable. Instead, viewers to the BBC were conveniently invited to vent their anger towards a black politician in a far away country.

Four years ago, Cameron visited one of the most corrupt and authoritarian countries on the planet, Kazakhstan. The leader of that country showered him with gratitude and praise. Kazakhstan’s former police chief is linked to the ownership of £147m-worth of London properties which forms part of the UK’s status as a safe haven for corrupt capital.

This represents the tip of a huge ice-berg of corruption in Britain. Readers might, for example, recall the Straw and Rifkind affair, the MPs expenses fiasco, the on-going PFI saga that’s crippling the NHS, the long-running HSBC scandal and the establishment’s complicit role in the Panama and Paradise Papers.

In addition, the UK government is actively involved in the selling of armaments to the Saudi regime who are raining them down on the Yemeni people. A great deal of the trade in weapons of death takes place at the bi-annual international arms jamboree in London’s Docklands (of which UK royalty is, historically complicit).

Simon Jenkins is one of the few mainstream commentators to have remarked on the hypocrisy of the British establishment:

“The truth is that hypocrisy is the occupational disease of British leaders,” he said.

“They lecture Africans and Asians on the venality of their politics, while blatantly selling seats in their own parliament for cash.

I hope some insulted autocrat one day asks a British leader how much his party has garnered from auctioning honours.

The government suppresses any inquiry into corrupt arms contracts to the Middle East. And when does lobbying stop and corruption start?“

The point that Jenkins makes, namely that lobbying and corruption form a seamless whole, is a very good one. The widespread perception that Britain ranks 14th among the most corrupt countries in the world, is clearly indicative of the way in which the media misinform the public by ignoring the fact that corruption is embedded in the heart of the British establishment.

In bringing together a wide range of leading commentators and campaigners, David Whyte shows that it is no longer tenable to assume that corruption is something that happens elsewhere.

Indeed, as Penny Green of Queen Mary University of London, contends, “the network of egregious state and corporate corruption in Britain rivals any in the developing world“.

This is no accident. The function of the state has shifted from that of ‘direct provider’ to ‘pro-business facilitator’. The ideology that came to embody this change is neoliberalism.

Rather than goods and services being administered democratically, the trend has increasingly been for the state to act as a purchaser of these services which are provided privately and indirectly. As each separate financial intermediary takes their slice of the financial pie, the temptation for corrupt practices becomes greater and the concentration of capital and deregulation of labour markets more acute.

With the balance of economic power tilted increasingly towards the rich who are able to buy the influence of politician’s, the impact on democracy has been devastating for millions of ordinary people.

This hollowed out system of democracy is one in which the 99 per cent increasingly find it difficult to establish some personal and meaningful pattern in a social world dominated by huge and distant monoliths whose power over the livelihood of millions seems absolute. 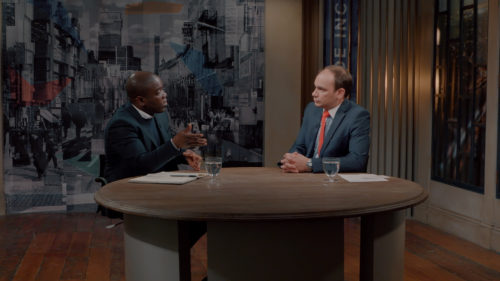