The New Face of the British Conservative

What do the trends in British voting behaviour tell us about education, democracy & the mainstream media?

“The better educated are more prone to holding irrational political opinions because they are more driven by fashion and a group mentality.”

These are the idle musings of Dominic Cummings, former campaign director for Vote Leave — the official campaign in favour of the UK leaving the European Union otherwise known as Brexit. Before this Cummings was a special policy advisor to Michael Gove, the former UK Education Secretary, knife wielding Brexiteer and Murdoch sock puppet.

Gove; a climate change skeptic, public forestry privatisation, and National Park fracking advocate, had been fired from the inner sanctum but has recently found himself back in favour with Her Majesty’s Government.

Invited back into the Cabinet as Environment Secretary by Theresa May, it’s rumoured that Gove’s appointment came as a result of his paymaster, Rupert Murdoch, whisperingin May’s shell-like. Equally it might have been Paul Dacre, editor of The Daily Mail and employer of Gove’s wife Sarah Vine, who put it to May over a private dinner at Number 10.

It could, of course, be that Gove’s qualifications for the post made him the obvious candidate to persuade May’s “friends and allies” of the hardline fundamentalist, former paramilitary, anti-abortion, anti-LGBT, climate change denying DUP to prop up her minority government. After all Gove, as Education Secretary, had also presented every state school in the land with a copy of the King James Bible in which he wrote a foreword. That would learn those Catholics a lesson or two about who was boss after the Reformation.

As a right-wing ideologue Gove butchered England’s education system and failed a generation of children to such an extent that teachers throughout the land celebrated when he lost his job in July 2014. This should have been unsurprising given his form as the inaugural chairman of the right-wing think tank Policy Exchange.

No better than a money laundering operation, for corporate lobbyists and backdoor Conservative Party donors with vested interests in free-market economics, Policy Exchange wrote government policy in support of the privatisation of public education and other public institutions. All while garnering applause from the mainstream education press, the useful idiots on edutwitter and their fakED research conferences inspired by an executive of TeachFirst who was also formerly of Policy Exchange.

Gove’s coup de grâce might have been his remarkable statement that “people in this country have had enough of experts”. Made during his campaigning for Vote Leave he threw the economists, who he had initially relied on to support his arguments for privatisation, under the bus. Yet, of course, the prize really must go to his stabbing in the back of, rival privateer and buffoon, Boris Johnson as they jostled for the leadership of the Conservative Party which in the end went to Theresa May.

In the Tory party chaos following May’s disastrous general election, and talk of a new leadership challenge, the joke doing the rounds on social media was that poor Gove must have absolutely no idea who to stab in the back. However Johnson and Gove, both salaried by billionaire newspaper proprietors, are ninjas in the political art of schadenfreude. Can anyone really believe that they will bury the hatchet anywhere other than in a colleagues back?

By now, you should be getting the picture over what a complete stitch up this Tory national project has been from the start and how so many people, good and bad, have been conned. Indeed, in 2017 it’s hard to know where the borders governing the vested interests of politicians, media owners and privateers begin and end.

Against the background of Gove’s private and public sector gerrymandering, and the impact of reducing access to higher education through university tuition fees, analysis of how the British voted in the EU referendum and the last general election is fascinating.

Prime Minister Theresa May began her campaign on April 18 confident that she’d win by a massive margin. The mainstream media were overwhelmingly hostile to her opposition who, as a result, were some 16 points behind in the national polls. Even within his own party Jeremy Corbyn, leader of the opposition, had a net-negative approval rating. Despite this, May’s gambit lost her party’s majority and failed to win a mandate from the British public, demonstrating she had not only underestimated the opposition but misjudged the public.

Earlier this week the opinion monitoring organisation YouGov released their analysis of how the British voted in the recent General Election. As one of the biggest surveys ever undertaken into British voting behaviour, interviewing more than 50,000 people, the analysis provides some surprising insights into the British public and the change in voting behaviour indicators.

Those under the age of 40 voted overwhelmingly against the Conservative Party with only around a fifth of those recently leaving school or university voting Tory. Whereas the older you were the more likely you were to turn out to vote and if you were over 60 the more likely you were to vote Tory from a tipping point of 47. Social class is no longer a predictor of voting behaviour. It is now education along with age that are the key indictors of voting behaviour in the UK.

In the UK the less educated you are, as defined by qualification level, the more likely you are to vote Tory.

YouGov | How Britain voted at the 2017 general election
YouGov conducts one of Britain’s biggest ever post-election surveys to chart how the nation’s political character is…yougov.co.uk

Needless to say the news that Tory voters are characterised as knuckle draggers past their prime didn’t go down too well in the Home Counties. But could this be the evidence that Michael Gove had long sought to prove that “The Blob”, in the public education systems he was running his ill-judged ideological reforms against, were nothing more than pinko lefties?

Indeed, just days before the General Election when it was clear that the Tory and billionaire media barons plan for domination was unraveling, the Times newspaper columnist Iain Martin tweeted:

After this is over, major national re-education programme needed for young voters on money, tax, defence, life.

A “national re-education plan” for the young no less. We have ways of making you vote Tory.

But might this education and age as indicator of voting behaviour be a one off in response to the rise of right-wing popularism through-out the western world?

Well, quite possibly no.

Analysis conducted by the BBC from the EU referendum (Brexit) voting behaviour is also illuminating. It showed the level of education had a higher correlation with the voting pattern than any other major demographic measure from the census. Areas of the UK where more residents had higher education skewed sharply to Remain, while areas where more had no formal qualifications were more likely to vote Leave. Areas with older populations skewed more towards Leave than those with younger populations.

Thus cross-referencing the analysis of both these elections provides a new insight into a divided Britain that suggests if you’re old and under-educated you are more likely to have an insular, right-wing perspective on life and vote accordingly. And, in a nation where xenophobic right-wing newspapers are given away freely at every train station in the form of the Metro and Evening Standard, the newspaper readership demographics suggest that this group aren’t the best at critical thinking either.

Armed with this evidence, the question is what decisions will future governments make about public education and the care of our older citizens? 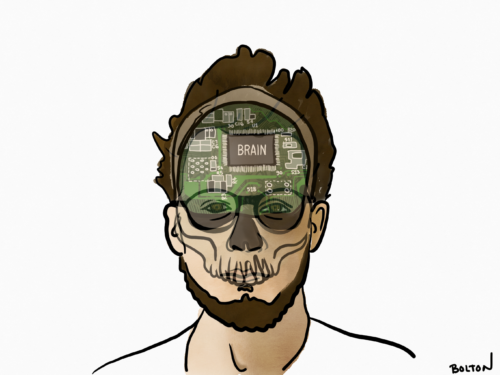