The economic and social impact of rapid technological progress including artificial intelligence, automation, intelligent robots and self-driving cars will be a key theme for this week’s meeting of the World Economic Forum (WEF) in Davos. Graham Brown-Martin asks how our global education systems can respond to what the WEF calls the “fourth industrial revolution”.

We are on the precipice of what the World Economic Forum calls the Fourth Industrial Revolution. Artificial intelligence. Automation. Ubiquitous, mobile supercomputing. Intelligent robots. Self-driving cars. Neuro-technological brain enhancements. Genetic editing. The evidence of dramatic change is all around us and it’s happening at exponential speed.

This revolution brings with it exciting possibilities, new solutions to global challenges, and employment opportunities for jobs that have yet to be invented. At the same time it comes with the potential for technological unemployment that drives downward pressure on income security and social agency while society adapts to the new normal. Combined with climate change and rapid global population growth this century is the most challenging that our species has ever faced. Governments, educators and parents alike must ask the question about how they can prepare present and future generations to thrive in this transforming world.

Policy briefings from across the global political spectrum as well as organisations including OECD, McKinsey, Bank of England and MIT have been able to identify the breadth of jobs that are likely to be threatened by technological advance noting, for example, that “rapid progress in AI indicates a much broader range of jobs than previously thought could be carried out by machines” (OECD, Future of Work, 2013). Whilst economists, futurists and other experts have been good at predicting the demise of jobs they haven’t been great at pointing to the new jobs that will emerge, whether people will be equipped to do them and whether they’ll produce adequate income.

But things don’t need to be so bleak or dystopian. The reality is that the jobs of the future will be the ones that machines can’t do and it’s fair to say anything that can be measured or is based on rules will be automated. This is great news because it means we can automate the work and humanise the jobs. There are three key areas where humans beat machines that are key to future job creation:

It is beyond doubt that education is at the heart of preparing present and future generations to thrive. As a result it’s vital that we have an education that develops human potential rather than pits it against machines. An education system designed for an industrial economy that is now being automated requires transformation, from a system based on facts and procedures to one that actively applies that knowledge to collaborative problem solving.

This won’t be easy given the perverse financial incentives of an education model rooted in the late 19th century, driven by an antiquated text book and measurement industry that regards teaching as delivery rather than design. For decades this industry imagined that teaching as delivery, in the form of instruction, would mean that human teachers could eventually be replaced by computers. But this has misunderstood the nature of teaching and learning which is a uniquely personal and social activity between people that caters to every learners changing needs, unique talents, passions, and interests. In fact the very things that set them aside from the machines that are now emerging as part of this next industrial revolution.

Alvin Toffler in his book Future Shock (1970) posited that “The illiterate of the 21st century will not be those who cannot read and write, but those who cannot learn, unlearn, and relearn”.

Toffler wasn’t suggesting that reading and writing would become unimportant, he was emphasising that in times of rapid change in an uncertain future the most valuable skill would be learning how to learn rather than simply reciting a set of facts and procedures.

De-siloing the curriculum and designing learning experiences that encourage learners to make things by collaboratively solving interesting real world challenges will be the key to thriving in this century. We will succeed by working alongside our machines rather than competing with them, by programming them rather than being programmed by them.

During the summer of 2017 I was commissioned by the Canadian public television broadcaster, TFO, to research and prepare a literature review and white paper which I titled “Education and the Fourth Industrial Revolution” which you can download here courtesy of TFO.

This paper lead to a further collaboration with TFO and the Centre de Leadership en Évaluation which resulted in the publication of further white paper titled “Adapting to the Digital Revolution” in November 2017 to wide national and international acclaim. It has been published in English and French.

For the Francophone community and French speaking people, this interview with Glenn O’Farrell, CEO of TFO about L’avenir de l’éducation numérique (The Future of Digital Learning) that reflects on this body of work is illuminating.

Meanwhile, this work forms the basis of a keynote talk that I have been delivering at international education and governmental summits in the US, Europe, Asia and Middle East:

If you would like to hear this talk at your summit or conference please contact Wendy Morris at The London Speakers Bureau. 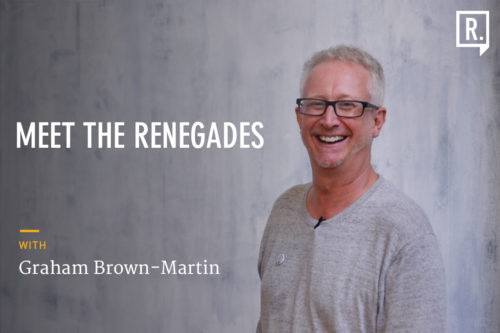