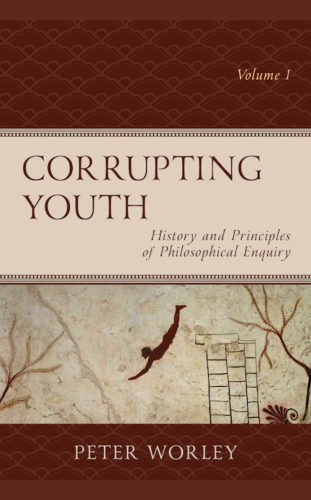 All you ever hear business leaders calling for is certainty. The problem with this is that the only thing in life that’s certain is uncertainty.

So how does philosophy allow us to navigate uncertain times?

If we look at the etymology of the word philosophy, it can be defined as the love of wisdom. When we look around the business world, there’s not a lot of wisdom to be had. One of the great paradoxes is the inability to integrate philosophy and the love of wisdom into a knowledge society predicated on the validation of information at the expense of human thinking and understanding.

In the view of Anders Inset, integrating philosophy in business is key to understanding different ways of perceiving the world. Inset argues that we are actually witnessing this integration which he says is strongly needed. One of the major problems, however, is to successfully interpret the mountains of information humans have at their fingertips into forms of knowledge that allow for deeper, collaborative and holistic forms of understanding that run contrary to existing interpretative models of technologically-based information.

Inset says that as part of the existing overall schema, decision-makers within the corporate world tend to be conditioned by a silo mentality and are afraid of losing their jobs if they admit to making mistakes. The philosopher acknowledges that in order to move forward in the 21st century, entrepreneurs need to embrace attributes such as trust, empathy, creativity and innovation and be less afraid of making these mistakes.

“Vulnerability is the birthplace of all of that. So I think it’s about showing leaders that it’s OK not to not know everything and that we are interdependent. We need other people and we need to co-create in order to come up with other views of things”, says Indset.

What is clear, is that the ‘greed is good’ Wall Street mentality is a relic of an era that has outlived its sell by date. The old model of doing business is not working because its built on finite structures. What is required is a greater emphasis on soft skills as the key driver for creating sustainable value, what Indset terms, ‘prosterity’, meaning prosperity for posterity. In this way, prosperity is created for future generations within the context of the ‘Infinite Organisation’.

“Capitalism taught us that there is an invisible hand of the market. But there is no invisible hand. It’s a fluid world. Capitalism is a self destructive system if it’s put out freely. Now it’s free, but it adapts. And it has adapted from a hierarchical model of discipline and authority to a free model of liberal democracies where we can do whatever we want”, says Indset.

“This leads us to what I call a pop Western Buddhist capitalism where we talk about love and compassion and integrating that into capitalism. With the technology, we either go into some kind of giant depression of self exploitation through digital technologies, living off of likes and shares, or we wake up and find our thinking and our self realization to have some kind of balance between this technological outside world and our inner world of being a human being.”

Integrating Indest’s Buddhist capitalism concept into the corporate world is largely dependent on the ability of students to be exposed to philosophy at school and university. It is from this perspective that they are able to develop the critical and requisite soft skills necessary to create value on order to make some kind of difference.

According to Indset, the challenge that we have is to educate people to rethink historical masterminds like Kant, Hegel, Nietzsche, Engels and Marx in the new lights of the 21st century.

“The problem today is that we’re not allowed to have a different opinion. You only like and share the same opinion. These are the mechanisms of the social media that we have built. As long as we think that is the model, then we have some big issues. So lifelong learning is actually the essential part of education”, says Indset. 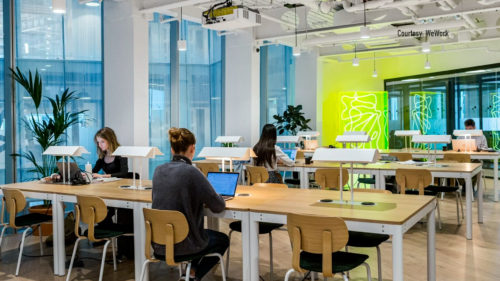 According to the philosopher, the problem of thinking in a closed mind environment stems from the fact that we are caught in the moment, are being dragged through life and have lost the aspect of time:

“We have come to the conclusion that the life can be a wonderful journey, but the end goal is nowhere. We are caught in our absolutes and are trained to think in ones and zeros, blacks and whites.”

Indset says we are unable to free ourselves from the notion that our opinion is the font of all knowledge and stresses the importance of engaging in a dialectical journey to enable us to overcome the limitations of our thinking.

Teaching children to think critically and exposing them to a dialectical and philosophical understanding of the world, is the starting point for Peter Worley. In his book, Corrupting Youth, Worley emphasizes the need for students to learn to think well and maps out philosophical ways to achieve this:

“One of the messages I want to get across”, says Worley, “is that I’m speaking to every single person in the room because thinking philosophically is a really valuable skill. A key thing about doing philosophy is about having lots of different perspectives at the same time, what I call two eyed thinking. And if I ask a child a question like can you step in the same river twice, most children will just say yes or no. They have their one eyed thinking view on it.”

While acknowledging that the ability for the child to think critically is important, Worley nevertheless emphasizes that the sharing of different perspectives and listening to different points of view is also integral to this process:

The philosopher suggests some ways in which we, as an audience, can start thinking a little more philosophically:

“We need to reflect in a way that gets us to not just consider what I think, but also to consider what others might think and to consider what I could think. Once I’ve gone through that process of reflection, I might then say, OK, so what do I think is right here? Do I think this is the case? And why? What are the reasons? What is the argument for this? What do I think of other people’s arguments? And when someone said that thing that I considered a few minutes ago, on what grounds might they think it? And I might even try to be charitable about an idea before I critique it, then eventually I re-evaluate. And I think again. That’s the four hours of philosophy – respond, reflect, reason and re-evaluate”, adds Worley.