Did Assad gas his own people?

The recent bombing raids on Syria are predicated on a false consensus that President Bashar al-Assad is responsible for using chemical weapons against his own people.

But even intelligence officials say these claims are widely disputed. Below we run through everything we know, and don’t know, about the attacks.

Charles Shoebridge, former British army and counter-terrorism intelligence officer tells Renegade Inc. that as previous OPCW investigations into alleged chlorine use have demonstrated, the evidence Assad’s forces carried out chemical attacks in Syria is not strong.

“Ample imagery exists on social media suggesting chemical attacks on civilians have occurred, but in many cases, such imagery has been demonstrably manipulated – and whether with willing or coerced actors, such footage is relatively easy to stage,” he says.

“Undoubtedly in some instances, large numbers of victims – almost always somehow mainly women and children, and almost never rebel fighters – have died. But how they died, and by the hands of whom, isn’t easy to establish purely from the images so often presented to us as unquestionable proof in our media.”

The former intelligence official says that the areas these incidents occur in are invariably controlled by extremist jihadists who repeatedly have shown little reluctance to kill civilians if this advances their aims – particularly civilians of different sects or faiths to their own.

“These incidents may have occurred as claimed, but unless at some point more information emerges, there just isn’t yet credible, reliable evidence needed to support such claims,” he says.

Because the rebel-controlled areas of Syria are too dangerous for independent UN or OPCW investigators to work in, evidence collection, including the gathering of forensic evidence and witnesses, has been outsourced to groups such as the White Helmets whose vehement anti-Assad stance allows them to work freely in extremist-controlled areas.

“Not only are such groups inherently biased and therefore have an interest in falsifying evidence, but also the White Helmets were founded and are funded by, among others, the US and UK – both of which are highly active participants in orchestrating and promoting the war against Assad.”

Certainly, in this respect there appears to a far greater motivation and military rationale for such incidents to be carried out by rebels, rather than by Assad – particularly at a stage of the war when he is overwhelmingly winning by conventional, non-chemical means.

Did MI6 tip-off the terrorists?

The Russian government has been very clear that the most recent alleged attack in Douma was instigated by Jaysh al-Islam, a coalition of ISIS and other terrorist rebels dedicated to overthrowing Assad.

Foreign Minister, Sergey Lavrov even went so far as to say that the Russians intercepted a communication between British intelligence services to Jaysh al-Islam advising it to speed up the provocation.

Professor Piers Robinson, propaganda researcher and chair of politics, society and political journalism at the University of Sheffield tells Renegade Inc. that while some events might be fabricated,  attacks are occurring.

“The question is who is sponsoring the attacks,” he says.

The timing makes no sense

Fadhel Kaboub, Associate Professor of economics and international studies at Denison University told Renegade Inc. that it’s clear that Syria was on the verge of total liberation, gaining territory, reclaiming major cities from rebel groups and re-establishing the government as the main military and law & order presence.

“If you’re that close to gaining control of a major city through traditional military means, why would you bring attention to what you’re doing by using chemical weapons?,” says Professor Kaboub. “And drawing attention from the Americans, from the international community which is clearly not interested in supporting the Assad government?

“It’s very unlikely. I doubt the Syrian military or the Syrian regime is that stupid.” 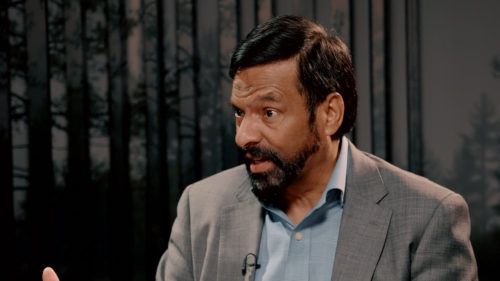 Vanessa Beeley, independent journalist and one of the few people reporting on the ground in Syria tells Renegade Inc. the Syrian government had been negotiating for months with Jaysh al-Islam for the release of thousands of kidnap victims being held in “repentance prisons” in Douma, many of them women and children. Those who weren’t kidnapped from the area of Adra, were burned alive in the region’s bread ovens.

Of the tens of thousands of civilians kidnapped, tortured or killed by terrorist factions, only a couple of hundred remain.

“The Syrian government had been negotiating for months with the terrorist factions, led by Jaish Al Islam in Douma. The objective of these negotiations was to secure the evacuation of all civilians from terrorist occupation and the release of all kidnap victims,” Beeley says. “That includes some Syrian Arab Army kidnap victims. Why, at that point, when they had just arrived at a resolution and people were starting to be allowed to leave by the humanitarian corridors and the terrorists were leaving on the buses, why would they use chemical weapons?”

No evidence Assad was responsible for past attacks

As for the previous attacks in Aleppo in 2012, Ghouta in 2013 and Khan Shaykhun in 2017, these attacks have largely been discredited.  Even Carla Del Ponte of the UN said there was a high probability that the chemical weapon attacks were launched from terrorist held areas. But don’t take Syria’s word for it. Don’t even take the UN’s word for it. America’s own Secretary of Defense, General Jim Mattis admitted there was no substantial evidence Assad had used chemical weapons.

Beeley says all indications are that these chemical weapon attacks in Douma simply did not happen.

This claim is shared by Robert Fisk, multi-award winning Middle East correspondent who has lived and reported on the Arab world for more than 40 years, and who revealed last week that it’s likely no attack ever occurred,  that ‘the video which horrified the world’ actually depicted patients suffering from hypoxia, not symptoms of a chemical attack, and that the White Helmets deliberately created a public panic in a highly successful propaganda coup.

“This is what happens in war,” says Professor Robinson. “War is about killing people, and often about doing whatever you think you can do. Things such as events, initiating false flags and blaming it on the enemy is a potential feature of warfare. And that is a question we have to ask about Syria.”

Syria destroyed its chemical weapons in 2014

In 2013, the Syrian government agreed with the OPCW to remove all of their chemical weapons which were destroyed on a US destroyer vessel in 2014, signed off by the OPCW, while Russia acted as guarantor.

“What reason would Syria have to alienate its strongest ally in this war against imperialism?” says Beeley. “By using chemical weapons? It doesn’t make any sense.”

In March 2013, Syrian Arab Army and Syrian civilians were attacked by terrorists using chemical weapons in Khan Al Assal, Aleppo. The Syrian government invited UN inspectors to Syria to inspect the site of the attack. Having taken more than six months to arrive,  the inspectors arrived in Syria just one day before the chemical attack in East Ghouta.

It would be a very foolish decision for Assad to begin gassing his own people in the presence of UN weapons inspectors.

“Who stands to gain from that?” says  Beeley. “When you apply the cui bono system, the Syrian government stands to lose, every single time.”

You can also watch our Weapons of Mass Distraction episode with Charles Shoebridge where he expands on the bedfellow of the media and war agendas.