Cracked quietly laid off its entire video production team and most of its staff over the Christmas break, taking its core product with it, along with the writers, actors and personalities that made it famous in the first place. If it still expects to profit on margins, it’s in for a rude shock. Why would its key audience return to the site, knowing it has been stripped for its parts? These job losses are a cautionary tale for how not to run a media company. Its lessons apply as much to founders as investors.

I returned from leave last week, to find my favourite writers and producers at humour site, Cracked were quietly laid-off or quit in the time I was away and I’m pretty pissed about it.

According to the site, Cracked receives more than 300 million monthly page views. But its latest owners, E.W. Scripps, decided the best path to profit was to completely destroy the editorial offering that saw the site rise to fame in the first place. That includes its most popular series, After Hours, its writers, actors and the entire video production team.

Cracked is not alone. Time, ESPN, BuzzFeed, Vice, Mashable, Complex, Mic and Fox Sports all laid-off staff last year. And then there’s Gothamist whose CEO shuttered the company completely after its staff voted to unionise.

These job losses should serve as cautionary tales for how not to run a media company.

Their lessons apply equally to founders as they do to investors.

Why even take on venture capital?

Investment can be a good move, but the growth conditions attached to venture capital are often unrealistic. That is because most investors do not understand media. Their primary objective will always be to increase dividends, often at the expense of the core product. It is up to founders to negotiate a mutually beneficial agreement.

If that agreement does not include continuing to afford the work being doing prior to acquisition, what the hell is the point?

And what is wrong with covering operating costs, keeping a small staff employed, and making a little bit of profit, consistently, year-on-year? This all comes down to how we define success in media.

There are ways to fundraise that do not involve investment: These include subscriptions, memberships, crowdfunding, grants and partnerships. Co-op models, where staff are the owners or key shareholders, employees have incentives to work towards mutually agreeable goals, both creatively and financially. 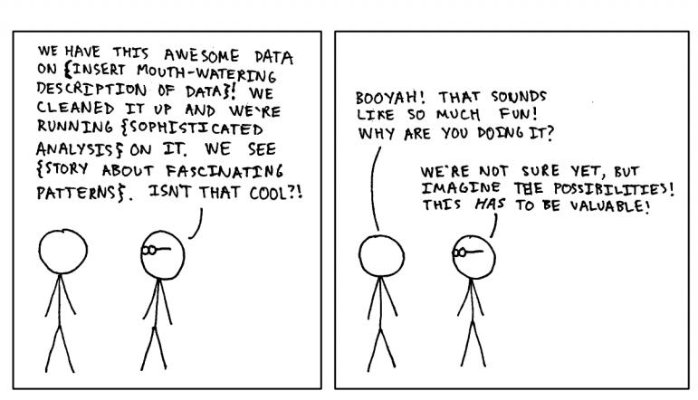 Founders who do not have a realistic calculation of their operating costs cannot possibly understand what the company is really worth, or how much investment to take on, (if at all).

Underestimating the true cost of content is one of the most common mistakes I have come across during my years in newsrooms and creative studios. This is due in no small part to staff, contractors and freelancers hired in a ‘tendering’ process that rewards the lowest bidder.

It is important for founders to have an intimate awareness of their company’s operating expenditures, but it is also essential for employees to be honest and realistic about the time and money costs of their work and invoice or quote accordingly, because nobody will volunteer to communicate this to management.

Media companies are not your standard investment, they should not be treated like one.

No investor should go near a media company unless they are a true-believer in its core product or objective. If this is the case, take the time to get to know how the business operates and come up with an investment strategy that prioritises editorial values and goals over short-term profit.

There are plenty of quicker and easier ways to make money than investing in media. Go buy some shares in Tesla, or a banking or oil company if a that is what you’re after.

Surely slow growth, developing a media model that can last the long-term would be in the interests of both founders, workers and investors.

The last decade in media demonstrates what happens when companies take on too much capital: they grow too quickly, then implode, taking thousands of jobs with them in the process.

One need only look at Facebook to see what happens when your company is over-valued or when you accept more money than you should: You lose control over your product. Every decision Mark Zuckerberg has made since the Facebook IPO is designed to keep shareholders happy. This is what happens when investors are your core constituents, not your users.

E.W Scripps might very well see its decision to layoff staff and destroy its legacy content as a successful one. Dividends might even increase in the short-term.

However, it is unlikely Cracked’s core audience will return to the site, knowing it has been stripped for its parts, bringing negative implications for its share price in the medium and long-term.

The old models are clearly no longer working. As the ROI of online advertising continues to decline, media companies will need to find new ways to fund their ventures.

If you must take on an investor, Mike Judge said it best in his critically acclaimed series, Silicon Valley: Don’t be afraid to ask for less.

Less money, fewer conditions. Go slow. Pick one thing and do it well. Figure out how to fund and be successful at it, then do the next thing.

At Renegade Inc. we’re out to prove there’s a different way to produce public interest journalism. Though we are pursuing diverse alternatives for funding, we believe making readers stakeholders is the only way to preserve the integrity of our product. We are excited to take you on this journey with us.