Freedom, the Economy, and the Rule of Law

Freedom has been the ultimate battle cry of liberal politics.

Away from the political use of the term, which has become more so a term of propaganda than enlightened rhetoric, we have lost an important link with its conceptual roots.

The discussion around freedom, often weighed by the politics of foreign policy, is pre-occupied with determining what freedom is not as opposed to what it is.

Freedom has been the ultimate battle cry of liberal politics. It has shaped the battle field from the French revolution, the American war of independence, the Second World War, and even the modern day battle fields of Iraq and Syria. It has become a term so inextricably linked to democratic progress and has become the de-facto way in determining who, in any conflict, possesses legitimacy. 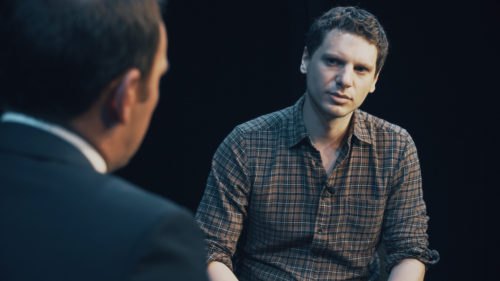 And why should it not be? Freedom, in its conceptual form, is the ultimate attestation to the importance of individual will over that of society. It presents the inextricable truth that we, although social, exist on an individual conscious level with different motivations, experiences, and objectives, and have an inherent right to our thoughts and feelings. More so, in a grander sense, it is the final and only measure on which a state can be truly held accountable on when judged on its ability to govern without slipping into the temptation of rule.

Away from the political use of the term, which has become more so a term of propaganda than enlightened rhetoric, we have lost an important link with its conceptual roots. The discussion around freedom, often weighed by the politics of foreign policy, is pre-occupied with determining what freedom is not as opposed to what it is.

This has led us to accept whatever, politically speaking, freedom is agreed upon to be, and that we possess it, by defacto belonging to the political and governing body claiming to be in its possession.

This has become so predominant that any enlightened discussion around what freedom is, a previously ever growing fire, has been extinguished. This is especially true as our current democratic processes have been established under that banner, and therefore seem to satisfy, at a superficial level, the measures of what it means to be free.

But freedom is ultimately a measure not of emancipation, that is, the absence of tyranny or subjugation on a political level, but also on the availability of choice on the individual level. And by that measure, all of us today lack in freedom.

This lack of freedom is beset by two conditions that are imposed on us by virtue of birth and citizenry, inherently robbing us of choice. The first is our belonging to an economic cycle, and the second, the belonging to a system of governance and law that we have not had a hand in forging.

One of the main functions of governments is to provide its citizens with services. This generally includes administrative and legal functions, security in the form of maintaining a policing and/or military force, the provision of utilities, and possible social provisions around health, childcare, and unemployment amongst others.

For as long as governments existed they have covered the expenses of such provisions through the collection of tax; and the right to vote, many a times, has been tied to a minimum tax contributed per citizen.

There is no argument that these services contribute a benefit to the lives of citizens, but it does also mean that citizens, to consume thee services, must generate an output that can be assigned a monetary value on which tax can be collected.

This transactional relationship between governments and the governed creates a system in which the ultimate expected achievement of citizens is to become a taxable producer. The question remains how should monetary value assigned to output?

The laws of classical economics present us with their views on supply and demand. But it is in no doubt that as low in demand an understanding of our universe is, it remains necessary for the progress of civilizations as a whole, the same can be said of philosophy, political discourse, and even art.

What this results in then, is that although these outputs have a socially utilitarian aspect, they remain low in monetary value as they are not seen as relevant to the transactional relationship created by a tax system devised for commercial outputs. This in turn dissuades citizens from investing in outputs with social utility, ones that they might actually have a closer affinity to and even strong competence in, to pursue commercial endeavours to provide for themselves and the services presented to others.

Ironically, this creates a deficit in outputs with social utility, and governments find themselves needing to intervene by injecting more capital to revive these areas, driving the vicious cycle even deeper.

In this sense, freedom is robbed from individuals two fold. First it subjugates us into the economic cycle necessitating us to become a transactional unit of production. And second, it moves to repress natural interests and competence by emphasising commercial utility over social utility.

There are few circumstances where this subjugation is escapable. First, is through the accumulation of wealth in which one can attain the liberty from the economic cycle, which conveniently justifies our obsession with those who attain celebrity status. The second, is through the accumulation of wealth through arbitrary and often patriarchal heredity, bringing about the democratic disdain of aristocrats and the bourgeoisie.

But a disdain towards either of these would be foolish, for how can one justify a hatred to anyone’s plight and success in escaping such a transactional subjugating cycle. If anything this should be used as a cry not for the lack of plight of some, but for the overwhelming burden placed on others, for ultimately the greatest minds in history on topics of philosophy and even freedom where aristocrats themselves!

The power to repeal

Beyond the intricate relationship between citizenry and the economic cycle another limitation of freedom is quick to be found in the greatest promoter of freedom itself, democracy.

Democracy operates on the notion that citizens must be represented in government by those of their own choosing. Many forms of democratic representation are found around the world but all suffer from major flaws.

Firstly, the constitution of which a government takes is seldom built on the representative wants of the citizens. And again, ironically, is often put forth by aristocrats turned revolutionaries using loose ideals expressed through the disdain of citizens as the building blocks of government. This accounts for the vast number of failed revolutions and uprisings, but also points to the fact that any extensive rejuvenation of governance has only ever succeeded through turbulent revolt.

Furthermore, even though the democratic process seeks to reduce the ability of those who attain power to retain it. A situation where those in power would be motivated to regenerate the constitution of the very modes of governance which has allocated them their power is highly implausible.

Secondly, the process of representation through democracy provides with it a dilution of the strength of individual voice. Beyond operating on a simple majority, layers in which voter concerns and voice is transmitted through executive, judicial, and other such branches of governance take an increasing bureaucratic tone. One in which voters voices are lost to both the opinions of their elected leaders and to the political processes built into the government’s constitution. These “degrees of separation” have become so drastic as it has required governments to empower watchdog agencies to monitor the democratic process and the deviation of law making from scientific fact. This does nothing but alienate voting which is presented as the only where citizens can put a voice to what they see as acceptable personal freedoms.

Thirdly, governance under the rule of democratic law subjugates those who cannot be involved in the representative process. As such generations are raised at the whims of laws put forth by the generation before them, often having little relevance to contemporary social, scientific, educational, or economic issues. The only recourse those generations have are to attempt, through voting or civil action, to repeal laws that no longer hold relevance, an arduous task through a bureaucratic system.

With all this the democratic process will continue to favour the group over the individual, and will continue to subjugate its citizens to laws and modes of governance that they did not have a say in, acting at best with a lag of one generation.

With all this at the door it’s easy to see how we have drifted so far away from the conceptual ideals of individual freedom, although it would be foolish to assume that freedom, in its absolute sense can be achieved as long as we remain part of a social system. Nevertheless, this can’t excuse the lack of rhetoric found around the importance of freedoms in relation to citizenry, economics, and constitutional governance.

A lot can be said in relation to how governments can act to continuously rejuvenate their representative constitution and role, and the same can be said in the need to escape economic subjugation and the importance of social utility. Irrespective of what propositions are put forth in regards to those issues it is pertinent that individual freedom remains at the epicentre of these discussions.