Language gives us an interesting window to see into our minds. It acts as a sort of bridge that reconciles and projects our thoughts with the world around us. The words we choose, or rather, the words we use – considering that many may say we don’t choose words, simply adopt them – help expose the constructs we hold within.

One of these fascinating constructs is that of the “real world”. A concept that has been built into our overarching schema of interpreting the world, yet a concept that remains very much hidden out of plain view. 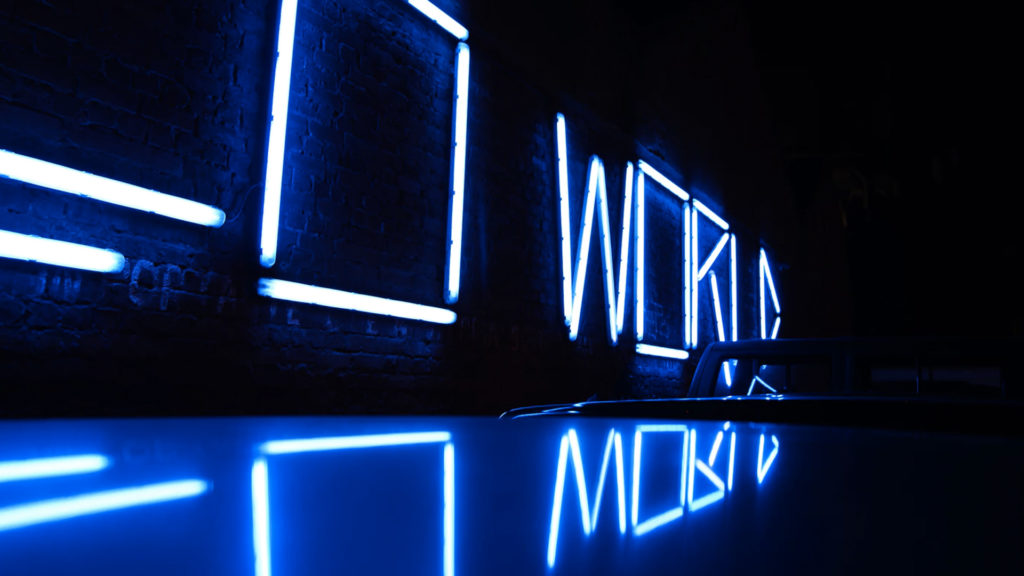 In its most basic form, the concept of the “real world” alludes to a set of preordained responsibilities. A combination of patriarchal morals and the protestant work ethic.

In more philosophical terms, the “real world” proposes the existence of an objective reality that is governed by set rules, rules that give us all an equal playing field and sorts us based on our abilities and understanding of the rules. A world where failure to understand and play by the rules leads to justified punishment. Rules of exchange and competition. Reap what you sow and defend yourself from those who want to take what is rightfully yours.

The concept of the “real world” then is elicited when one is being too soft or doesn’t get what they would like. Here the usual statements come in, you need to pick yourself up from the bootstraps and fight on. In short, the real world is one of eat or be eaten, one where an individual is nothing but the sum of his interactions with the world and their ability to beat the variables that they face – variables which, since we are operating on the idea of an objective reality, we all face.

As such, the concept of the “real world” has become an unconscious police force keeping us grounded, cautions us from the dangers of swaying too far from it.

The assertions made by this concept resonate with many of us, because, for the most part, they hold up to the truth. A strong work ethic is virtuous and a good sign of character. And standing up for one’s rights is a universally accepted moral stance.

But why is it that the “real world” is used as an ominous warning? Spoken about either with a wry grin of “just you wait” or the depression of a return to a “grind” of sorts. To understand this better, we need to look closer at what the “real world” doesn’t encompass.

Both these instances, vacation and university, are times when an individual is seen as not contributing to society, a time when they are growing or recuperating as individuals. They also reflect a social landscape that is not replicated in the “real world”.

In university, competition plays a benign role. This means that growth is a non-threatening event. As such, it allows for mutually beneficial social relationships to flourish around a cohesive identity of growth. The “Real world”, on the other hand, presents a common identity in competition where the rules of the game are zero-sum. Personal growth as a concept is also largely abandoned in exchange for a more limited interpretation of career progression, that is, growth for a purpose.

Vacations elucidate yet a deeper and darker comparison between the real world and the “unreal” world. Vacations are the only form in which one can disassociate from the “real world”, but there is an inherent understanding that this disassociation can only be momentary – on account of the need for money. This is why we go “back” to the real world after a vacation, an implicit understanding that any escape is only temporary.

Submitting to the inescapable

It’s this inescapability that makes it seem that the “real world” and the mores found in it belong to an objective reality. Yet the existence of systems of social interaction beyond those mandated by the “Real world”, such as those found in university, prove that the concept is anything but objective. This means that the mores that come with it are not universal themselves but are ideological retrospectives necessitated by a system that allows no agency beyond a prespecified “fermentation” period.

If they were not so, then the juxtaposition of a “real world” as opposed to the “unreal world” won’t be necessary in its entirety. In other words, the entire concept of the “real world” is one we perpetuate within ourselves to justify our adherence to a system that robs us of our agency, an agency we know to have and believe should be able to practice, yet, in our nihilism, is one we are willing to let go of in exchange for the convenience of what’s already there.

In this light, the concept of the “Real world” becomes an awakened and radically true understanding of the subjectivity of the world and our compliant role within it.

Jade Saab is a Lebanese / Canadian political writer and theorist based in Toronto. His writings cover topics of Liberalism, governance, and Marxism with occasional forays into current affairs.