Having helped lay waste to the British economy, Tory MP George Osborne will soon be teaching economics students how he did it, having been rewarded with an honorary position at Manchester University, writes Neil Wilson. Just a few hours in, the Conservative-DUP coalition is already bearing fruit, with a 20% upswing in employment rates for ex-chancellor’s called George Osborne.

Osborne’s appointment as an Honorary Professor of Economics at The University of Manchester was met with a mixture of bemusement and dismay, understandable as Osborne was the “Austerity” Chancellor and the UK education sector, particularly in England, is crumbling from his neglect.

But this appointment is in fact a significant coup for the Lancastrians. It makes perfect sense if you abandon the romantic delusion that Higher Education exists to “advance learning and perpetuate it to posterity”.

British Universities, like many of their international counterparts, are firmly in the business of selling degrees. They take a deliberately globalist view, not because they are awesomely woke, but because international students pay a higher tier of fees than their socially-excluded UK counterparts. Many UK “Russell Group” universities now have off-shore campuses mining the New Money in East Asia, while scaling back courses in East Asian Politics that may offend sensibilities in wealthy donor countries.

British Universities have long been in the habit of handing out Honorary degrees, doctorates and chancellorships to random persons of note. Mostly, this helps a little with fundraising, allows a local-boy-made-good to support the town, and provides a celebrity presence at Awards day. The University of Manchester is not a provincial technical college – it is currently 29th overall in the QS World University Rankings, and has the 7th ranked Business and Social Science faculty in the UK.

So, Osborne doesn’t need the money, (or the prestige – he is heir to a Baronetcy in Ireland). Manchester doesn’t need the credentials. What purpose does this relationship serve? The answer is: this appointment has little to do with economics and everything to do with politics.

As Chancellor of the Exchequer, George Osborne presided over an unparalleled period of public spending cuts and austerity, all in the name of the neo-liberal ‘sound finance’ interpretation of economics. This is the globalist austerity dogma of the 1% – a religion that preaches poverty as economic stimulation for the poor and taxes as an abomination unto the rich. Public sector spending “crowds out” the private sector. Welfare makes workers lazy. Entrepreneurs are the engines of progress.

A decade of this austerity medicine in the UK has failed to rebalance the economy, stimulate growth or eliminate unemployment. We have been left with a widening gap between the mobile rich and the static poor who are then condemned to perish in burning tower blocks. However, this anti-democratic, anti-community, anti-national ideology is now being threatened from random vectors, from the Brexit vote to Jeremy Corbyn.

University Economics departments are the seminaries for the Neo-Liberal faith. They train the next generation of young men to enter the priesthood, funded by the institutions and individuals that need this doctrine to persist in order to maintain their power.

In signing for Team Manchester, Osborne joins former Goldman Sachs man and ex-Tory Peer, Jim O’Neil, who has championed Chinese ownership of UK infrastructure, and Sir Howard Bernstein, who juggles the position alongside his strategic advisory role at Deloitte.

All of these appointments are connected to a view of Manchester as the “Northern Powerhouse” of an open, globalist economy. Running along the lines of Manchester’s regenerated tram network, the glass-walled apartment blocks, the BBC “Media City” at Salford, and the swelling ranks of middle-class students at the city’s University seem to be proof that Manchester’s economy is working. Unsurprisingly, the central city wards were firmly in the Remain camp.

But just a few miles away, before you even run beyond the limits of the tram network, there is a very different Manchester, and a very different North to the graphene-strung dreams of the Northern Powerhouse. This is a world of crime, poverty, low educational outcomes, stagnant social mobility and, consequently, huge support for Brexit. The shiny, glass apartments of Salford Quays may as well be in Switzerland for the residents of Hulme as they clean-up the streets in front of their terraced housing after another raid by the bomb squad. Manchester stands, now as it did in the 19th century, as living testimony to the myth of trickle-down economics. 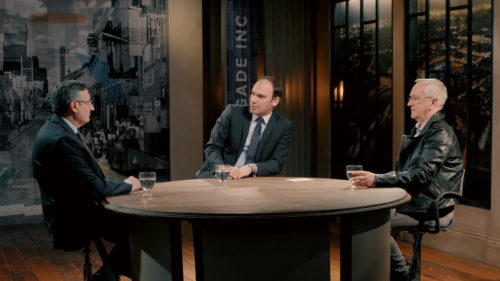 How economics professors can stop failing us