I Wish I’d Been in That Meeting: Twitter’s New Trust and Safety Council

I wish I’d been in that meeting, the one where Twitter decided to create its new Trust and Safety Council. According to Twitter’s most vocal free speech activists (aka Trolls), this is an Orwellian suppression of free speech by radical feminists, homosexuals, jews, islamists and the left-wing liberal media. According to Twitter’s CEO and co-founder Jack Dorsey “Twitter stands for freedom of expression, speaking truth to power, and empowering dialogue. That starts with safety.”

Now, who wouldn’t want to be at a meeting like that?

Firstly, let’s dismiss the free speech libertarian arguments for what they are, idiotic. It is nonsensical to argue for free speech where the speaker’s identity may be pseudonymous.  For example, someone entitled “@CaptainHaddockXX” has no claim to rights because that’s not his/her real identity. It’s akin to claiming that a pseudonymous street artist like Banksy could assert legal copyright over his work without having to reveal his true identity, appear in court or sign any papers. You can’t argue for the application of human rights and civil liberties to entities that may not actually exist as humans in a civil society. Duh.

It’s also absurd to argue for freedom of speech in the context of a platform where your words can be deleted, and their reach is defined by an algorithmic network as opposed to a public space. Put simply, the right to free speech is not the right to make abusive remarks anonymously, at selected targets and then delete your remarks before any public scrutiny or enforcement might occur. That’s something else entirely.

The frequency of discriminatory posts, rape and death threats posted on a social network are not an index of its commitment to freedom of expression. They are an indicator of abysmal corporate governance and, in Twitter’s case, a serious flaw in their long term commercial viability.

Twitter’s fundamental commercial problem is it’s the last bastion of the old, uncensored chat network model. Other social networks, where your identity is verified, have an inbuilt social control mechanism to prevent antisocial behaviour. I.e. If you posted “I hope someone shoots and rapes you, bitch” on Facebook, your friends will see it and judge you in a social context, possibly by punching you in the teeth next time you meet them down the pub.

On twitter, this sort of behaviour has no social consequences because your identity is obscured.

Clearly, a platform that relies on advertising revenues as its “monetisation” strategy needs to address advertiser concerns of reputational damage. As we saw during the Occupy protests, which were very active on Facebook, advertisers asked for ads to be pulled from Occupy pages. And Occupy are legitimate civil protests. Imagine the horror of brands when confronted with their ads appearing alongside the #GamerGate tweets full of threats of rape and violence. The new Safety council is not merely there to create a nicer environment for free expression, they’re in place to hedge against long term operational risk.

Hedging risk with charities and NGOs

We’ve seen this before. In the mid-2000s, the big internet media portals like MSN, Yahoo and AOL all enacted similar initiatives to “censor” their online fora and email platforms for images of child abuse.  They poured a lot of money into creating steering groups, donating to multidisciplinary public-private organisations like the Child Exploitation and Online Protection Centre (CEOP) and third sector partners.

Similarly, around 2009 the same occurred with mobile telecoms networks, where carriers and OEMs all spent fortunes with the same kinds of organisations to create committees to safeguard children, educate parents, supply schools with lesson plans on internet safety and so on.

In both cases, these organisations were under pressure from government agencies to do something, or face state regulatory interference that would affect their commercial performance.

These actions, like Twitter’s new council, are designed to do one thing: reduce the long term volatility of their share price. Twitter’s libertarian detractors will cite the recent decline in the Twitter stock price as a sign that Twitter is finished – #RIPtwitter – but it’s not. It’s a market correction against the loss of a relatively small percentage of their userbase who have left (presumably to make rape threats somewhere else).

Twitter’s decision to make this a committee of external organisations is very much an exercise in “human shield” corporate social responsibility. It means the core brand is distanced from its own policy decisions. The council is headed by Feminist Frequency founder Anita Sarkeesian, herself a much rape-threatened twitter user. It includes about 40 education and research organisations, child safety organisations, domestic violence and victim support groups. If they create policies that are deemed too restrictive, Twitter can claim its the council’s fault. If they fail and it remains the platform where around 80-90% of all online discrimination takes place (according to various studies) then Twitter can claim it’s done its best by engaging a diverse team of experts in the field to run it. It’s a firewall of plausible brand deniability.

What this really tells us is Twitter has vacillated too long over its commercial strategy. It has evolved to resemble Facebook, Linkedin and Google+ in terms of what you see on the screen and its revenue model. The creation of this council is a commercial sign that Twitter is no longer attempting to win the social network wars, so much as grab a place on the podium as a second or third tier earner against the competition. A bolder move would have been to do something about the trolls *before* they threatened to bring down the platform.

And so, the enemies of freedom – the feminists, homosexuals, jews, islamists and social justice warriors – have beaten the oppressed white males of Twitter. And the young geek CEO has settled for moderate long term value creation as opposed to a new silicon valley megabucks paradigm.  No doubt libertarians and investment bankers alike are reaching for their pistols and stockpiling tinned food in a bunker over that… oh, I wish I’d been in that meeting. 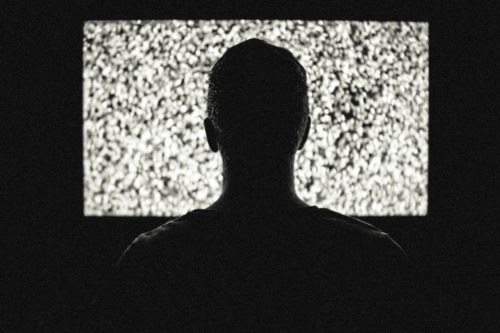 I Wish I’d Been in That Meeting: Phone Shop Idol