The Tide has Turned

Further reading: We Should All Be Feminists 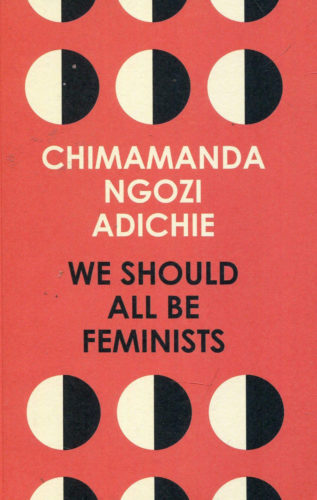 Never before has there been a more important time to figure out what effective corporate, political and creative leadership really looks like. But often the conversation doesn’t get over the binary debate about gender.

How do we begin to change the narrative and have a smarter conversation about leadership and culture that allows men and women to work together to ensure that our institutions, politics and arts are fit for the 21st Century?

To work out how we progress beyond damaging marketing memes towards constructive conversations about gender and leadership, this week on Renegade Inc, we are joined by aviator, Tracy Curtis-Taylor, and Chief Creative Officer at Mr President and co-founder of She Says, Laura Jordan-Bambach.

Take a cursory glance around popular culture and very quickly you’ll find these unhelpful stereotypes: Men are often depicted as domineering neanderthals who don’t do domesticity as they bounce around their lives satisfying their primal urges, but never asking for directions.

Women are painted as subservient shopaholics with a shoe and chocolate problem who are perpetually in need of some kind of heroic rescue. None of this is helpful.

She Says is a Global Volunteer Network that encourage women to join creative industries across 20 countries and 41 cities around the world.

Jordan-Bambach told Renegade Inc that the gender stereotypes that persist across industries and culture are “incredibly lazy” and easy to fall into.

“If you have people working in advertising who are all of one kind, it’s also very difficult to address or to kind of pick up on those nuances,” she said.

“There are some brilliant progressive creative agencies who have moved on, but on the whole, it’s still a little bit rubbish out there,” she says.

Creative departments in particular, are plagued by a number of really big issues.

Firstly, career progression depends on winning awards and the noise your work generates within the industry.

“But again, when you are speaking to a culture of men, the humour is masculine, the work that is awarded comes from a masculine perspective, so these problems perpetuate themselves,” says Jordan-Bambach.

There are also issues around the perceptions of good leadership.

“It’s that kind of classic, alpha male, ‘I need to sign everything off!’ and, ‘that’s not good enough, do it again!’. The very aggressive, creative leader has always been seen as a good leader,” she says. “So a lot of women, when they get further-on in their careers, they really suffer from that lack of aggression.”

That being said, you would think, that in today’s day and age, it should be becoming increasingly difficult for alpha-male type personalities to motivate and retain talent.

Jordan-Bambuch says successful, motivating leadership occurs when managers give clarity to their teams but allow them to make their own decisions, but for the ‘old-school’, this is a totally new and different emotional skill-set, akin to giving a ballerina pair of rubber boots.

What we’re left with is a relic of the Victorian era, ‘survival-of-the-fittest’ where senior executives and managers still look upon things such as mentorship, mental-health and ensuring the right support of your team, as signs of weakness.

“In fact it’s very bad management,” says Jordan-Bambach. “It is appallingly demotivating to be work under that system, but it’s just something that has been repeated, and repeated, and people have not – until recently – really questioned why that is the right way.”

“The reason aviation has become such a male dominated industry is because of the military, the World Wars, and the domination of the military in aviation,” says Curtis-Taylor.

“All civil aviation stopped during WWI, women couldn’t fly as military pilots,” she said. “By definition women were grounded after WWI.

“Air space is military. Women could hold commercial licenses, but they weren’t allowed into the airspace. We think of the sky as free space, but women were not allowed to operate.

“Of the 32,000 women that were in the Women’s Air Force in WWI, not one of them had a job in civil aviation during the inter-war period. This is systemic, systematic resistance and obstruction.”

The aviator says the achievement of women during the First and Second World War is exponential in terms of what they were fighting against.

In her research into women in aviation throughout history, Curtis-Taylor came across Parliamentarians saying, on the record, things like: “women are notorious for being dangerous, and incompetent, and hysterical.” Another said, “I’d rather fly in formation with a dragon than a woman!”

Charles Grey, former editor of Aeroplane Magazine during the WWI was notorious for writing things like: ‘These women, they want to want to be flying fast-bombers when they can’t even scrub the floors of hospitals!’

“Women were inferior,” said Curtis-Taylor. “That was implicit in all of the research and throughout history, and that’s why gender problems still persist today.

“It is why, in spite of the huge amount of emphasis and resources put into STEM education, trying to get more women into Science, Technology Engineering, and Maths, we still have only 5% of women in aviation. We can’t get more than about 8% of women in engineering.”

Recent research about women in STEM found that female researchers are often penalised professionally for co-publishing an academic paper with a male professor or researcher.

“If a woman publishes an academic paper on her own, she can expect potentially to progress,” explained Jordan-Bambach. “But as soon as she publishes a paper with a man, the man invariably gets to progress while the woman stays where they are.

“It’s a really difficult place to be in because you’re trying to work in this incredibly tough field, which takes so-much courage as it is, and there’s nothing, very often, that you can do or say to push yourself forward professionally.”

The arts have a significant role to play in changing-hearts and minds, transitioning leadership to a more feminine or at least gender-neutral approach.

Jordan-Bambach quoted the famous poem by Arthur O’Shaughnessey which you might recognise from the book and film, Willy Wonka and the Chocolate Factory: ‘We are the music makers, we are the dreamers of the dreams’.

“If you go back to that poem, that poem is about people who have this creative responsibility, who can create, and have the responsibility to set the vision of the world for the future, to show people what the world could be like so that other people can join in. But you have to keep on doing it and keep on doing it over, and over, and over again. It’s not easy to change culture. It takes a long time to make a difference.”

Curtis-Taylor says that when it comes to women in aviation, America has a much more dynamic and more proactive approach to advancing and gender-neutralising leadership.

Most of Britain’s pioneering women aviators were aristocrats: The flying Duchess of Bedford, for example, Lady Heath, Lady Bailey.

“They had the money and they had the resources,” says Curtis-Taylor. “They could skip the trend.  They could define themselves in a way that the middle-classes and the working-classes never had a chance at.

“Which is why Amy Johnson’s story is so powerful, a woman from a middle-class background becoming first female pilot to fly solo from Britain to Australia.

“But throughout all this, they were still white and relatively privileged. That is, in fact, the story of aviation: The absence of black women – black people – full stop. There were no black people in aviation. This is a very privileged entitled bunch of people.”

Part of the reason Curtis-Taylor has had such professional success in America is because of the support from women in management and the executive class.

“One of the reasons I got the support of Boeing was from women in management there,” she said. “A woman, (Leanne Caret), runs Boeing defence. One of the biggest defence manufacturers and suppliers in the world is run by a female. You would not see that in this country.

“The public school system: all of those those systems that are set up to create the masters of the universe – the Etonian and Harrow system, the Oxbridge system – it is to create a Master Class.

It still dominates our politics, our cabinet, all of those structures that facilitated male dominance, act to keep women out.”

The elites can stand anything. Call them privileged and they wouldn’t bat an eye. But what they can’t stand is being seen as incompetent. Despite having a female Prime Minister, Britain’s established elite is predominately male, and the leadership style is fundamentally aggressive and alpha. The establishment is looking shaky and incompetent.

Both women concur that proportional representation and caucuses and cabinets with 50% female membership is the first step to solving Britain’s leadership crisis.

“We have to widen the net,” says Jordan-Bambach. “Let’s start with the political governing system, and let’s see 50% female representation across the board. Let’s work with that one, just for starters.”

Jordan-Bambach wants proportional representation, leadership and parties that actually represent women, which is why she joined the Women’s Equality Party.

“They’re fantastic,” she says. “I’m a signed up member because I really believe in what they are doing. But it is an almost impossible feat for the party to ever actually have the kind of effect a major party could have. Though for a small party that was only recently set-up, they swept the board in a minor way during the last election. They did very well.”

Tune in to the rest of the episode above for more solutions to gender and leadership crises in the workplace and halls of power.