One of the worst British Prime Ministers of all time has given the neoconservative war hawks a gift. Their abounding adulation will drive her to make ever more reckless decisions. 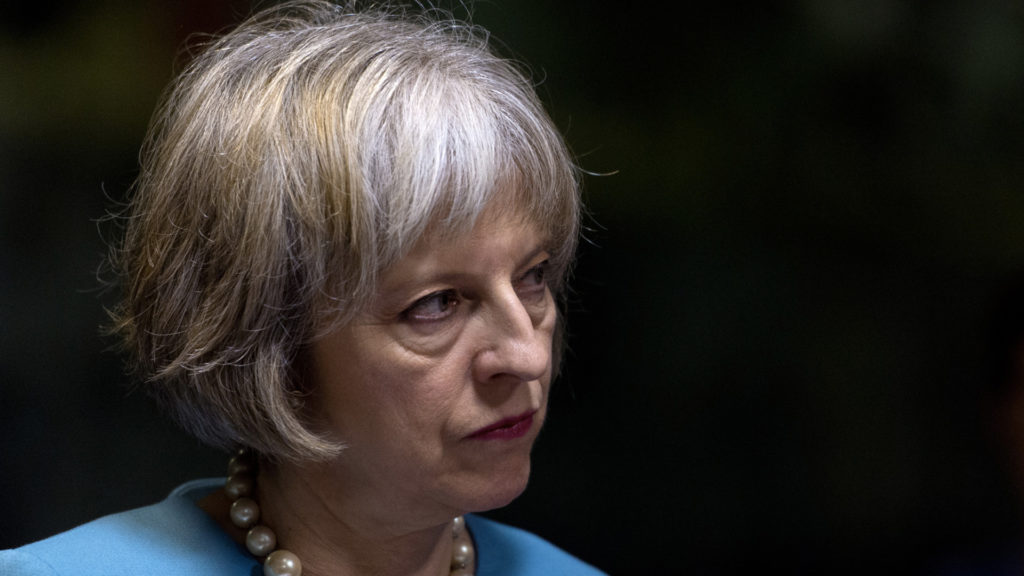 Theresa May’s political career is on the ropes. Her party think she’s a lame duck, the country sees she’s totally out of her depth and people around her know she can only work off a preordained script.

The barely elected British Prime Minister is in trouble and badly needs a crisis to divert attention from the fact that she can’t lead, can’t deliver Brexit and that she’s unable to control her unhinged party. So along comes this Salisbury incident and predictably she seizes on it, just as Thatcher seized on the Falklands when she was political toast.

May did this because she finds it difficult to think originally thinking and it’s ‘highly likely’ that someone told her she has to look strong. Simplistically she thinks that if she stands up to Russia that will do the trick. So her naked opportunism has gone into overdrive as she tries to turn her lamentable political career around. Anyone with a shred of objectivity and critical thought is able to see her strategy, but those people who only observe her actions through the prism of the neoliberal media can, understandably, be hoodwinked.

By charging off without evidence and blaming Russia for the death of a washed-up British / Russian spy the British PM has given the greatest gift she possibly could to the neoconservative war machine. And this is a huge – nearly intractable – problem.

But the bigger problem Britain faces over the coming months is something much more pernicious. Over the next weeks, May will get incredible support and lionising words from the political class, the Western neoconservative community and the corporate media. This adulation to someone who is terrible at strategy, deeply insecure and unable to think critically will be the driving force behind getting the British people embroiled in an unwinnable prolonged conflict. And the only people who want an unwinnable prolonged conflict are those who benefit from the neoconservative war machine. It’s all very simple.

So get ready for the feedback loop that pushes the world to the brink of a significant yet avoidable disaster. May sticks to the neocon script and gets richly rewarded for it. Russia becomes the scapegoat but decides not to take these baseless accusations lying down. The UN becomes the tool to assert more punitive measures against Russia. Russia hits back and the foreign policy ratchet effect begins. Who loses?  The reasonable people of all nations who are now compromised by politicians who have put their own careers above the best interests of their country.

The deep state in America has been spoiling for a fight with Russia for years, which has been heightened by losing a dirty war in Syria. It now has an incident on which to hang it’s anaemic argument, which will be used as a precursor to a series of events that will not end well. But using this incident in Salisbury as a starting point is simply delusional yet it underlines the collective delusion within the west, which is symptomatic of its terminal decline.

There is something badly wrong with the British political class when the leader of the opposition calmly asks the Prime Minister for evidence for the Salisbury incident then and receives cross-party booing and indignation. Mr Corbyn isn’t weak or unpatriotic. His problem is that all the people who oppose him also need a scapegoat for their own political and economic failure.