Retiring in your sixties is an idea that everyone takes for granted, but they shouldn’t. The assumption that you’ll invest enough of your earnings into a pension scheme and enjoy a decent standard of living when you retire is a faulty one. The numbers suggest the retirement prospects for people born between the late 60s and early 80s (Generation X) and people born between the mid-80s and early noughties (Generation Y or millennials) are looking bleak. So what went wrong?

The baby boomer generation (the post-war kids) lived in a very different kind of economy in three critical areas.

• Firstly, wealth was much more widely distributed in terms of wages when the baby boomers were economically active. They entered a labour market where there were more middle-income jobs, and much more opportunity to join a company at a low-paid junior level and progress upward through middle-ranking roles. This meant there was much more variation in income compared to today, where the dominant types of job are in a large low-paid sector and the executive high-paid sector, with middle income jobs in decline.

• Secondly, property, the most significant asset most people acquire, was cheaper to buy in the 50s, 60s and 70s. Meaning more people in those years could afford to get on the property ladder, enjoy rising house prices and subsequently sell-up in their retirement to realise the profits and finance their lifestyles.

• Thirdly, with better wage prospects and cheaper property, the Baby Boomers also enjoyed much more generous pension schemes. The types of pension on offer were similar to today’s pensions (tax-break investment wrappers) but employer contributions were a lot higher, with up to 45% of pension pots paid by employers who offered final salary schemes and guaranteed high pay-outs in retirement. Additionally, the stock markets those pensions were invested in boomed significantly in the 80s and 90s due to the effects of banking deregulation (the so called Big Bang).

The assumption that you’ll invest enough of your earnings into a pension scheme and enjoy a decent standard of living when you retire is a faulty one.

In short, that older generation got great employee pensions deals, better wage growth, bought into the property market before prices rocketed, and benefitted from consistently higher stock market performance. This combination of factors has financed – for many pensioners – a decent standard of living in retirement. But those days are long gone, meaning Generation X and Generation Y are looking at a very different future.

The end of the pensions boom

The problem facing Gen X, Y and Z is one of retirement affordability. Each generation has its own particular set of problems affecting their retirement outlook:

• Generation X is the most indebted generation. They ran up huge mortgage debts because, when they bought into the property market, borrowing was cheap and property prices were soaring (and continue to do so). They also had much easier access to credit than previous generations (thanks to the explosion of consumer finance deals after the Big Bang) at lower borrowing rates than the Baby Boomers, too. This means Generation X has accrued more debt and spent much of its wages on financing it. As a result, Gen X has put less into pensions schemes and saved less in the bank.

• The millennials have less debt overall on average than Gen X, mostly because they can’t get mortgages so easily due to the high cost of property, or accrue as much credit card debt due to lower wages. But their debt problems are still serious, as they drag student debts Gen X avoided. They also spend a lot more of their incomes on rent than Gen X. Millennials are also more likely to be in low-paid roles with poor wage growth, earning less than Gen X at the same age. Which means like Gen X, albeit for different reasons, millennials also can’t afford pension payments or household savings.

• Final salary or high payout workplace pension schemes are mostly defunct now. Increasingly, pensions are just tax-efficient investment vehicles, which means they are more heavily dependent on stock market performance (and stock markets are performing badly). Worse still, the decisions of corporations to pay shareholder dividends and keep up with spiralling executive pay deals have wrecked UK company pensions contributions. Around 90% of company pension funds can’t meet their obligations, being around £300bn short of the funds required in total. That’s approx. 20% of their future pay-outs. Which means most pensions schemes are slashing the amount they’ll pay out in the future, putting millions of Gen X and Gen Y pensioners at risk of retirement poverty as a result.

When you combine these factors with the rising costs of social care for poorer Baby Boomer pensioners, costs that will be compounded as Gen X retires without adequate provisions, the outlook is grim.

Is retirement a thing of the past?

Without a huge rise in savings and pensions contributions, Gen X and Gen Y can’t hope for a decent retirement, but they simply don’t have the money to save given their mortgages, credit cards, student loans and rent payments. The net effect will be simple: Generation X won’t be able to afford retirement in their sixties and will experience a significant rise in pensioner poverty. And as for the millennials, many of them won’t be able to afford retirement at all. 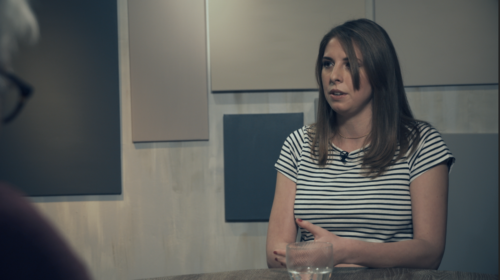