Veteran ABC journalist and Meanjin editor, Jonathan Green explores how to maintain your sanity in an age of fear, loathing and Donald Trump. 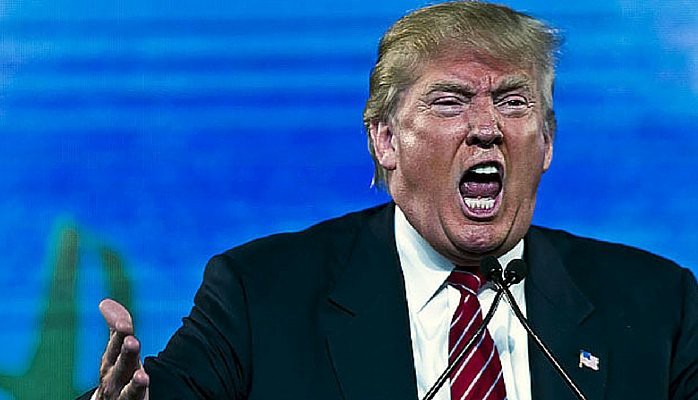 The challenge, and it’s not a trifling one, is first to maintain a semblance of calm and thoughtful equanimity. Then to nurture some deeper sense of hope. Maybe even optimism.

This will be no mean feat.

The days pass now in a constant stream of exasperation, shock and outrage. Our moment is marked by constant conflict and trouble, an effect multiplied many fold if your window to the world is in any way connected to mainstream or social media: hamster wheels of half fact and full feeling spinning in a constant blur.

How easily does that lead us to a sense of impotent despair? Our own confounded confusion?

There is an accumulated shock in this, because what we are watching is so often calculated to appall us, and does, bringing a slow accumulation of offence against the shared, intrinsic, human moral sense.

And that shocked despair, increasingly, is a shared reality. A hyper reality possibly, accelerated and exaggerated by the modern media that relays and interprets the greater world. That said, even traditional corporeal, palpable, reality has installed Donald Trump as President of the United States: media’s powers of exaggeration can only go so far.

Is it only me? Am I the only one who sometimes just wants to sit here, close my eyes and breathe, breathe with a quiet calm that melts away the surrounding world … that brings a moment of stillness and quiet

We need resources in this bombardment.

It’s unhealthy, distracting, unproductive, but I’ll flick out of this screen, even in the process of writing this, more often than I should. Lift the lid on Twitter and there …! That other world bubbles past, it’s like looking down from street level into a flooded, fast-flowing drain. Close. Open. Close again … still there, the angry turbulent rapids of news, opinion, argument, assault, abuse, humour, love … nuggets bobbing with turds, the gamut of human expression in constant flood, though in most moments the flow seems thick with darkness and a sort of combative anger and despair.

How do we hold on to hope when this is the consuming image we are given of the surrounding world? How do we hold to hope when in all likelihood this image is the truest ever recorded of the darker possibilities of human interaction?

We probably always had this in us … ‘in us’ being the key: our darker angels, kept close but quiet. And now they are there daily, hourly, flocking by the minute, outside us and imposed on others. For all to feel.

And that world has delivered us a political environment cast in its own image. That President again, a rolling omnishambles that trails a world divided, for and against, brawling in his wake.

And he has momentum, the blind haste of a manic, anarchically egotistic, confusion.

The speed of the accompanying conversation is too fast now for the traditional constraints of reason and logic. Nothing stands still for long enough to be queried, verified, tested and against truth. We will need to reframe, re-calibrate our defences if we are to make something human of this powerful babble.

Which is where individual good grace might be a significant asset. Where a personal stillness might be the most resolute defence. More than anything we probably need to turn away a little, and quietly assert the most potent resistance possible: our capacity to ignore some of the gurgling stream tugging at our ankles; wade against it, using straight talk and simple human contact, in the hope of finding perhaps an island, maybe a crossing.

This piece was originally published on Medium and was reproduced with the permission of Jonathan Green.

Jonathan Green is the editor of literary journal Meanjin. He has been a working journalist since the late 1970s. This makes him both very old and reasonably experienced.

After an early degree-ending flirtation with public radio, the bulk of Jonathan’s career has been spent in newspapers, beginning with a cadetship at the Canberra Times and taking in a small Cook’s tour of Australian dailies: the Melbourne Herald, The Herald Sun, the Sunday Herald, The Sunday Age and The Age.

The Age was a settled patch, 15 years in which Jonathan worked as a senior editor, night editor and section editor, spent three years writing a daily column, joined the Fairfax team covering the Athens Olympics, and edited The Sunday Age.

Proof that old dogs can be made at least passingly familiar with new tricks, Jonathan left The Age in 2006 to work for the first time online as editor of Crikey. After three years there and having gained a nodding familiarity with the ways of the internet, he at last found his way to the ABC as foundation editor of ABC Online’s The Drum.

He presents Sunday Extra and fills in on RN Drive.

One thought on “Trump & the tide that carries us away”